I took photos today in Fletchers Walk and Easy Row Subway used to be. Now heading under Suffolk Street Queensway.

Carl Chinn - Baskerville was one of our city's giants by ell brown, on Flickr 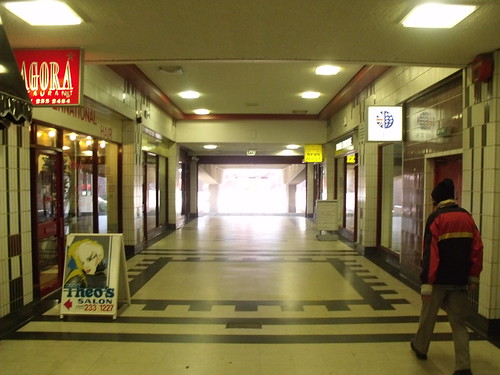 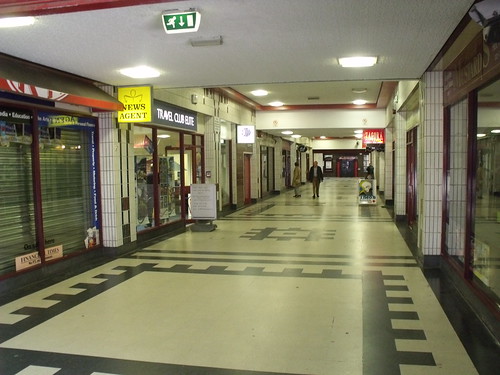 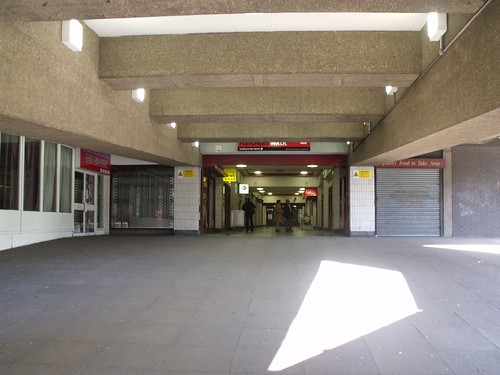 Suffolk Street Queensway is above 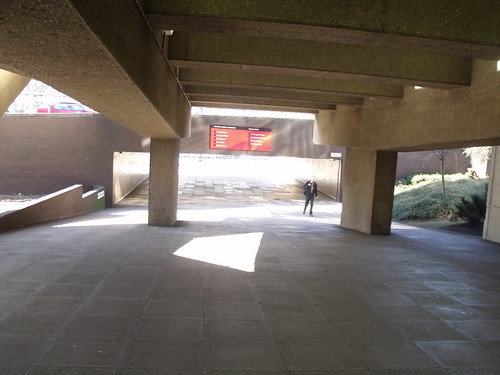 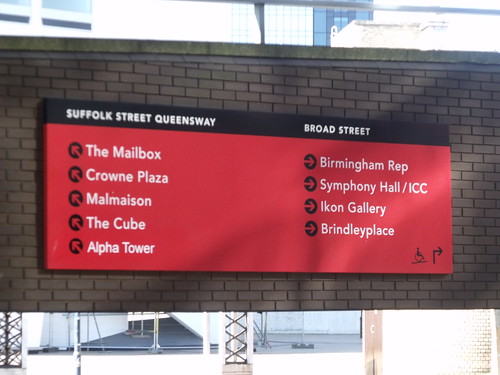 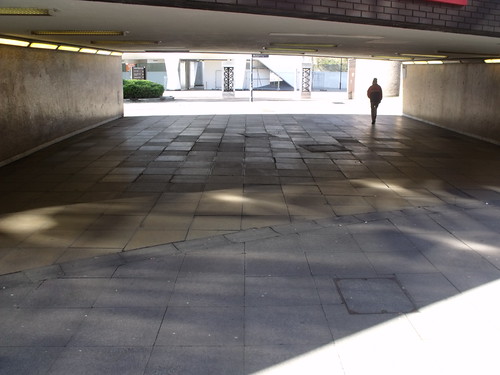 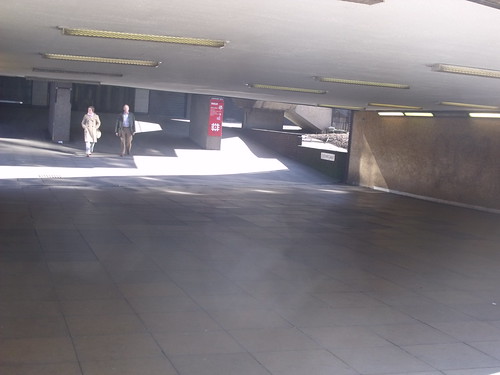 On the other side is the Alpha Tower. Beyond that is the land for Arena Central 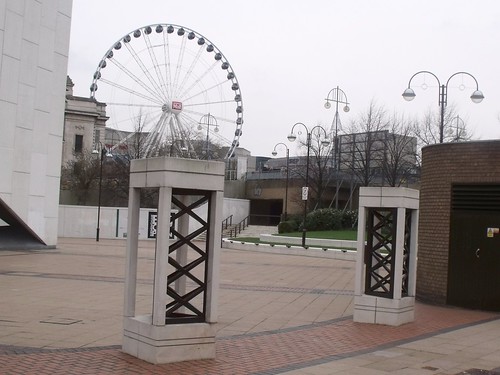 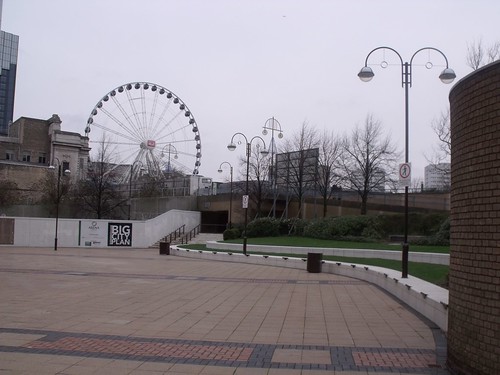 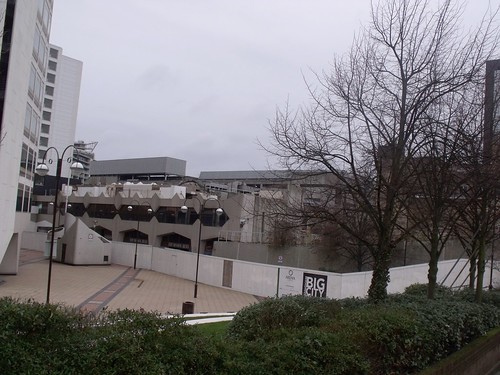 And you would go up this way towards Broad Street 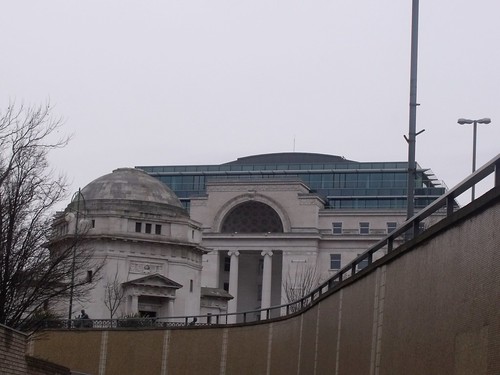 View of the Hall of Memory and Baskerville House by ell brown, on Flickr

Staff member
These photos have taken me back so clearly to when I worked at Alpha Tower. Used to walk down Easy Row Subway to get there. It still looks the same - unfinished - as it did then in the 80's. But I expect this area will finally become a bit more integrated when the new library is finished. Glad to see Fletchers Walk looks more vibrant than I remember it, so that's good. Roll on completion of the library! Many thanks for posting these ell. Many of these areas are out of sight on street view, so for those of us who no longer live in the area it's a great way of seeing how things are developing. Viv.

Is the Spanish restaurant in Fletchers Walk still going? Used it lots of times when I worked in town.

Thank you for sharing, Ell. I see the architecture has a different symetry, now.

Staff member
A couple of question from Ell's photos. What's Arena central? And is the big wheel still there? Viv.

Arena Central is where Central TV used to be based. It used to be the site of a Masonic building (now sadly demolished).

They were planning on building a tall tower on this site, but it hasn't happened yet. 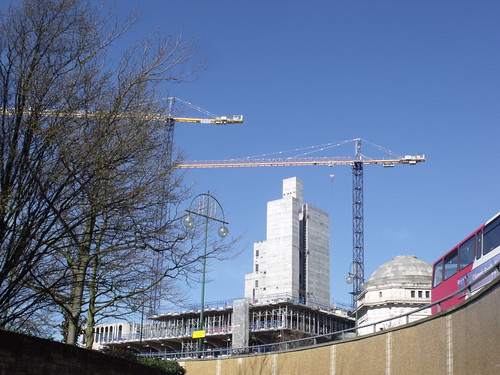 The Library of Birmingham from Broad Street by ell brown, on Flickr

Staff member
Thanks Ell. Wondered if the Wheel might have been like the London Eye which is still attracting many, many visitors. That planned tower sounds a bit like the smaller tower that was planned when Alpha Tower was built in the 70's but was, I think, abandoned. I really hope the library development pulls all these buildings together in this part of town. Viv.

If the Paradise Circus redevelopment happens (post 2013) they may demolish Fletchers Walk and the old Central Library (they refuse to let it be Grade listed).

davidfowler said:
Is the Spanish restaurant in Fletchers Walk still going? Used it lots of times when I worked in town.
Click to expand...

In my photos there is a Zagora Restaurant. Is that it?

The wheel has been in Birmingham several times in Centenary Square. It travels around the country, and around the world. No idea if it is coming back or not.

Staff member
Must admit I have mixed feelings about the value of the current Central Library and Fletchers Walk. They just seem so souless. Looking forward to seeing how the new Library develops and what it does for this area. Didn't realise these ferris wheels travelled around. How amazing! Viv.

Info about Arena Central on Wikipedia. Now known as the V Building.

The V Building (formerly known as Arena Central Tower) is a proposed 51 storey residential skyscraper approved for construction on Broad Street on the Westside of the city centre of Birmingham, United Kingdom as part of a larger development scheme called Arena Central on the former ATV / Central Television Studios which had closed in 1997. The entire development site covers an area of 7.6 acres (31,000 m2). On completion the development is set to include offices, shops, restaurants, cafes, leisure/entertainment, fitness centre and hotel. It will be located next to Alpha Tower, one of the tallest buildings in Birmingham, on what is currently a multi-level underground car park. The total cost of the entire scheme is expected to be £400 million, and the tower, £150 million.
The estimated date of completion was for 2009, however, due to the setbacks this was deemed unlikely and a later date of 2013 has been produced by the developers and architects. The completion date for the entire scheme is expected to be of a later date.
Click to expand...

This is what it was like a few years ago. Might have been cleared up since then (sure TV's Hustle filmed here) 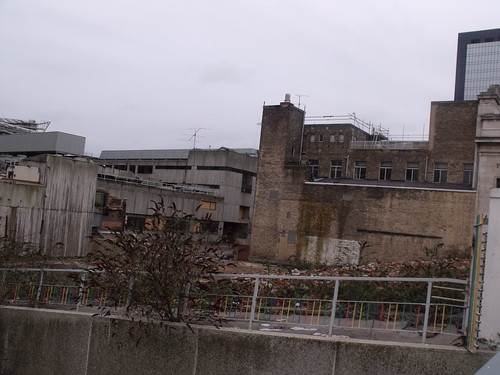 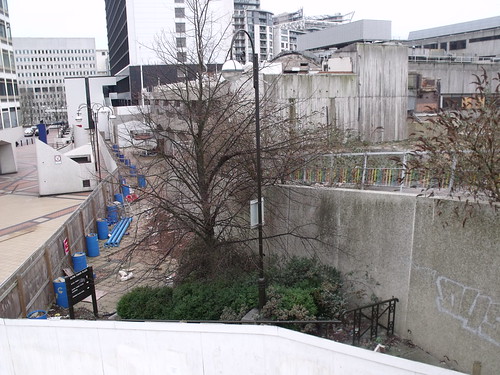 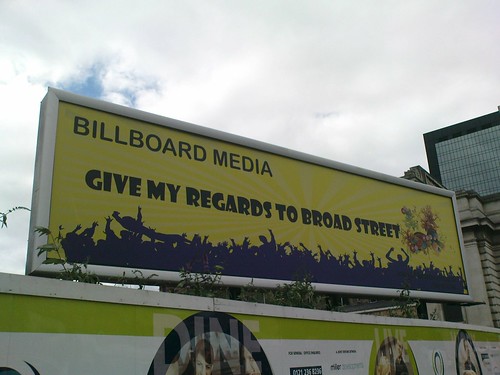 Billboard Media - Give my regards to Broad Street by ell brown, on Flickr

From "Birmingham Up Town Through Time" by Mac Joseph, Ted Rudge and John Houghton

Easy Row
Easy Row that ran from the north end of Suffolk Street to Cambridge Street was demolished in the 1960s when Paradise Circus and a pedestrian underpass was created. Easy Row was lost to Birmingham alongside the maginficent Woodman Public House with its glorious ornate pillars and interior decoration, as well as the Civic Radio Services who sold gramophone records.
Click to expand...

From "Birmingham Then & Now" by Mark Norton

EASY ROW WAS a little bit of Georgian Birmingham that lay close to the city centre. The scene from the early 1960s shows the section that lay between Great Charles Street and Edmund Street. The grand Victorian building of the National Savings Bank had obviously replaced some earlier Georgian structures; it was originally built as the Birmingham & Midland Homoeopathic Hospital in 1873, a role it was still fufilling as late as 1946. To the left is a shop of Thomas Smith, who made violins and cellos. Nearby Merry's are advertising 'Great Bargains' in their demolition sale. Easy Row disappeared from the map when Paradise Circus was created and Easy Row Subway (which links Fletchers Walk to Alpha Tower) is all to remind us of its existence today.
Click to expand...

Staff member
The new development plans include a lot of facilities. Got to be an improvement on the photos in post 17. Plans also include a hotel. Has the Holiday Inn been demolished then? Used to be able to see into the Inn from Alpha Tower offices. Not ideal for hotl residents. Viv.

No it is still there. Now a Crowne Plaza. By chance I took new photos of it yesterday. 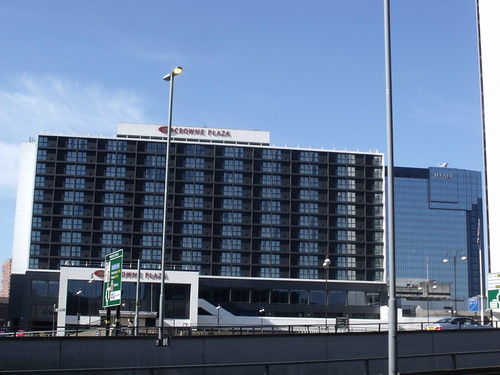 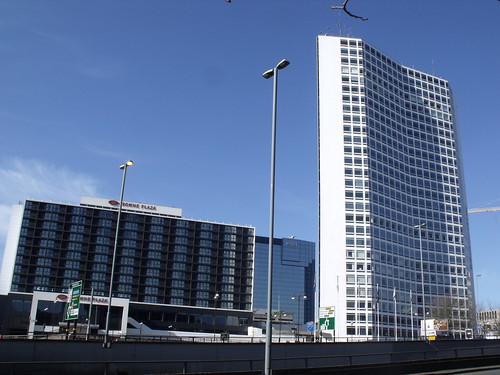