Staff member
morning john.. this is the buildings at risk thread..the primark building is not at risk mores the pity...link below to the primark thread to have your say

Walked down Trafalgar Road from Moseley to the Moseley Road in Balsall Heath again, and got this view from the back of the office range of the former Tram Depot in Balsall Heath. If the School of Art was restored, why not this building? Surely the Creation Climbing Centre could take it over. 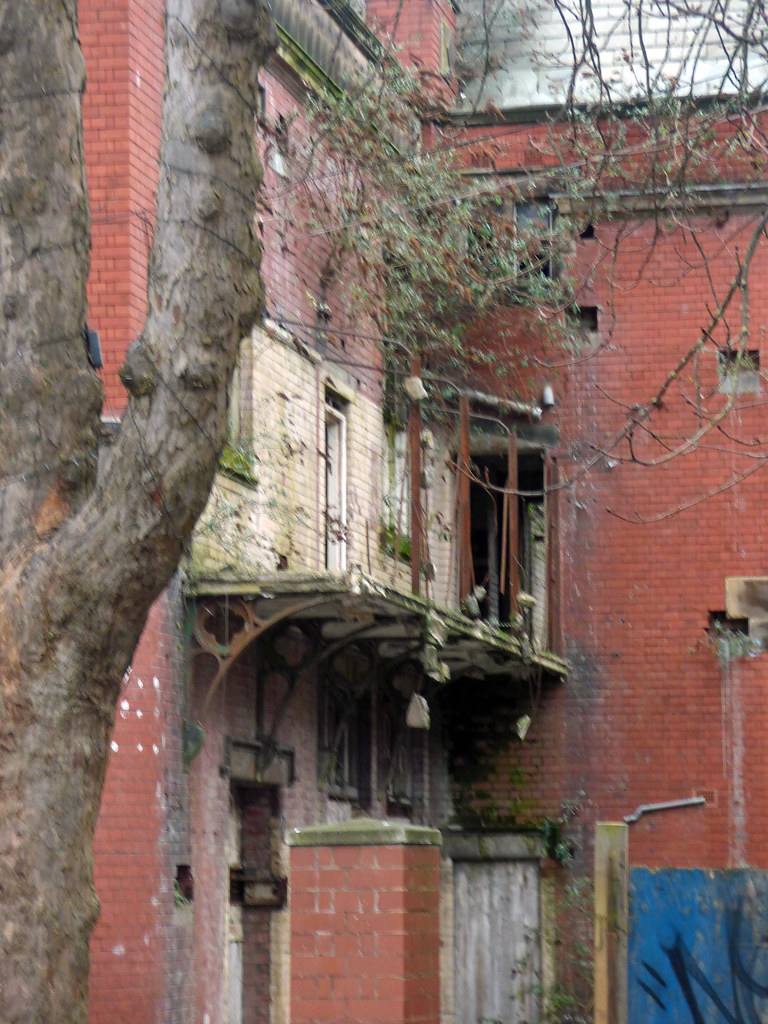 Staff member
absolutely tragic ell....by the looks of it someone needs to save it soon..thanks for the photo...thinking about it and i would have to check my notes i think i had ancestors in trafalgar road many years ago

Reminds me of earlier posts on this thread [137 etc]. Council indifference caused this. Whats the point of having "listed buildings" if BCC lacks the will to protect them. In even worse condition now - suspect "developer" is letting it rot away in the hope of demolishing & redeveloping site.

ellbrown said:
Taken another photo from the 50 of the ex tram depot on the Moseley Road in Balsall Heath. The building to the back is being used by Creation. A wall climbing place with a skate park. Took a few photos of this a few years ago so old, Shame that the ways been left really.

Back for a walk around town today. Popped to the Jewellery Quarter near St Paul's Square.

Got three new photos of 61-64 Ludgate Hill. The building on the right is under scaffolding. Doesn't look to good. 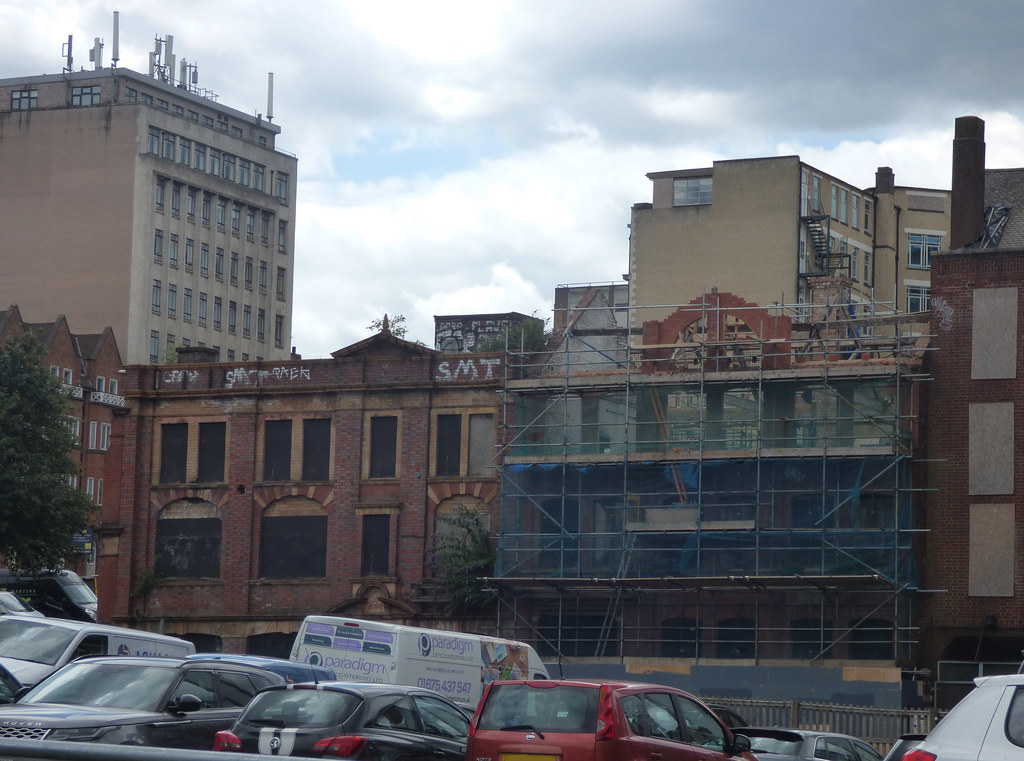 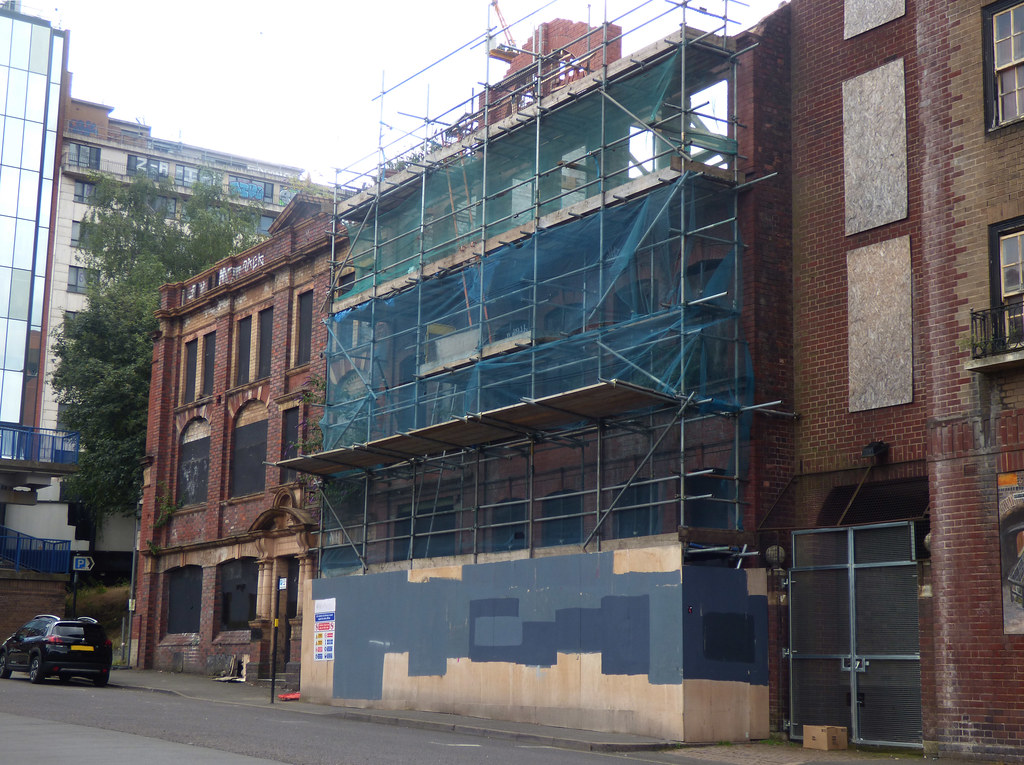 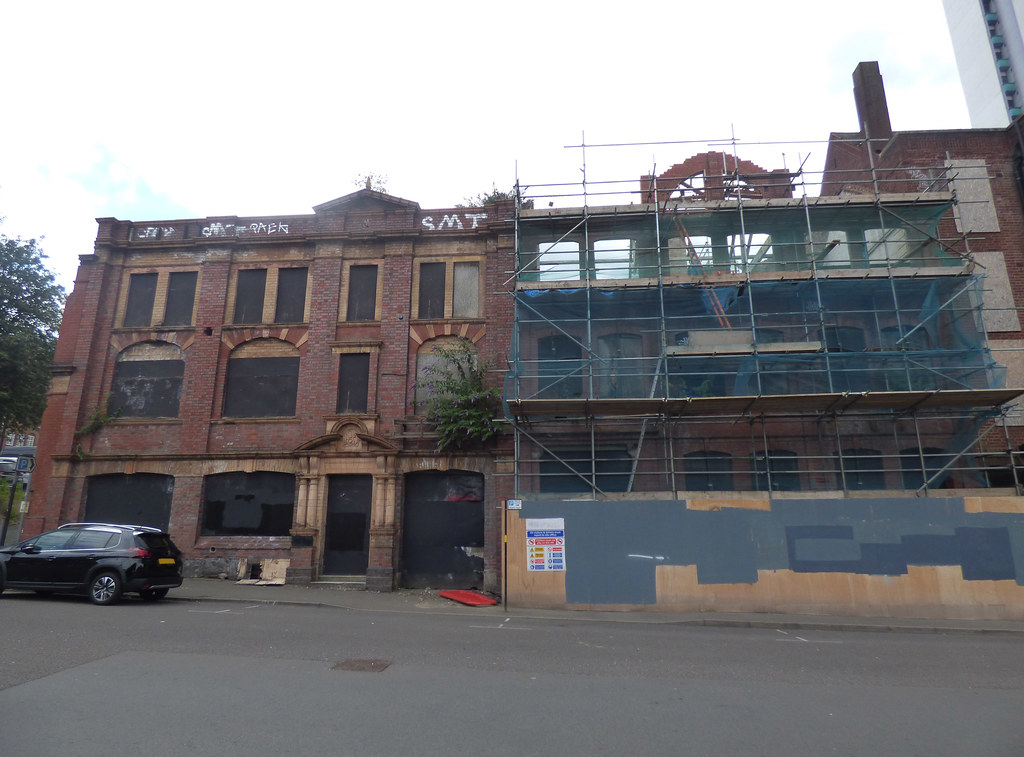 Staff member
Looks like they are preserving the frontage

Staff member
The one of the left (and maybe the right) was Philip Harris and Co, laboratory equipment.

ellbrown said:
Back for a walk around town today. Popped to the Jewellery Quarter near St Paul's Square.

Got three new photos of 61-64 Ludgate Hill. The building on the right is under scaffolding. Doesn't look to good.

Morturn said:
The one of the left (and maybe the right) was Philip Harris and Co, laboratory equipment.
Click to expand...

thanks mort i was wondering what the buildings were used for

Morturn said:
The one of the left (and maybe the right) was Philip Harris and Co, laboratory equipment.
Click to expand...

Morturn, is Phillip Harris still in business? Almost served my apprenticeship there.

Staff member
Apparently they are: 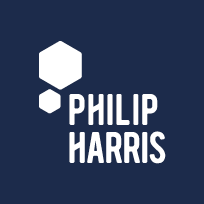 mikejee said:
Apparently they are:

I know, I bought a bunsen burner off them not too long ago. They had a tip to the left of their building that was then waste land. I would spend hours there racking through it to retrieve the odd thrown out test tube, piece of glass rod or flask.

Mom bought me a Merit chemistry set as a kid, I was totally absorbed with it.
T

Hope that good buildings can be protected
Last edited: Jul 24, 2020

Not seen that before Dave. An interesting (albeit one-sided !) view of the 1950s/60s housing development. Thanks for posting. Viv.

I have watched the video with interest, as I am the same age as the eldest boy in the film, and I knew lads that had moved on to that estate near the Bristol Road, I of course was lucky and moved on to the new Bartley Green estate in the early 50's and grew up in the wonderful Warwickshire country side. I agree with Viv slightly one sided, documentary, as it was opposed quite angrily by some people, mainly the elderly, who were frightened about being, (up in the sky), and broken away from their family's and friends, where some had history stretching back generations in the area's being cleared. The council on the other hand were one of the better caring councils and by enlarge were interested in the welfare of the people involved. Nice to see a bit of Birmingham I remembered as a lad. Paul

just quick remembrance, a younger lad said either to me or in my hearing, about what he missed from the (old ouse,) thinking he slowly said, "there ain't anybody to talk to in the toilet, and tell me how the Baggies got on). !!! Paul

The 17 historic Birmingham buildings at risk of being lost forever

The 17 historic Birmingham buildings at risk of being lost forever

My Mum & Dad were married at St Benedicts Church on Hobmoor Rd which is on the list. I have never been in there eventhough it was very near to where we lived. I must look up this Byzantine Revival church. Tinpot
You must log in or register to reply here.
Share:
Facebook Reddit Pinterest Tumblr WhatsApp Email Share Link
Top