During 1976 the surving length of tram traxk in Edmund Street was uncovered and effectively restored...

This was where the Dudley Road trams started from and was the reason that the BCT/Midland Red buses on the B80-B89 routes continued to leave from here. The last remaining of these routes are the 82 to Bearwood and the 86 to Dudley which leave from Colmore Row.

Not forgetting the dear old 32 Lodge Road route. Latterly bus 96. An intriguing circuitous route, only surpassed in my opinion, by the Chinese railway which ran through Balsall Heath.
S

Used to walk past them in the 90s on my way to work at Louisa Ryland House.

Not the delightful Housing Department 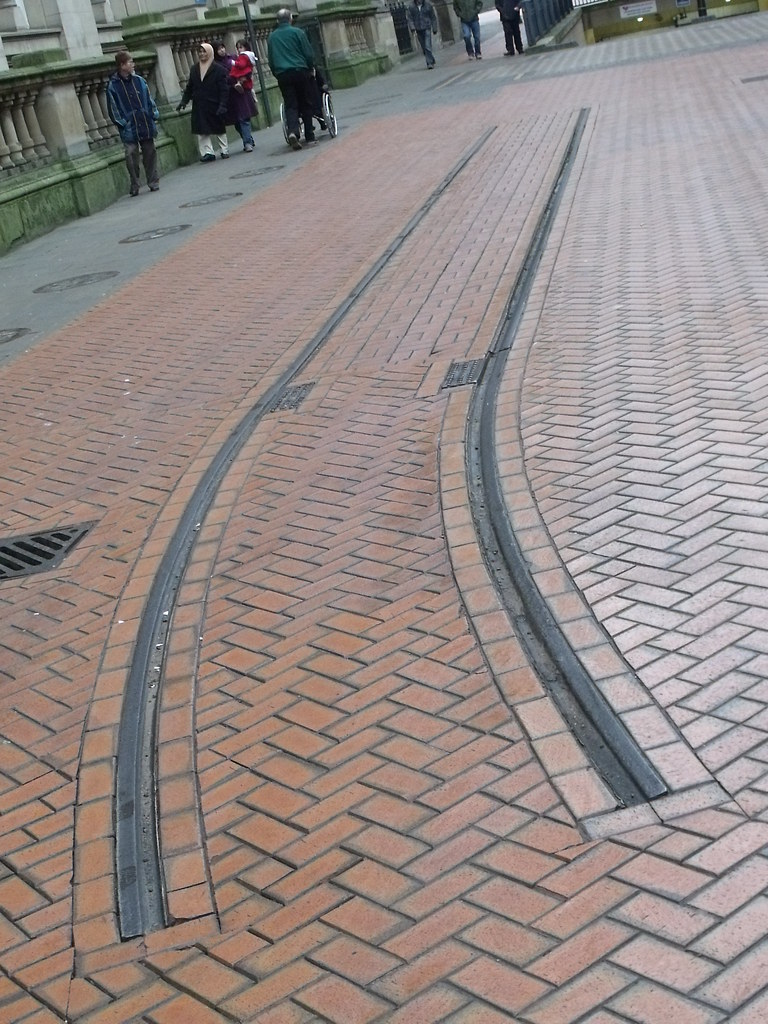 Morturn said:
I remember them in front of a row of bus stops
Click to expand...

What I am not sure about is whether the tracks were discovered under the tarmac or if new tracks were put in place as a public art feature. I have driven over them many times to and from the Council House underground car park which has now been closed.

I am sure the remains of the trackwork were covered over as the section was a major loading point for BCT and Midland Red buses in routes B80 - B89. It would have been after March 1947 when the last trams, on the 32 Lodge Road route, ran. It seems that when the area was being pedestrianized the track were lifted and re-sited during the re-construction work. This was possible as the buses loaded elsewhere by this time.
It was a good gesture to the historic past of the old tramway system that once operated from that part of the city.
The other section of trackwork, from the old system, that still exists, is at Rednal. (Photos are here on BHF elsewhere).
I believe the section at Rednal was chosen as little roadworks were done in that particular spot unlike other areas of the city.
It was also a good choice. Most people were only familiar with the tram routes that ran where they lived or used when visiting relatives and friends. But Rednal, tram route 70, was familiar with a large percentage of Birmingham's citizens - and from neighbouring places - as it was the place where so many, over very many years, had gone for a great day out. I went there a quite a few times, but in my case it was more for the tram ride than scenery.
S

Morturn said:
Not the delightful Housing Department
Click to expand...

This is the current scene with the track track. The ramp down to the council car park long since blocked off by Paradise Birmingham. 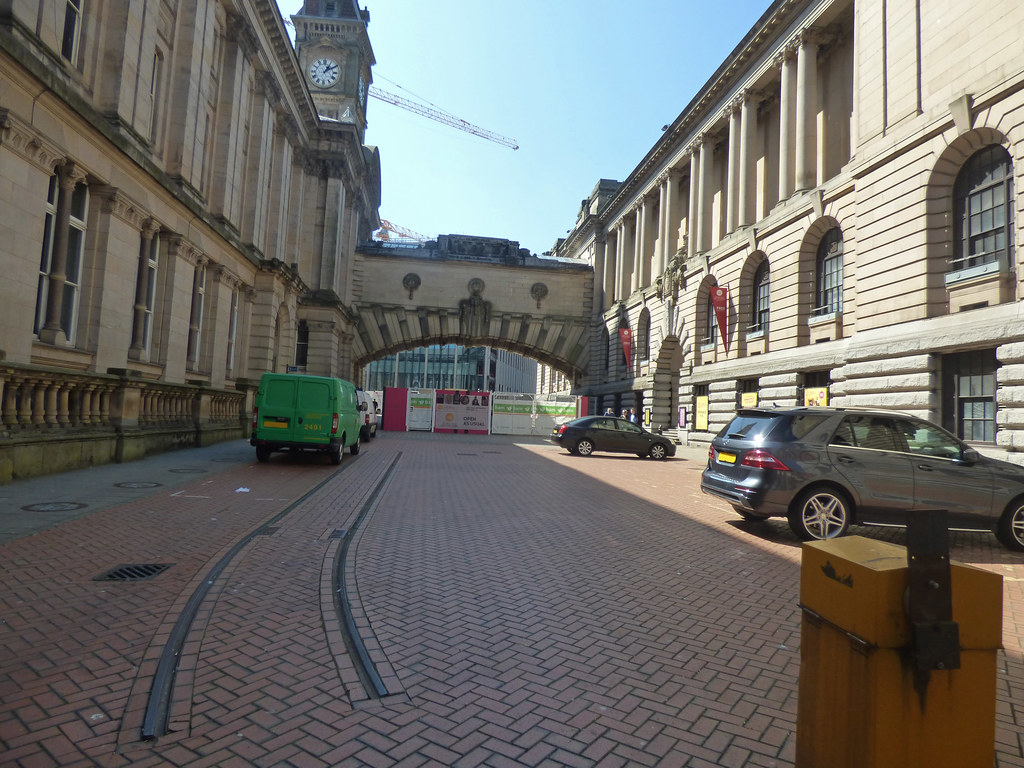