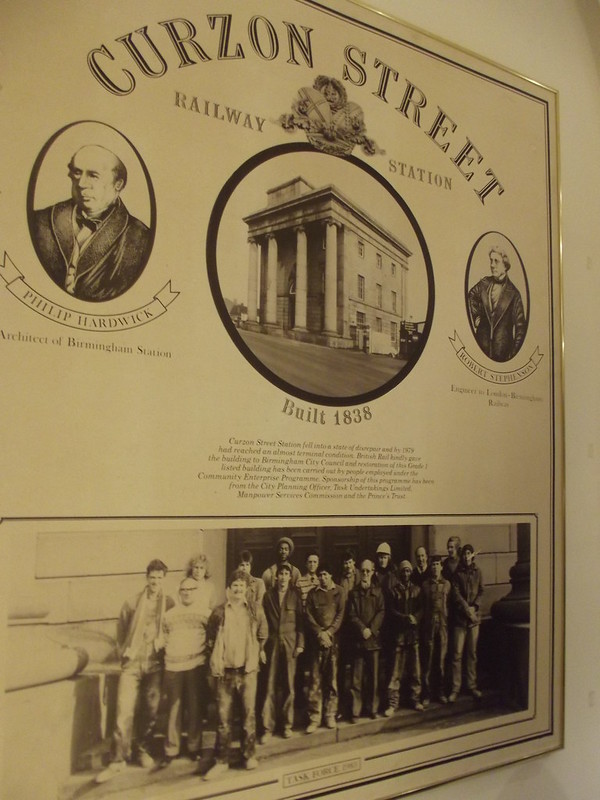 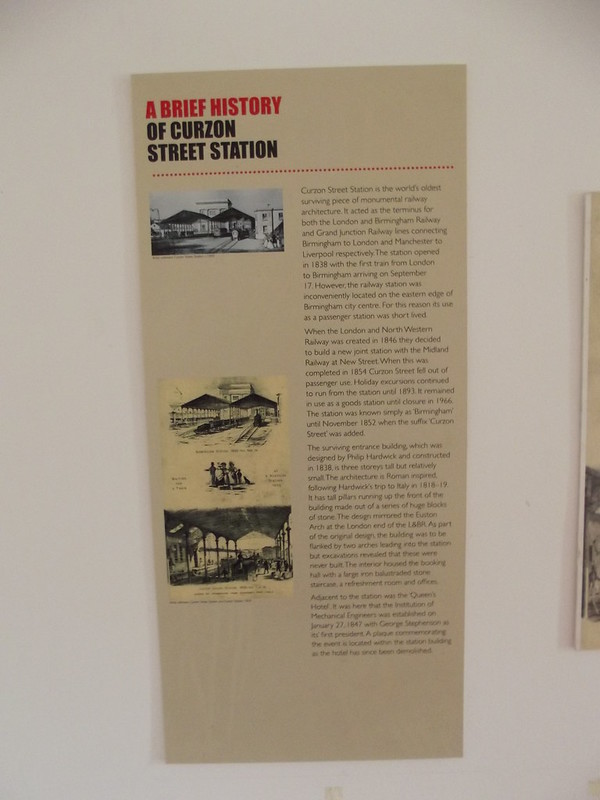 Staff member
An interesting aspect of railway history. Personally it gives me the creeps.

I have attempted to replace some of the lost photos in the earliest posts of this thread. They may not be the exact ones originally posted. So if anyone has the originals (or can add any of the other lost photos) be very grateful if you could let me know. Many thanks. Viv.
Last edited: Mar 30, 2016

Curzon Street- the station building has now been fenced off from the yard behind no doubt in preparation for work to start. The HS2 phase 1 bill received Royal Assent on Thursday 23rd February.

There is very little left of what stood there. The raised platform area is from the time the Parcels depot stood. The Parcels Depot was the last phase of railway operation, until now. The first was the passenger stations (of LBR and GJR). Then with the line to New Street opening, the long period of a goods depot ensued. From time to time passengers excursions left here for Sutton Coldfield, departing from the tracks nearest the main line. The Parcels Depot came with British Rail rationalising the parcels and sundries service. The collection of pre war parcels vans that visited the depot in those times was quite varied.

In those days the old offices were not used and walking through that rear door was like stepping back in time. There was even a mummyfied cat on the table in the hall way

Came out of Millennium Point car park today and Parker pointed out that the original wall of Curzon Street Station is still standing - but for how long?
Last edited by a moderator: Mar 8, 2017

Did you see any of the Virgin Thunderbird Locomotives?

Not for years. I did meet Penny the Pendelino too! 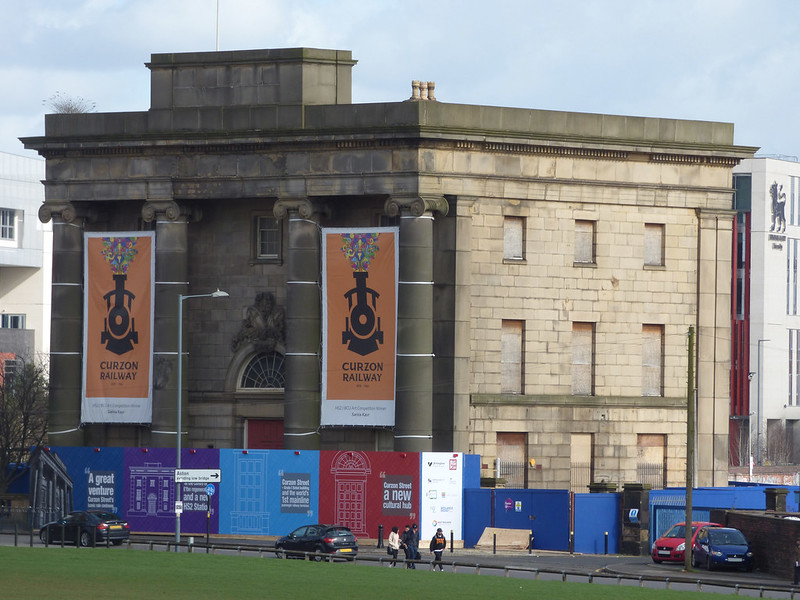 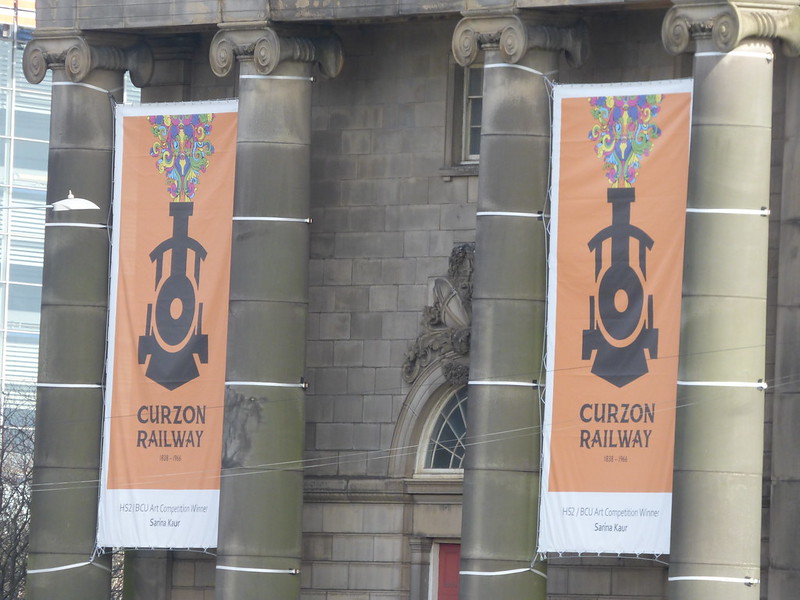 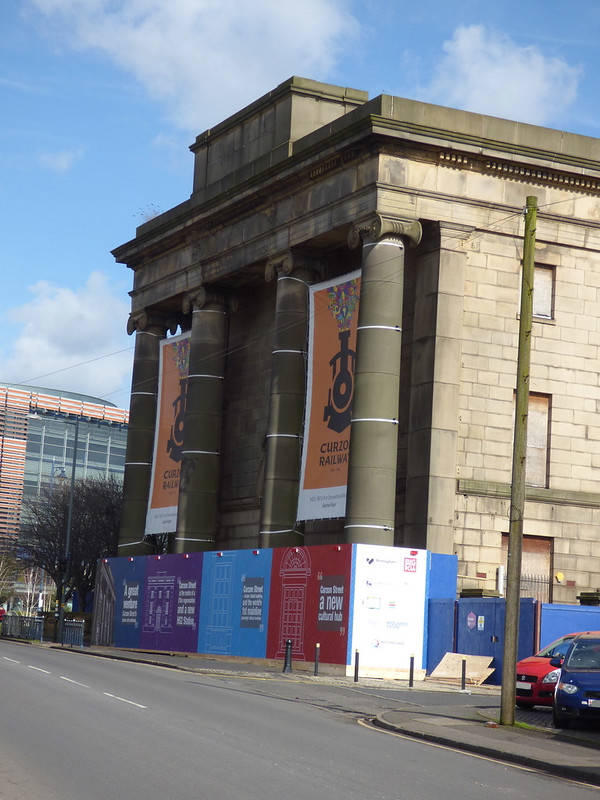 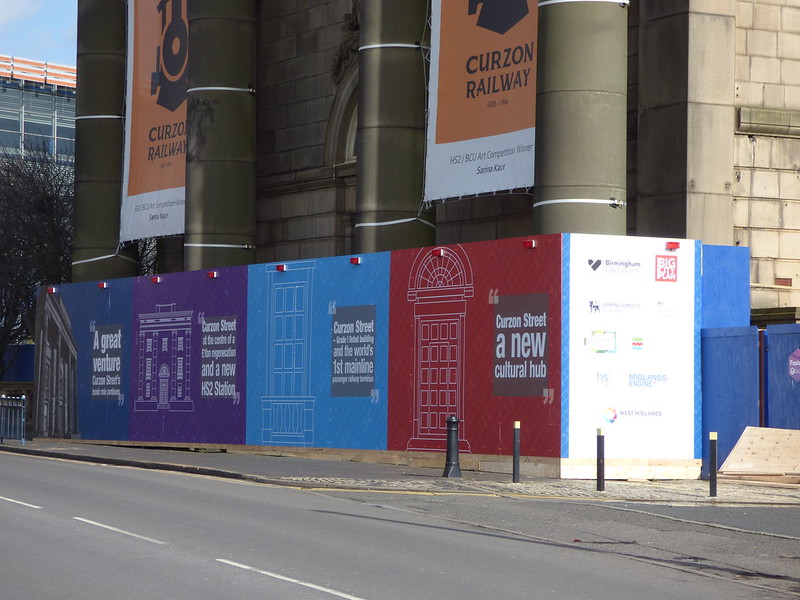 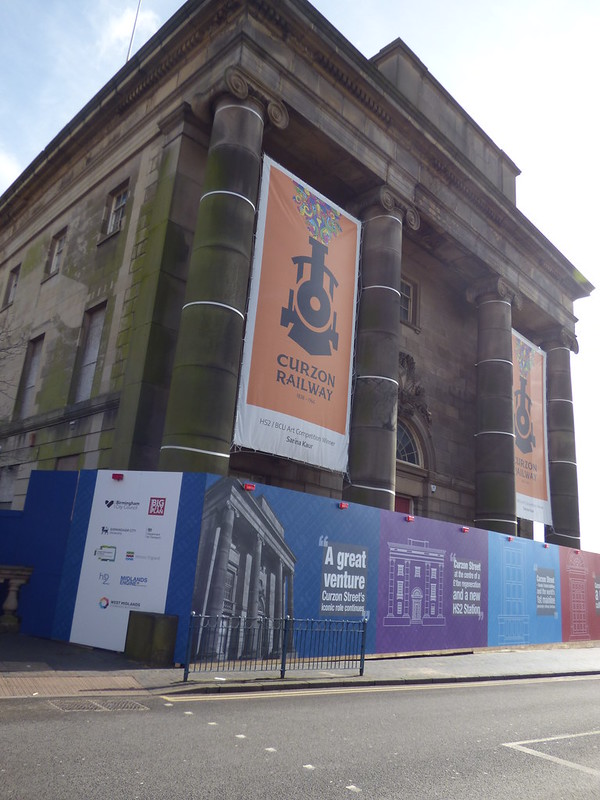 While I was there the other day took these photos of Arriva Trains Wales heading to Birmingham International. Seen between Fazeley Street and New Canal Street. 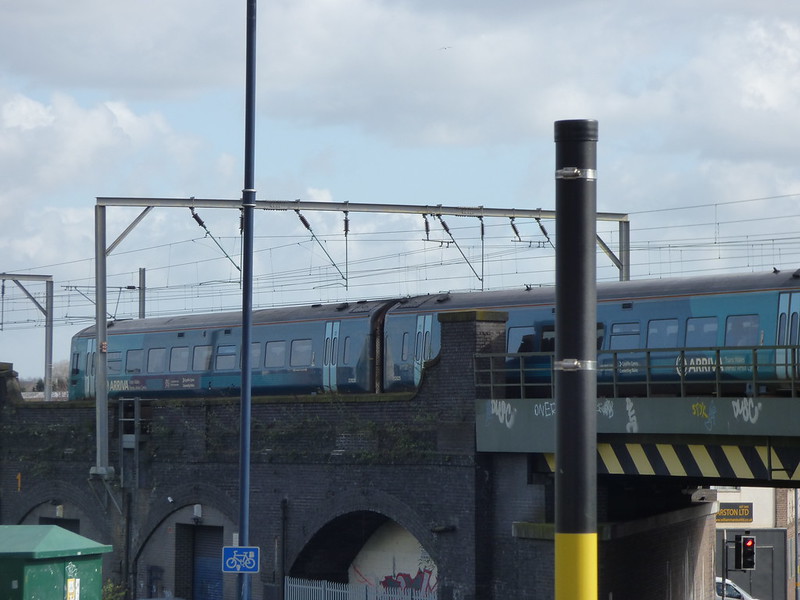 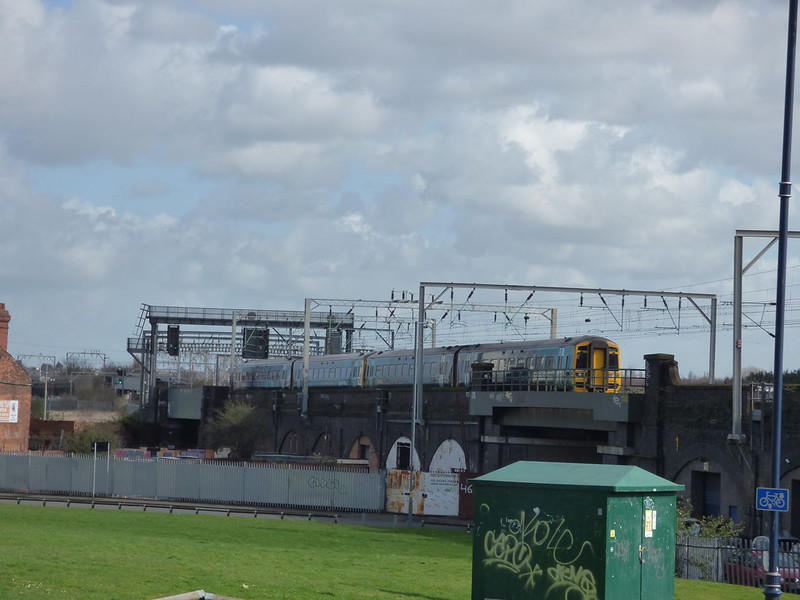 Lady Penelope said:
Not for years. I did meet Penny the Pendelino too!
Click to expand...

These Virgin Trains Pendolino photos from Eastside are from years ago.

From Eastside City Park in 2013 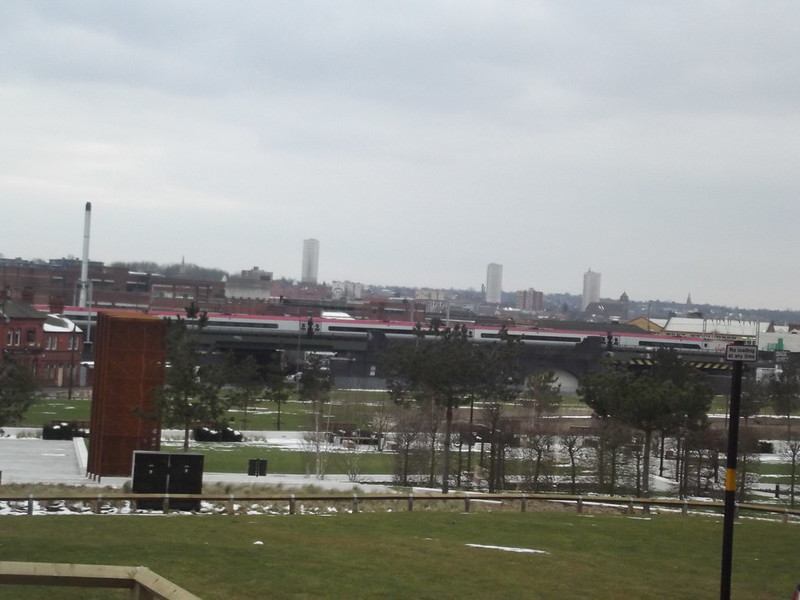 From the back of Curzon Street Station in 2014. This was while I visited the station for the Hidden Spaces. 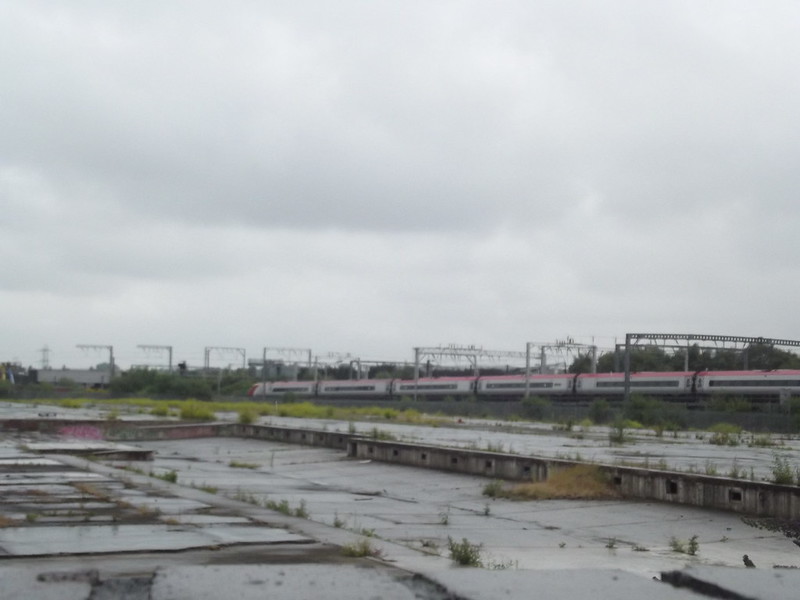 Lady Penelope said:
Came out of Millennium Point car park today and Parker pointed out that the original wall of Curzon Street Station is still standing - but for how long?
Click to expand...

yes pen i was around that way with my camera a couple of weeks back and also noticed the original station wall..hit and miss as to if it will remain though

My father was delivering from here on a railway horse and cart before the First World War. After service as postmaster for the Royal Tank Corps Depot at Bovington near Lulworth in Dorset, he found that his job had been given away to a married man and his only option was a lowly paid job making packing cases for Perry Pens in Lancaster Street. where he died on the job in 1952. He loved his job with the railway, but there seems to be very little left there today that would remind him of it if he was able to come back.

barrie said:
Hi Geff. Small world eh'. There is a photo of an LMS carter in one of the "Old Birmingham" books, its my old dad.
Click to expand...

Hi Barrie, My father did 50 years with the LMS, started in 1898 finished in 1948. He worked the markets as a young man until they promoted him to a lorry. During the 14-18 war he drove a steam wagon carrying shells from Kynocks to the railway, he told me that he had a man to walk in front of the wagon with a red flag. His district with the lorry was Bordesley- Yardley-Marston Green delivering small items to shops and farms in and around that area. GEFF

barrie said:
My old dad used to be a carter for the railways, and at one time he stabled his horse in Curzon Street. He worked for the LMS.
Click to expand...

Curzon Street became a parcels concentration depot and this was the last phase, firstly under BR then the Post Office.

Staff member
thanks jim...and thank god it has been saved...have been very worried about this building even though it is the oldest train terminus in the world..

Staff member
Love the phrase in the caption "a peripatetic baked-potato venture" ! Oh for the days of a quieter and more leisurely pace. Nothing new there. Viv.
S