Tinpot said:
It's also the where. When I look at the photos of areas of redevelopment what has happened in the city is a redistribution of land use from families to business alongside accommodation of the car with massive road development. This also meant that large tracts of land are simply used for car parking for a lot of single floored warehouses/industrial units.
Click to expand...

I agree Tinpot, in the US the land ownership system is different. What you describe is called eminent domain where the government, state or federal take the land as you described. This for the last 50 years or so has been fought by the populous tooth and nail, mostly winning. What is such a shame is there are alternatives it’s just that the government just want to take the easy path!

What I see and read on the Forum is SO much wonderful history, knowledge and beautiful architecture, here in the US because the country is so new (by comparison) it is devastating to see so much destroyed.
I spent so much of my early years on the platforms at Snow Hill, I learned about Brunel, went to the William Murdoch school was in Boulton house etc. I study the Industrial Revolution intensely. Snow Hill and GWR was not just another station, it was WORLD history!
R

MWS said:
It always surprises me how many people used to live in the Bham area in a much smaller developed area.

Which isn't far off the modern population and there were still large areas that were still farmland,
Click to expand...

MWS, that’s an astonishing number and given natural organic growth in population is 3% over time where did they all go?

If you had the number for motor vehicle population in 1901 and now it would be staggering!
T

In 2020 a Google Earth view shows that 13 bays of the Whitworth factory building still exist as does the school building (minus it's spire) seen in the 1934 view near the corner of Tilton Road and Garrison Lane. The white building next to the school is now used as a mosque. Lime Grove has been replaced by a car park but Venetia Road is still there minus houses. I suppose the folk of 1934 would have been surprised to be told that sometime in the future an 'HMS Forward' would appear in the area.
View attachment 161636 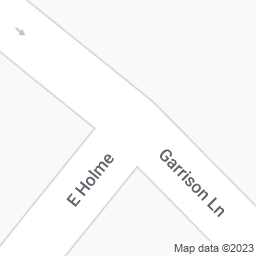 When I first looked at the photo HMS Forward I thought it was some kind of residential building but it looks more like a 'ghost ship'.

Richard Dye said:
MWS, that’s an astonishing number and given natural organic growth in population is 3% over time where did they all go?

If you had the number for motor vehicle population in 1901 and now it would be staggering!
Click to expand...

I suppose some of them (or their children) would have moved to places like Solihull, Sutton Coldfield, Tamworth and Redditch.

MWS said:
I suppose some of them (or their children) would have moved to places like Solihull, Sutton Coldfield, Tamworth and Redditch.

MWS, as a dear friend would say, it is what it is! Those are major population shifts….
E

The council demolished most of those places in the sixties/seventies.

Search > Grid | Britain From Above

This 1933 aerial view shows Summer Hill Ice Rink built c1930. Years later in the 1950s I had happy teenage years in the rink five nights a week and often on Sunday mornings. I did have a two year break for national service in the RAF.
Five buildings shaded pink are still there today with Spring Hill Library on the right standing on the corner of Spring Hill and Icknield Street. A building in the centre stands immediately opposite the rink. The upper part of a large house behind shows in the middle of other buildings and it is know as Heaton House. I do remember the Summerhill Tavern on left, because with no alcohol allowed in the ice rink, we used to go across the road (with our skates on) to have a quick half pint. Lots of housing across the view.

image source 'www.britainfromabove.org.uk/'
The modern view below shows the ice rink site cleared for a building project. The rink had previously been replaced by a car showroom which had been demolished. The large house which stood in the middle of other buildings now stands fully visible in a cleared area ... it is known as Heaton House. The new buildings in the foreground look interesting.

The ice rink as I remember it. It did become a roller rink when ice skating moved to Silver Blades.

The car showroom which replaced it.

The site cleared ready for luxury apartments to be built.

Click the link below to look around Summer Hill. 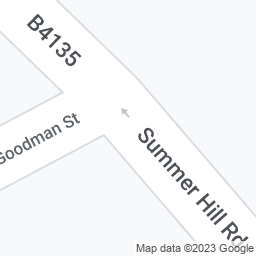 What a great loss all that history gone. I understand that wealthy shops were along this street. Does it show the pub in the photo?
P

Thanks for sharing this lovely photo I done in the past a painting showing the trams along there.

This 1948 aerial view in Edgbaston shows Harrison's Road running upward from bottom-left to it's junction with Richmond Hill Road. Someone on 'britainfromabove' identified a small building at the end of a garden as a 'WW2 Defence Post'.

On a another close-up view from a slightly different angle a small round building can be seen.

A matching modern aerial view shows the area today and some houses seen in 1948 are still there, some are not.

Down at street level the building can be seen - concrete roof - it is somewhat unusual. Does anyone know anything about it. Were there similar buildings in the large gardens of that area ? They would not be shown on maps in WW2.

oldMohawk said:
During an air raid on 10 April 1941, Torrey Grove Alum Rock was hit by high explosive bombs.
Photo 1 appears to have been taken from the back garden of house No 5 looking at a man carrying his young daughter as he stands in the garden of No 3 which had been very badly damaged.
House No 1 to the left was completely destroyed and was been replaced by a different design house as shown in photo 2. According to Birmingham Air Raids Rememberance Association (Barra) all three members of a family living there lost their lives.
View attachment 132969

Barra also states that of six people living at No 16, a mother and four of her young children lost their lives. They may of course been in a garden air raid shelter.
The names of the families killed in the bombing can be found from the Barra database and there is some comment in another thread on the BHF about the family who lived in No1.
Click to expand...

Pictures like that put life in perspective for me, we really don't know how lucky we are today even with covid. A few days ago a woman in Tesco erupted at a member of staff because there was no Bavarian Smoked Ham, "You tell me, go on tell me what my children will take to school tomorrow, they don't eat what this company calls ham only Bavarian Smoked ham so come on tell me what they'll have" Don't think she'd cope too well with a bomb hitting her house, she went ballistic when told to leave the supermarket; that said it livened up my shopping experience

In 1928 the Carlton Cinema was opened on Taunton Road as seen below.

A view now from a similar position.

On 25 October 1940 the cinema was full when an air raid warning flashed on the screen but as people were thinking about heading for shelter, a high explosive bomb crashed through the roof to explode just in front of the screen sadly killing 19 and injuring 20 more. They are named and remembered on the Barra website https://database.birminghamairraids.co.uk/

In 2007, a memorial to the 19 victims was unveiled – a grass area with a curved path representing the auditorium, a straight brick path for the screen and 19 slabs of slate in memory of each individual who lost their life on that tragic night.

After the bombing the cinema was repaired and reopened in 1943. An aerial view below (date 1946) shows the cinema.

A similar aerial view today. The cinema was demolished in 1985.

I wonder if that group sitting around on the edge rail are aware of the history of the site.

oldMohawk said:
A busy scene in Kings Heath High Street and a man on his motorbike with his wife in the side car ride towards the camera. The huddle of little girls on the right chat about something and a police constable surveys his patch. One building that has clearly survived is the Hare and Hounds pub with the three clock faces on its tower.

Below is the scene today and the clock face on the pub's tower can just be seen behind the street light on the left. Also a pointed tower on the building on the other corner of York Road is just visible.

A close up of the towers, York Rd on the left.

Google on Kings Heath High St ... have a scroll round ... 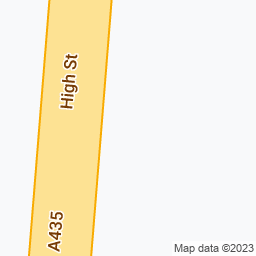