You can see an old railway bridge that crosses the Worcester & Birmingham Canal and the Cross City line in Bournville. It's the Cadbury Railway Wharf Bridge. What is it used for now? 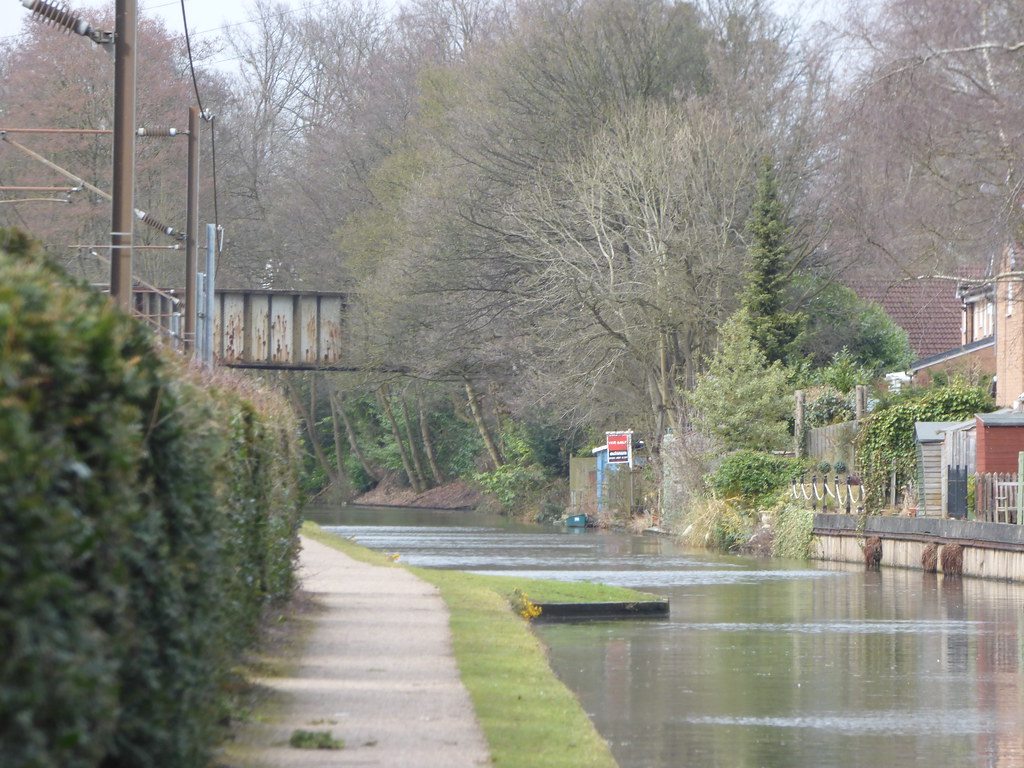 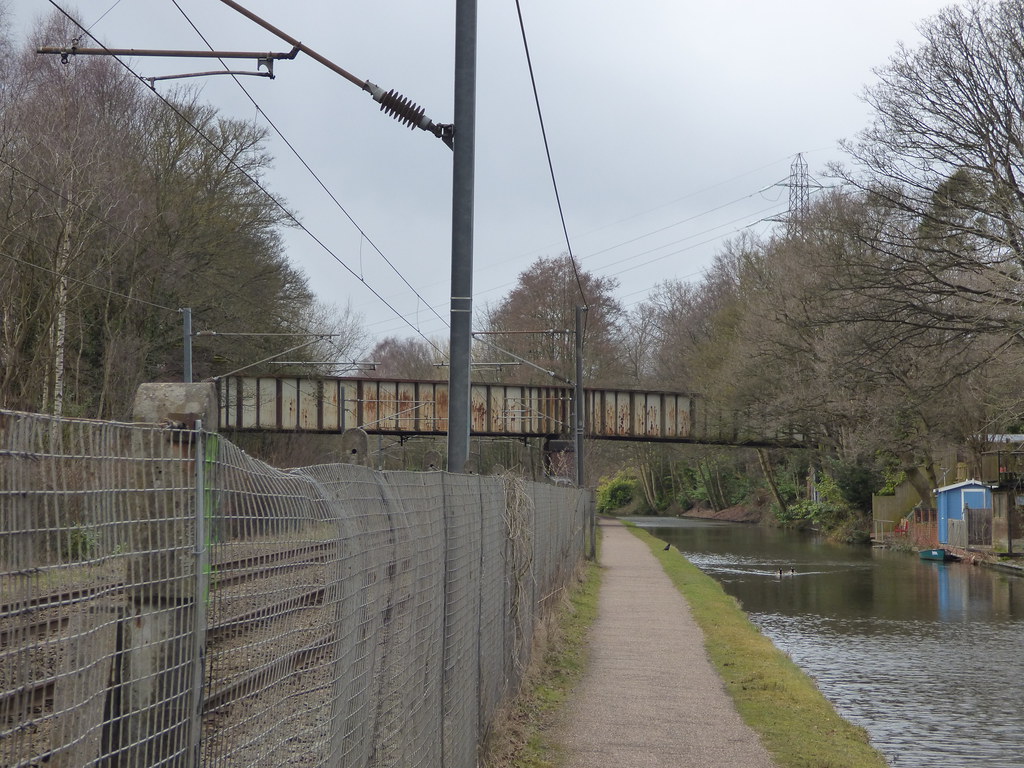 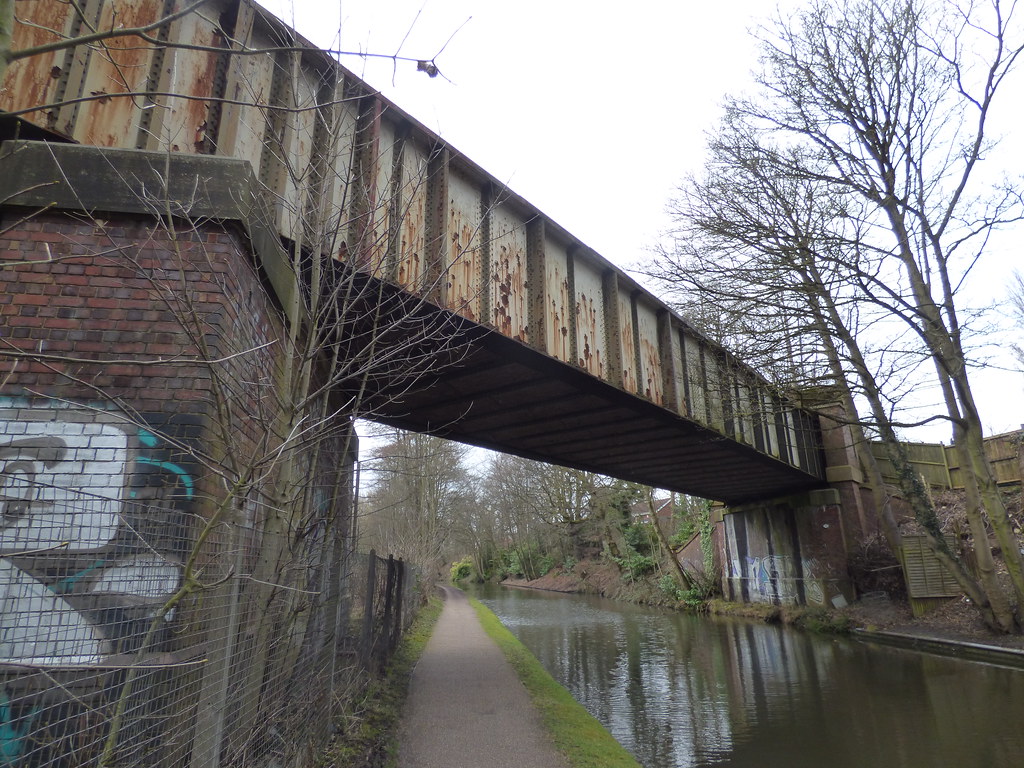 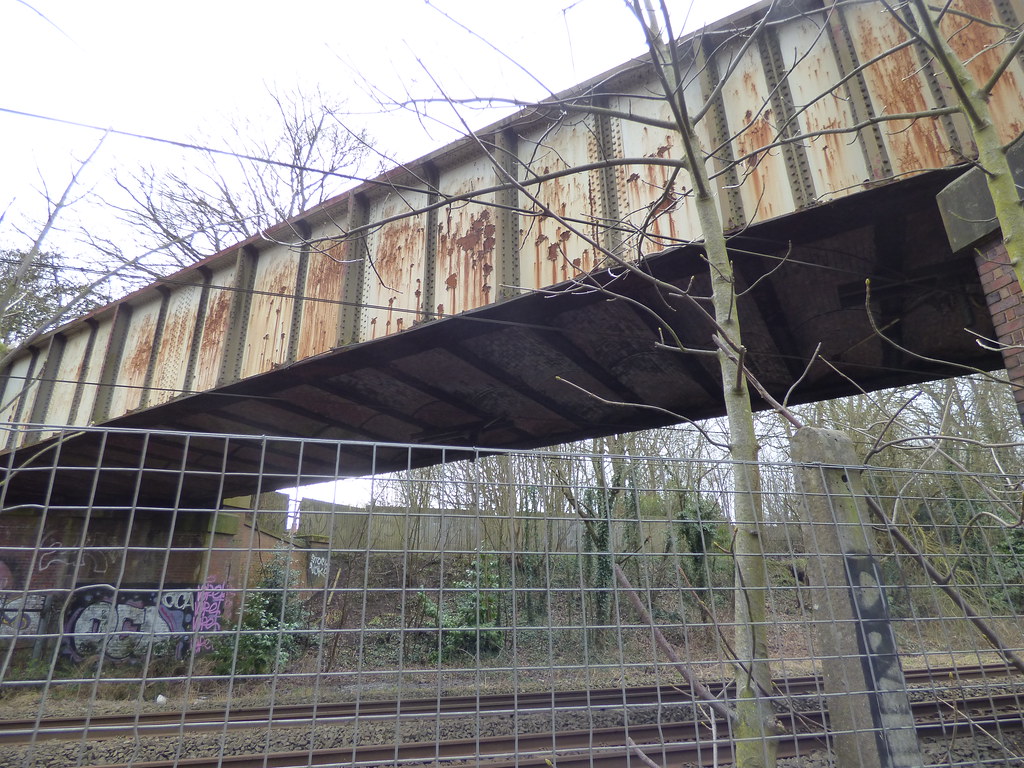 Staff member
I have cycled under this bridge a number of times and never given a though as to what it was used for.

Staff member
Is this it?


Cadbury Railway Wharf Bridge No 77A


The nearest place in the direction of Selly Oak Junction is Raddlebarn Road Bridge No 78 (With pipe bridge alongside and access to The Country Girl PH); 1 furlong away.

The nearest place in the direction of King's Norton Junction is Bournville Stop Narrows (A pedestrian drawbridge linking Bournville Wharf with towpath has long gone); 3 furlongs away.
Mooring here is unrated

Staff member
I don't think it is used for anything, or indeed has been used for many years. It was originally built to give rail access to the buildings at Waterside, (those square buildings on the other side of the canal). I think the use for that purpose had ceased by the late 1960s. By then I think the area was just used for storage of unwanted items. Now of course the waterside area is houses

I saw a path on the other side of the canal near the houses. There isn't a footbridge to that side (apart from the one back near Bournville Station). 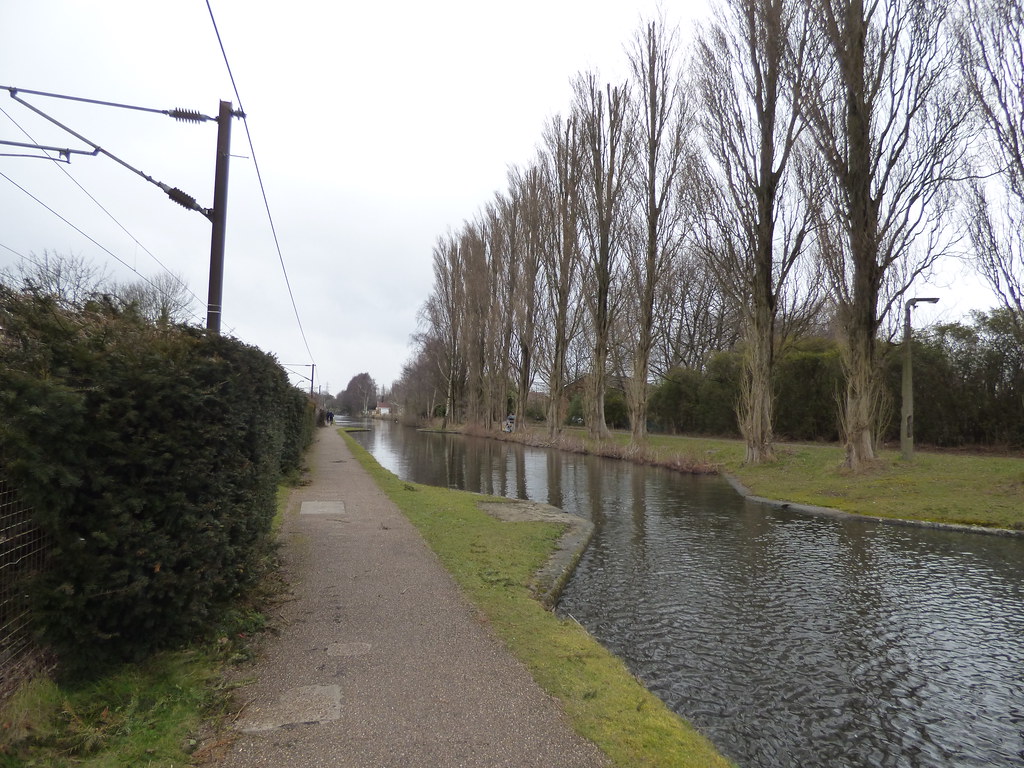 This bridge was last used by the private railway in 1976 I believe when the system was shut down by Cadbury and the Waterside sold off for housing. The Waterside was actually a later development of the railway system, The first siding simply linked with the West Suburban Railway and Cadbury's had a canal depot further south.

1st July 2008 From the old STW at Minworth, still at Amerton Railway

Morturn said:
I have cycled under this bridge a number of times and never given a though as to what it was used for.
Click to expand...

I could see this bridge from my garden, it led to a siding at the rear of houses in Umberslade road Selly Oak and stopped at Raddlebarn road opposite the country Girl pub. Many wagons were stored there waiting to be called into action.

Raddlebarn Road bridge is somewhat unique. This bridge has an arch over the canal, an arch over the original West Suburban Railway Route and a third span over the later Midland Railway improvements, now electrified.

nechells chemical works. it has took me yrs to find this loco.

The Minworth system of the Upper Tame & Rea Drainage Authority was the most extensive, although they did have narrow gauge track elsewhere.

One system served the filter beds at Washwood Heath, Saltley, originally had a standard gauge link. The narrow gauge system was later. In this view Motor Rail 7224 was at work.

Dave M said:
Sat in this one today at Apedale used to work at Minworth WorksView attachment 114485
Click to expand...

poo i can still smell it

Heartland said:
The Minworth system of the Upper Tame & Rea Drainage Authority was the most extensive, although they did have narrow gauge track elsewhere.

One system served the filter beds at Minworth originally had a standard gauge link. The narrow gauge system was later. In this view Motor Rail 7224 was at work.

Saltley Gas Works also had a coke plant, which was mentioned in my book Workshop to the World.

No 4 was the last steam locomotive at Saltley and its duties were taken over by a Ruston diesel locomotive. It was kept in a shed at the gasworks, until the time it was brought out for scrap by Cashmores in March 1968. This 1968 view shows its last days.

No 11 was Peckett 2081 of 1947 and was at Nechells Gasworks until 1965 when transferred to Swan Village Gasworks. This engine went to Foxfield Preservation Society in 1969.

P 2070 belonged to the Greenhithe Class (14 inch cylinders), P 2081 was a larger OY1(16 in Cylinders) The top image is clearly a larger locomotive.

yes it took me years to find out were it went. in the 50s,it was working on a branch line at the bottom of our gardens, we would play on the coal trucks jumping from one to the other,and move the little loco up and down the track. when the driver was at dinner.the track bed is still there.along side st.clements rd/cattells grove.the acess to the main line is bricked up under nechells park road, i wish some kind person would take some pics.google dont zoom i have try'd.

Some further information is available on
https://www.elanvalley.org.uk/discover/history/railway

In reply to MW. the Nechells gasworks had two siding links to the public railways. One linked with the MR at Saltley, and the other carried on to join the London & North Western north of Duddeston Station- this second line was known as the Nechells Junction Railway.
You must log in or register to reply here.
Share:
Facebook Reddit Pinterest Tumblr WhatsApp Email Share Link
Top