The Kingsway is to be restored, but the fire damaged back section to be demolished. 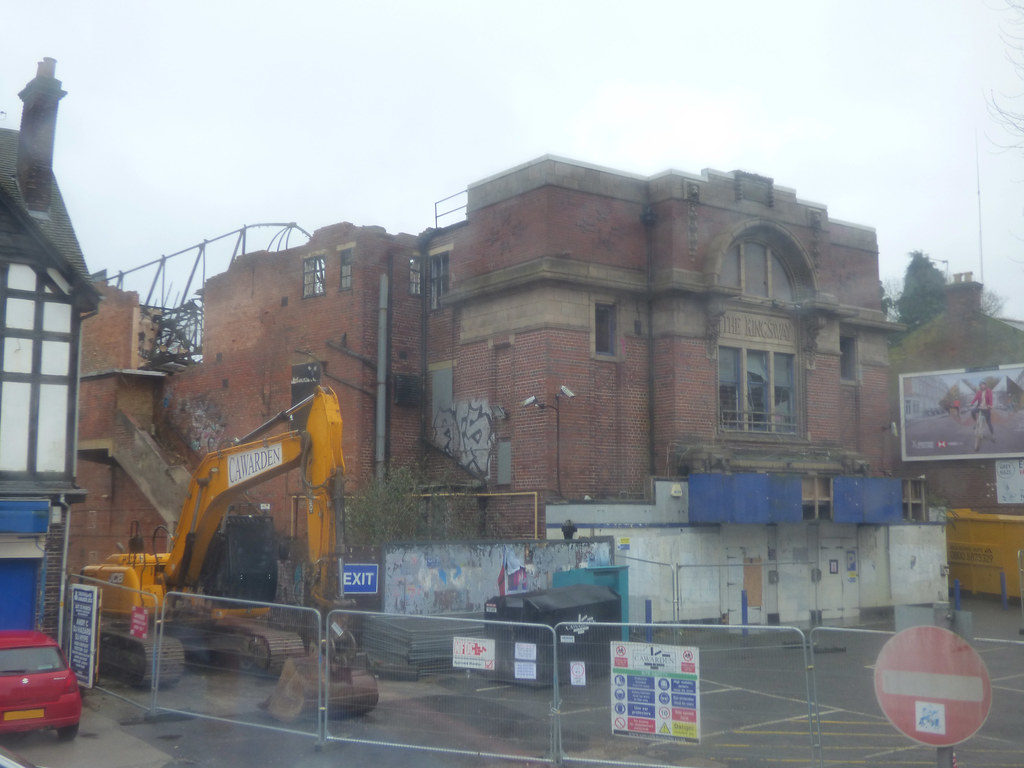 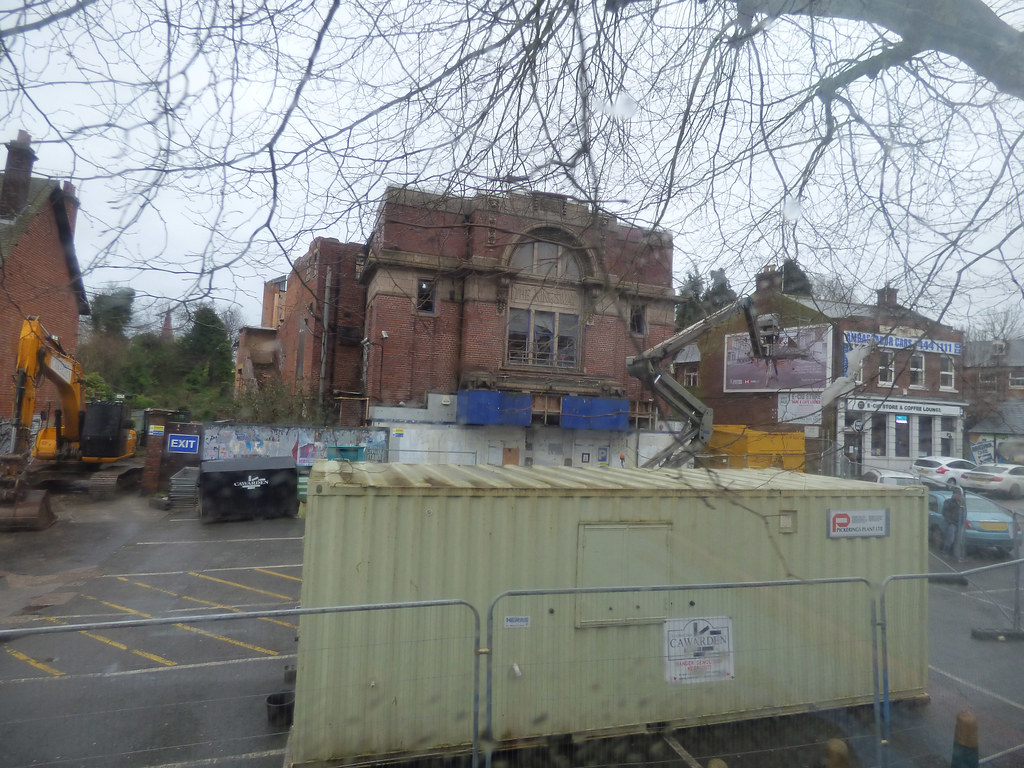 A former cinema and bingo hall which has been closed for over a decade is set to be reborn as a new £5 million mixed-use development.

The Kingsway building, in Kings Heath, was built in the 1920s but it closed in 2007 and was largely destroyed by a fire four years later.

After being bought at auction two years ago, developers are now finalising plans for the future of the building and seeking the views of the local community.

A joint venture development team has been formed by Birmingham-based duo Nestings Group and Redleaf to carry out the regeneration in High Street.

The plan is to demolish the fire-damaged building but retain the striking, grade A locally listed façade at the front and build a new complex, possibly reaching up to six storeys.

Nirmal Vora, a director of Nestings Group which specialises in healthcare projects, said the the final plans for the building would be dictated by the consultation it is holding with the community over the coming weeks.

He said: "We are looking to celebrate what was there and to salvage as much of the building as we safely can.

"We will keep the façade and as much of that core block at the front as possible.
Click to expand...

Update on The Kingsway since the demolition earlier this year. Just a big hole behind the facade!

You can see Poplar Road from the side now. 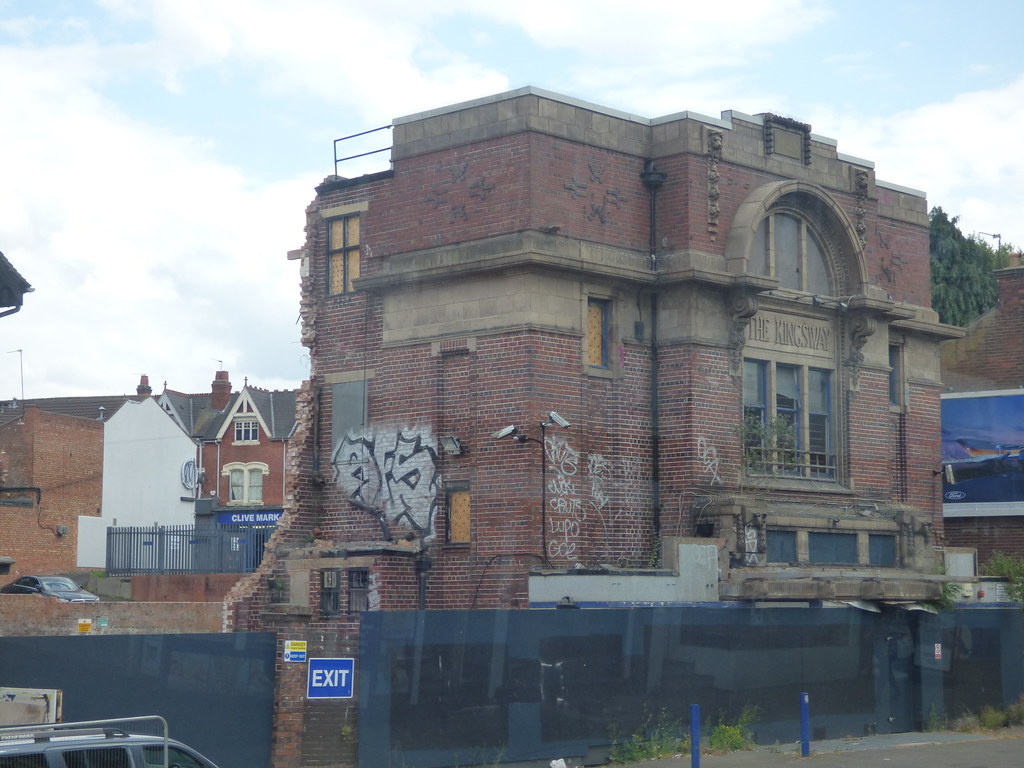 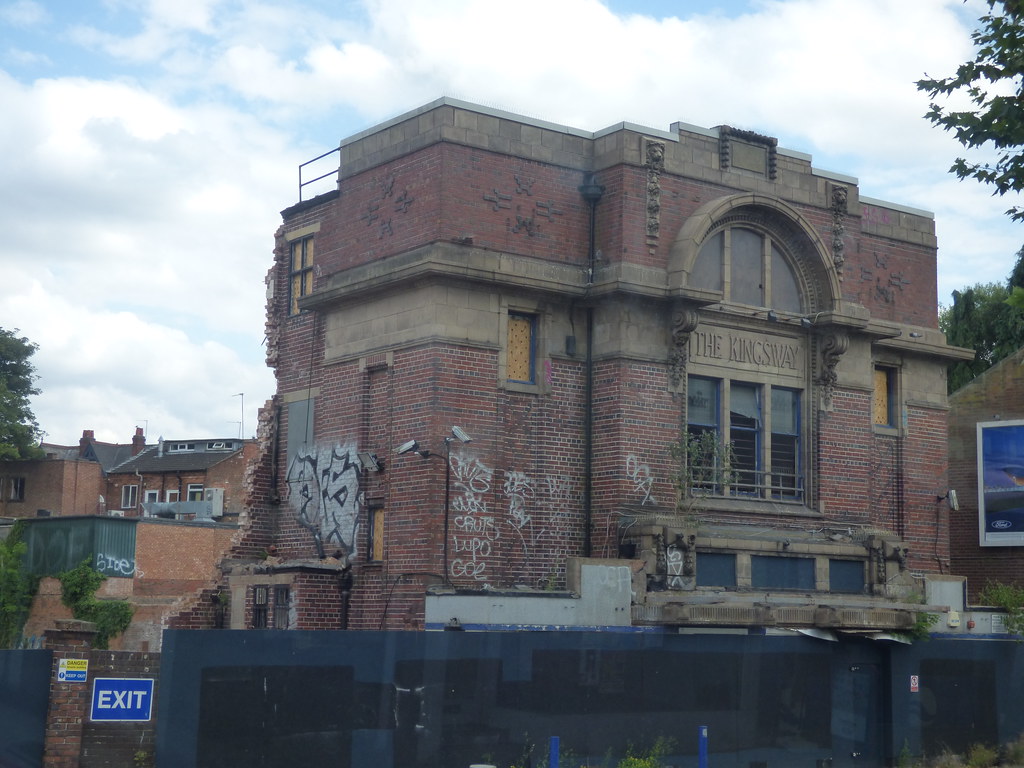 Staff member
thanks ell...shame that the fire damage has lost us most of this building

It is a shame that the damage was too much to restore! But then it was left untouched for years and years!

Well it looks like they are at least saving the frontage of the building, that's something at least.

ellbrown said:
Update on The Kingsway since the demolition earlier this year. Just a big hole behind the facade!

You can see Poplar Road from the side now.

Hi I hope you received the photo of my painting its done in acrylic, I saw a photo on DJ Norton website and asked the owner if he minded me painting from his black and white photo ! I hope I done it justice

florence butler said:
Hi Colin, I have a vague idea that there was talk of the Kingsway being redeveloped in the papers last year. Hope it's not too badly damaged!

I believe I saw something on the web saying that they would keep the front facade and rebuid a shop behind.

My painting in Acrylic from black and white photo.

xBIGGLESx said:
I believe I saw something on the web saying that they would keep the front facade and rebuid a shop behind.
Click to expand...

I am sure that is recorded on BHF someplace.

Radiorails said:
I am sure that is recorded on BHF someplace.
Click to expand...

Yes how do I remove that post of mine?

Oldbrumlover said:
Does anyone have any old photographs of the Kingsway Cinema in Kings Heath...unfortunately I'm too young to have ever been there when it was actually a cinema and before it closed in 1980 (the year I was born)...but I'd love to see some photos of what it looked like both inside and out. It's such a shame that it's now in ruins...it would make such a great local cinema and diner / bowling alley etc if there was lots of money and thought (and love) put back into it.
Click to expand...

A few years back I found some photos of the inside on the web , it looked beautiful inside.There is one photo outside on DJ Norton photos of Birmingham website. Next to Daleston newsagents and I painted a picture from the photo.

Radiorails said:
I am sure that is recorded on BHF someplace.
Click to expand...

I don't think you need to, unless you feel you should.
Simply click on the 'edit' wording and delete it. Replace your post with the word 'deleted'.
M

Shame about the old Kingsway. Made a nice change from our usual haunts, the Maypole and the Tudor.

The Kingsway Cinema, described as the Super-Cinema of its time, stood as a landmark on the High Street of Kings Heath village. The initial planning of the Kingsway was scheduled in 1913, but due t…

Sometime time ago I heard that the plans were the front facade only was going to be saved and a shop behind to be built, maybe they can save a bit more than front skin only, I remember seeing photos of the inside decor and it looked great, art decor style, maybe the photos done it justice, Although I painted a picture of the building with adjacent shops, unfortunately I,ve never been there

From beautiful to this

Got a view from a car park off Poplar Road of the back of The Kingsway Cinema in Kings Heath. A sad site. It is two years since the demolition. 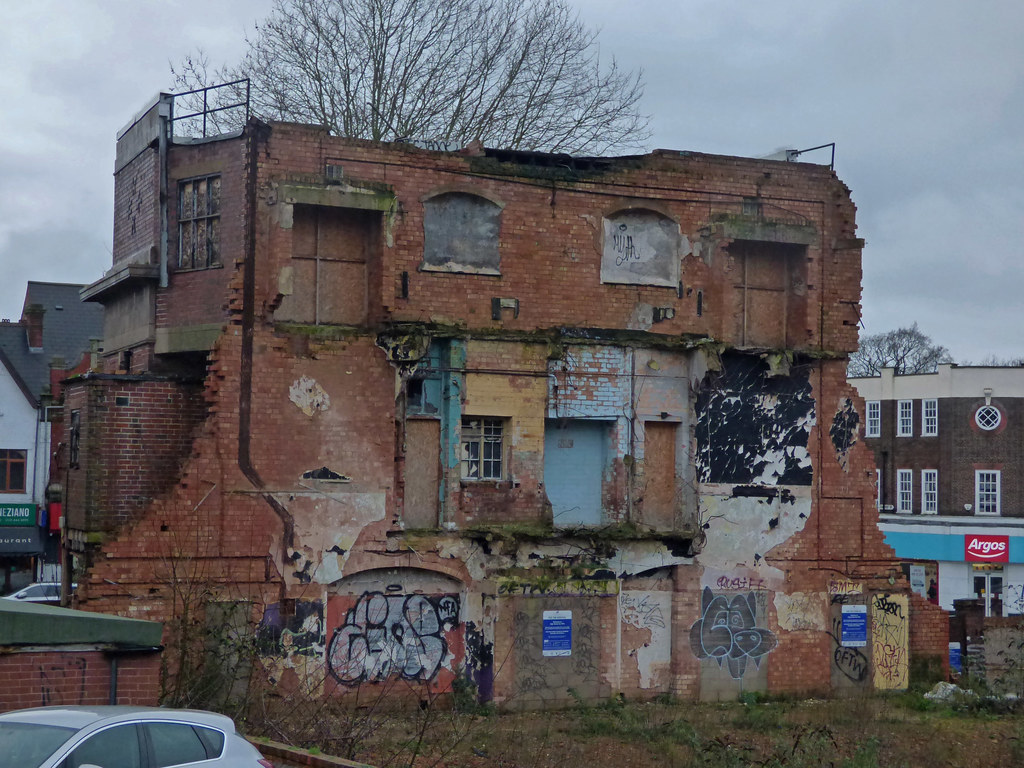 ellbrown said:
Got a view from a car park off Poplar Road of the back of The Kingsway Cinema in Kings Heath. A sad site. It is two years since the demolition.