There is a Fountain Inn at Clent but maybe too far out from Birmingham. 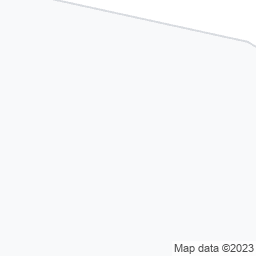 Staff member
Who knows? Right side of the city. Could have been an exercise (which would have necessitated refreshment)...

Staff member
It would be wrong to let today pass without remembering that it is the 80th anniversary of the evening when Anthony Eden, Secretary of State for War in Churchill's new government, addressed the nation on the BBC and announced the establishment of the Home Guard (or of the Local Defence Volunteers as it was called until Churchill gave it a better title).

The German onslaught on Holland, Belgium, Luxembourg and France had been in progress for just four days and the start of the withdrawal to Dunkirk was imminent.

This is what he said:

"I want to speak to you to-night about the form of warfare which the Germans have been employing so extensively against Holland and Belgium - namely, the dropping of troops by parachute behind the main defensive lines. Let me say at once that the danger to us from this particular menace, although it undoubtedly exists, should not be exaggerated. We have made preparations to meet it already.

"Let me describe to you the system under which these parachute raids are carried out. The troops arrive by aeroplane - but let it be remembered that any such aeroplane seeking to penetrate here would have to do so in the teeth of the Anti-Aircraft defences of this country. If such penetration is effected, the parachutists are then dropped, it may be by day, it may be by night. These troops are specially armed, equipped, and some of them have undergone specialised training. Their function is to seize important points, such as aerodromes, power stations, villages, railway junctions and telephone exchanges, either for the purpose of destroying them at once, or of holding them until the arrival of reinforcements. The purpose of the parachute attack is to disorganise and confuse, as a preparation for the landing of troops by aircraft.

"The success of such an attack depends on speed. Consequently, the measures to defeat such an attack must be prompt and rapid. It is upon this basis that our plans have been laid. You will not expect me to tell you, or the enemy, what our plans are, but we are confident that they will be effective. However, in order to leave nothing to chance and to supplement, from sources as yet untapped, the means of defence already arranged, we are going to ask you to help us, in a manner which I know will be welcome to thousands of you. Since the war began the Government have received countless enquiries from all over the Kingdom from men of all ages who are for one reason or another not at present engaged in military service, and who wish to do something for the defence of the country.

"Now is your opportunity. We want large numbers of such men in Great Britain who are British subjects, between the ages of 17 and 65, to come forward now and offer their service in order to make assurance doubly sure. The name of the new force which is now to be raised will be the "Local Defence Volunteers". This name, Local Defence Volunteers, describes its duties in three words. It must be understood that this is, so to speak, a spare-time job, so there will be no need for any volunteer to abandon his present occupation.

"Part-time members of existing civil defence organisations should ask their officers' advice before registering under the scheme. Men who will ultimately become due for calling up under the National Service (Armed Forces) Act may join temporarily, and will be released to join the Army when they are required to serve. Now a word to those who propose to volunteer. When on duty you will form part of the Armed Forces, and your period of service will be for the duration of the war. You will not be paid, but you will receive uniform and will be armed. You will be entrusted with certain vital duties, for which reasonable fitness and a knowledge of firearms are necessary. These duties will not require you to live away from your homes. In order to volunteer, what you have to do is to give in your name at your local police station; and then, as and when we want you, we will let you know.

"This appeal is directed chiefly to those who live in small towns, villages and less densely inhabited suburban areas. I must warn you that, for certain military reasons, there will be some localities where the numbers required will be small, and others where your services will not be required at all. Here then is the opportunity for which so many of you have been waiting. Your loyal help, added to the arrangements which already exist, will make and keep our country safe."

Staff member
Sorry, not exactly Birmingham but in case any members of the Forum have associations with Cannock, Hednesford, Bridgtown and adjoining areas (up to the Brownhills boundary) I have recently put online a detailed history of the Cannock Home Guard, published in 1945 and a fairly rare publication. It mentions many places and individuals and may be worth a delve. It can be seen here: http://www.staffshomeguard.co.uk/DotherReminiscences175A13StaffsCannock.htm

The image below is of the Battalion C.O., Lt.-Col. H. Vivian Mander. (His demeanour, shooting stick, cigarette holder and Military Cross ribbon perhaps makes him differ more than a little from the popular view of a Home Guard officer!)

Have mentioned the article on the Brownhills Bob site...

Continuing the Remembrance theme here on the blog today, here's a lovely bit of research into the Home Guard locally by the wonderful David Evans and John Sale.

Staff member
In case followers of this thread haven't noticed it, there's a thread with an Home Guard angle here:

Please can anyone help me finding the children of this couple: William Foden b Aston1830 d 1885 who married Eliza Horton in 1850; have found only one child Ellen Horton Foden b 1851. (In 1881 they were in the Royal Oak, Perry Common, Handsworth). I am trying to trace other children & specially...
birminghamhistory.co.uk

All about the Birmingham Foden family, part of whom farmed at Mill Green Farm off the Chester Road, near to Little Aston and Stonnall, in the 1940s. Arthur Edgar Foden, the farmer, died in a tragic accident on the farm (details still unclear) between 1942 and 1944. He had been a good friend of the local HG and three of his sons served in the local unit. The farm even hosted an HG artillery training school and firing range.