My experiences at the Farcroft Hotel involved going to events put on by
companies for their special events, especially Xmas parties. This would have been in the late l950's early l960's. I don't have a photo of the
exterior but there always seemed to be a photographer at these
"do's" which were dinner dances mostly I remember.

Everyone used to really dress up when they attended these functions and some people looked totally different and others looked exactly the same as at work!!! Women went to the hairdressers for a shampoo and set and the men slapped on a bit more Brylcream.
The sequence of these "do's" seemed to follow the same pattern as a rule.
A few drinks to warm up at the start, a sit-down dinner, soup and a roll, main course and dessert, very often ice cream!!!! Lyons or Walls...those stumpy little rolls that usually came in cornets....paper peeled off and
put in dishes.......then dancing, which was always interesting to watch. It seemed that there was always a couple or two that would outshine everyone else, swooping around the floor dancing the waltz, foxtrot and quickstep. These couples were often smiled at by people there who could not dance these particular dances. Mind you, I also remember that you would never have imagined that these people could dance so well when you saw them at work!!!!! Women often danced together also.
Then came the Ladies Excuse Me and then the Men's version, followed by the Spot Dance for prizes. Usually, close to the end of the evening everyone got up for The Okicoki... "You put your left foot in, your right foot out....that's what it's all about...Hey". By this time of the evening, left feet were "going in" when right feet should have been "going in", etc. It was great fun though. Sometimes, if it was a more personal event like a wedding or a birthday, a Conga Line would form...what must we have looked like!!!!

I liked it when the bands started playing some of the more contemporary music to dance to in the early 1960's. Some of those bands in places like the Farcroft back then played some very dull stuff.

I would imagine that venues for such events were in short supply
back then because a lot of people used to go to dances at the
Farcroft Hotel and the Crown and Cushion at Perry Barr through their work. I also remember going to, I think it was The Red Lion, on Soho Road for dances.

Hi, My dad REG CARNELL, was MASTER OF CEREMONIES at the FARCROFT during and after the last war. He and my late mom were brilliant dancers.Dad M.C.d at a lot of the WORKING MENS CLUBS, including SALTLEY AMAETUER GARDNERS CLUB, THE BARN AND and another club further up the road from the Barn, the name I have forgotton.
My Dad is now 84 and is still dancing!, he has been Entertainment Secretary at his local C.I.U club in CHADSMOOR, CANNOCK FOR THE LAST 30 years. He runs a dance every Wednesday evening at the club., and has dancers attend from all over the midlands.
Thanks again for a brill. site.
Jackie Perry

I wrote a bit about the Farcroft over on the Handsworth site. My introduction to the Farcroft was when my second oldest sister held her wedding reception there in the fifties - all very posh, in fact that posh I'm surprised she invited me. .

Then, in the sixties when I frequented the Plaza, I would have a few drinks in the Farcroft before walking up the road - it was cheaper. 8)

Like jennyann, I went to works dances (Cannings) there. Being the sixties things weren't quite as formal but there was still proper dancing (not that I could do it). I used to love them though - all done up to the nines and on the pull for a girl done up in her best frock...WOW!... we had some times!

I picked up a girl once and didn't know she was a friend and works colleague of my sister's until she went into work and told Sue - God was I embarrassed!

In later years we would attend a regular Saturday night dance there. The main attraction being it only cost a couple of bob and you got a bar extention. Many's the time I've fell over and almost crawled my way home to Winson Green. :?

The last time I went in there (about 30 years ago) they had a really posh room called The Beachcomber Lounge. It had a sand coloured carpet, patterned with footprints of bare feet, and some geezer playing the organ.

I believe they still do catering, but nothing like what jennyann describes - apparently you can get curry, curry or curry.

Hello John
I used to go to the Farcroft with my father in law Ernie Ratcliff
we used to go and play crown green bowling when Billy Elliot kept it and we used to play nine spot dominoes on sunday mornings.
My wife Ann (Deceased) & I went dancing at the farcroft on saturday nights we had some happy times, You will find a programme which I put on the Handsworth webring site For the farcroft 1930 which might be of use to you John
Best Wishes John
Reggie
M

"Farcroft" Hotel on the corner of Rookery Road and Albion Road.... Photo1920c

nice pictures I played many a game of bowls there when Billy Elliot kept the farcroft pub
my father in law Ernie Ratcliff & his wife Ethel once worked behind the bar there in the thirties , Ernie won the Farcroft bowls cup three times
regards
Reggie

Staff member
Jackie, good for your Dad, long may he trip the Light Fandango.

POWER TO THE PENSIONERS ! O0
A

Mr Roberts kept the Farcroft in the 50s,he had two sons Colin and Alan,Colin the last I heard lived in Weymouth,any body know where Alan moved too.
Alan (help the aged)
C

hi im the colin roberts u mentioned, my brother alan still ok lives in weymouth too

I have one litle story about the Farcroft that might interest you...

When I left school in 1947 at the age of fourteen, I was offered the job of office boy accompanying the commissionaire on the reception desk at Holt Brewery (later taken over by Ansells).

The brewery used to supply The Farcroft and, from time to time, I would answer the sliding trap to people making enquiries. Sometimes, the chap who used to run the Farcroft would call to see somebody on business. He was a chap named Jim -somebody- I can't quite remember his surname. Was it: Murphy, or something like that?

What I do remember was that this Jim was a boxing promoter, on the side...

One day, there came a buzz at the trap and I slid it back to find that this Jim was standing there. And standing next to him was none other than Freddie Mills - the British boxer who went on to become world light-heavyweight champion.

It was a shame that Freddie - retired and running a night club in later years - finished up committing suicide over something or other.

Hope this was of some interest to you, John.

Hi Colin, not sure if I have the right Alan Roberts. Did he marry a girl called Norma. I knew an Alan and Norma Roberts who moved to Weymouth.

hi yes alan my brother, they moved weymouth as well, they divorced years ago but are both fit and well and still live here contact me [email protected] if u would like more information

Hi Colin - Small world isn't it! I have sent you an email.

My reply to Colin didn't appear on 'Today's Posts' so just checking if this reply makes it!!
B

gingerjon said:
can any one help with stories or pictures of The Farcroft in Rookery Road Handsworth past and present any think welcome
Click to expand...

I'm sure this photo of my grandmother's sister's wedding was taken at the back of the Farcroft. The bride was Winifred Kate Farrell (daughter of mid wife Nurse Farrell of Handsworth) and the groom was Bernard Mitchell, who worked for the Birmingham Post and Mail. I think it was taken in the 1930s. The couple later had a son, David, and lived in Shirley.

I’m late to this query about the Farcroft, perhaps too late...but...
it played a big part in the origins of my Broadway family from the 1920’s through to the 1960’s. A most fantastic large pub, with ballroom & dining rooms & reception rooms as well as the public bars. Famed for its dinner dances...& wedding receptions of any standing were always held here. And to the rear was extensive grounds with ornamental gardens & top quality Crown bowling greens.

The names of managers from its premier era have been mentioned - Billy Elliot & Jim Murphy. My paternal grandfather Fred Broadway (lived in Aylesford Rd) was Secretary of the bowling club for many years & the main instigator & organiser of the floodlit bowling tournament in the 1950/60’s, which drew top names & was very well regarded. My dad, Ron Broadway, met my mom Mary (nee Helen Mary Walker) at a dance there in 1946, they married in 1948 & lived in Westbourne Rd until the 1970’s, having sons Steve (1949) & me, Alan (1953). The Farcroft declined from the late 1960’s & Ansells took the opportunity to raise some capital by selling off part of the rear grounds/bowling greens for housing development (in Onibury Rd & Albion Rd).

There is no doubt some incredible times were had at the Farcroft. I’m sure they were hard times, but in many ways they were likely better times.

Staff member
neve to late to join in alan...many thanks for your interesting post and the pub is still there 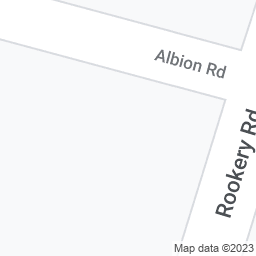