My dad lived at 27 Wills Street in the 1940/50s. He used to say it was an old Convent/Schoolhouse. As it doesn't exist anymore & hasn't for some time now, I was wondering if anyone has any information on this address.
R

:angel: Just a thought, after doing a bit of family research and having to translate many abbreviations while doing so... Do you think : Vale Wm = Nuns (veiled women) and Hy = Holy (Church ladies) hence your convent house, maybe for teaching Nuns from the school at the end of the road.
As I said just a thought.
E

There is though a William Henry Vale in the freebmd list, born Birmingham Sept 1906 perhaps it's him. E.

Was unsure where to post this. I thought it may be of interest that the Waterloo Pub in Wills Street, Lozells is going to be demolished along with derelict houses at nos. 33 & 35 Wills Street. They are proposing to build four 3 to 4 bed houses there and there is a posibility that the council will buy 40% of the gardens of properties fronting onto Villa Street to extend the site. This would create an additional 2 six bedroom houses or 3 four bedroom houses with access from Overmore Close.

Staff member
took these the other day...numbers 2 to 8 wills street...couldnt resist a sneak round the back

Staff member
and round the back..really must stop doing this...im getting to old for it..

Ah , brings back memories , the building Lyn( In Post 9 )was i think owned by Frank Elvins , they were builders or the like, next door was a house that when i was a kid ,in the 50s / 60s ,sold Honey , which reminds me that once a bloke walked along Wills st with a great big BEAR on a chain ???

Staff member
lol max...well im going to ask our dad about that bear on a chain...if it happened hopefully he will remember...unless he was coming out of the waterloo at the time....

maxwell bullivant said:
Ah , brings back memories , the building Lyn( In Post 9 )was i think owned by Frank Elvins , they were builders or the like, next door was a house that when i was a kid ,in the 50s / 60s ,sold Honey , which reminds me that once a bloke walked along Wills st with a great big BEAR on a chain ???
Click to expand...

The only Elvins Builders that I knew had premises in Naden Road, just off Hunters Road.
M

Yeah i remember the place in Naden Road , i think they were on the right as you joined from Hunters Rd , Green Sign , with wooden slated fence , Mr Elvin was a friend of my Grandfather Len Rudd , i still have a feeling that the place in wills st was also owned by Mr Elvin .

Astoness said:
took these the other day...numbers 2 to 8 wills street...couldnt resist a sneak round the back
Click to expand...

Greeting, I lived in No8 from 1937 to 1951 my parent continued to love there until 1963 when they retired. Do you have any history of the house, I am sure they had a servant at some time. Paul

Staff member
no 8 is on the right of the street view pic below paul...maybe someone with access to the kellys directories could look up the number to find out a bit of history about it 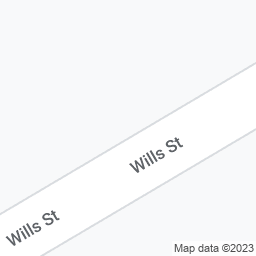 Can we find the history of J & W Malley, they were the builders who owned 2 to 8. My father was the caretaker and I have memories of being there during the WW2. A Mr Abbot was the yard foreman. My brother and I used to collect salvage and take it to a house nearer the pub, The Angel ?? It was a Mr and Mrs DeBirmingham. This picture was taken by my brother some years ago.

gingerjon said:
second Rods reply but there was a Roman Catholic/school church in Wills street Lozells Berner street end so that fits in
Click to expand...

I do not recall a Catholic church in Wills Street. There was an elemntary school along from No 8, I went ther for a while until they were evacuated, probably in 1941. The Catholic Church was, and still is, in Hunters Road. There is a convent opposite and my mother taught there from 1926 until 1863.
The roads across Wills Street were from Hunters Road, Brougham Street, Villa Street, Church Street, Angelsey Street, Burbury Street, Carpenters Road and Lozells Street.
You must log in or register to reply here.
Share:
Facebook Reddit Pinterest Tumblr WhatsApp Email Link
Top