What do you watch on tv nowadays ?

mw0njm. said:
Animals save each other. Amazing cases of mutual assistance between animals

ta i was on tender hooks at times, i got a bit worried. but all ended well

Just finished watching Citizen Smith on Forces TV. I don't find it as funny now as I did all those years ago but still enjoyed seeing it again.

I'm not watching these at the moment but may I suggest to the forum , Early Doors(only two series made) Stillgame a Scot comedy series . Plus another from over the border Two Doors Down . E D revolves around customers using a in a pub in or around Greater Manchester, I was disappointed though to the fact ,they only made two series . The two local cops are hilarious . SG is about a couple of pensioners day to day antics yet again it finished after about five series too early by far , I believe they took on the road by the way the pensioners are actually the script writers fantastic series . The third TDD is brilliant in as much the goings on in a Glasgow suburb where neighbours living closely are not necessarily getting on that good turning up uninvited etc , but it's a great laugh . If you haven't seen , I hope you enjoy .

I enjoy watching the tribute programmes to the past and present people i.e. Larry Grayson, Jimmy Tarbuck last night and en evening with him after it, Morcambe and Wise etc.

wonder if they can train mine

If you can get Sky Arts on your TV tonight at 11pm Jimmy Carter Rock and Roll. Not only showing what he did for the country but the groups he also had over. Superb https://www.imdb.com/video/vi2696134937?ref_=tt_pv_vi_aiv_2

Would be a handy chauffeur to have, Pete.

sospiri said:
Would be a handy chauffeur to have, Pete.

it sure would our maurice. 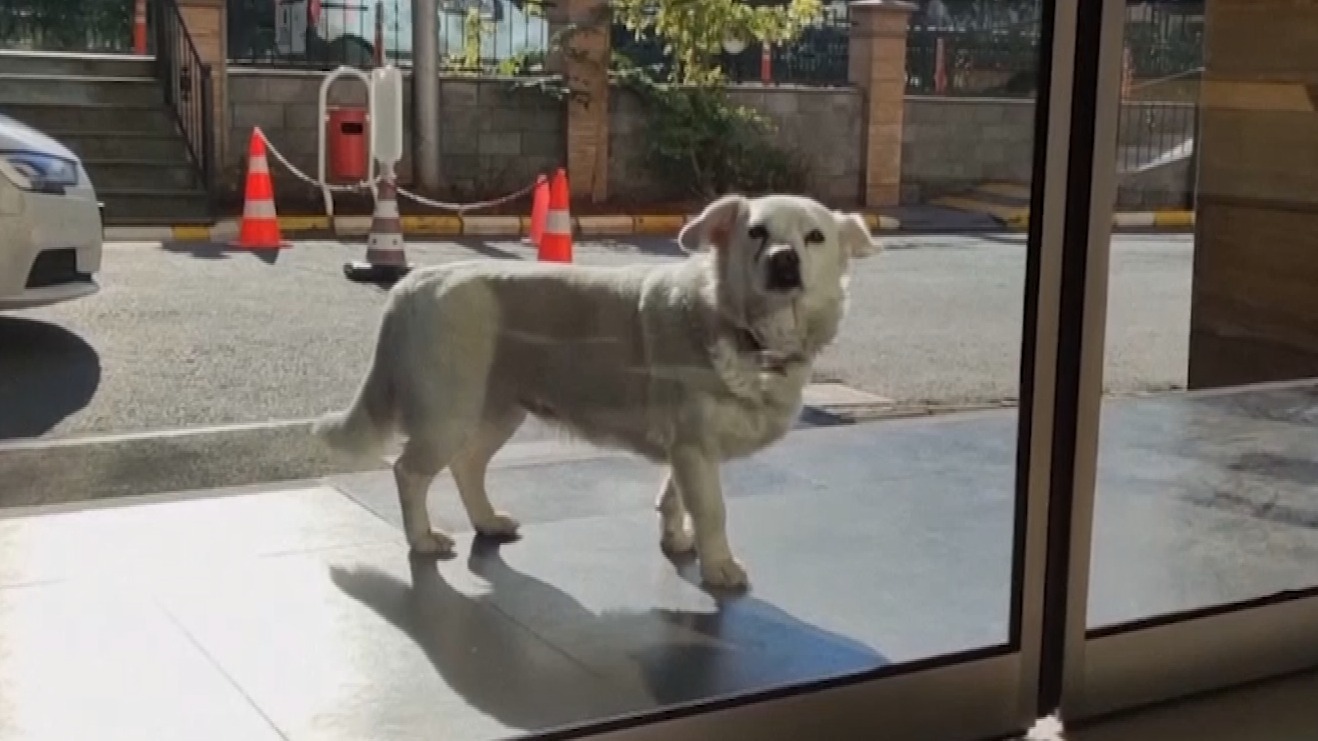 Boncuk followed the ambulance that transported her owner to hospital in the Black Sea city of Trabzon and then made daily visits to the facility.

mw0njm. said:
wonder if they can train mine

Actually drives much better than some people I know

For the fans amongst of Last of the Summer Wine...The Drama Channel begins a repeat from the start of the series at 6.40 tonight 25th.
Lynn.
Last edited: Jan 25, 2021

We both really like Looking For Alice on Sunday evenings.
The Guardian slated it but the reviewer is very young. Maybe when they have lived they can understand it better. I can relate to all the experiences the character Alice has to suffer. Every single one. We didn't bury anyone in the garden but I joked at the time we might have to when the deceased assets were frozen, in a foreign country, and we had no money. The reviewer says the big names hold it up but in my opinion it stands on it's own merit.
R

We are watching the new (at least to us) All creatures Great & Small, Foyals War & Agatha Christies England.
A

mw0njm. said:
it sure would our maurice.
Click to expand...

I bet he's good at parallel barking! Boom boom! (I think I need to lie down)

lmr3103 said:
For the fans amongst of Last of the Summer Wine...The Drama Channel begins a repeat from the start of the series at 6.40 tonight 25th.
Lynn.
Click to expand...

We went where it was filmed by accident. Glossop maybe.? Partner's idea to drive down that's me to drive, from the lakes home not using the motorway. Mistake. Very scenic though. Felt I was in the series and no one about. We saw the lady that runs the café, Ivy, Jane Freeman in a play, here with Patrick Cargill, so ignore Wiki's lack of detail about her. I used to have a client a Miss Simonite, she thought it was odd that I thought it was funny she shared Comp's surname. Yes, I love the subtle wit.
I keep flipping on to the old Allo Allo's. Some bits still make me laugh. Partner doesn't approve at all. But she does like the Granny.
Last edited: Jan 26, 2021

Nico said:
We went where it was filmed by accident. Glossop maybe. Partner's idea to drive down that's me to drive, from the lakes home not using the motorway. Mistake. Very scenic though. Felt I was in the series and no one about.
Click to expand...