Staff member
through the gates of the mill and the board inside...

Staff member
I expect Loisand has it all recorded in detail, but building in grosvenor st west seems to appear between 1878 and 1880 , beiing run by the New Union mill company as a flour mill till 1899. In 1900 it was occupied by the Central city flour mills(it could have just been a change in name) and it changed to Brown Walter & sons shortly afterwards. the firm disappeared between 1921 and 1932, and nothing is listed there in the 1932 directory.
K

Staff member
hi ken...thanks for that..you are lucky to have such memories of days gone by...

I lived in Grosvenor Street West from 1948 until 1964 and have many fond memories. I too have taken some photo's, a couple similar to the ones already posted.

In today's Birmingham Mail 13/8/2011 Carl Chinn has written a 2 page spread with photos of this area, and the history of The Union Mill which was founded due to bread shortages and high prices which the poor could not afford in the 1790s,

Staff member
Presumably this thread was started about the Union Mills - sadly the images are no longer available. But here’s some points from the newspaper archives about the Old and New Union Mills.

According to this link some development is/was planned for the site. Hopefully some remains of the Mill are still there. 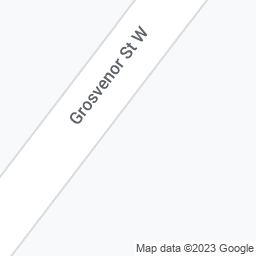 A report on it that was prepared in 2005. It is a pdf too large to attach, but can be downloaded from:

Staff member
Here is the map from c1824, showing the mill.

Staff member
Thanks Mike. Interesting it’s marked as the ‘New’ mill c1824. No mention of the Old Mill, although we know the Old Mill, was still there until 1889. Maybe the ‘New’ on the c1824 map was to show they’d introduced steam power ? But the ‘Old’ mill still existed. Viv.

Staff member
Still mulling over what’s the ‘new’ Union and what’s the ‘old’ Union with regards to the mill buildings seen today. So have re-read the link in post #8. By the time of the c1824 map the ‘New’ Union was 11 years old. So it clearly distinguished it from the ‘old’.

Staff member
Viv
The old union mill was in Holt St, as shown below on the c1889 map. It was still marked on maps c 1920, (though no idea how old these buildings were) but had gone by 1937.

Staff member
Some quite possibly dated back to 1796. Viv.

Staff member
After a bit of research, here’s my summary of the two mills.


Old Union Mill
The Birmingham Flour and Bread Company (BFBC) was also known as Union Mills Company. They built this first British steam cooperative mill in 1796/7. It was a three storey mill, 60ft by 30ft with an adjoining bakehouse. It was designed by Boulton and Watt - they also supplied a 16hp engine.

According to the accounts for 1797 the premises consisted of the mill, bakehouse, warehouse, pig sties, cart-house, engine house and dwelling house.

The Mill had four pairs of stones. It operated 20 hours per day and could supply between 18% and 24% of Birmingham’s population at the time.

Shareholders were drawn from the ‘poorer’ classes, not wealthy businessmen with philanthropic ideas. These shareholders were required to take a given amount of bread or flour per week; half a peck of flour or bread per week per share. BFBC wasn’t set up to make profit, but it was so successful that benefits took the form of reduced prices of bread and flour.

New Union Mill
The New Union Mill was built by BFBC in 1813 and was arranged around three sides of a rear courtyard. Only the SE frontage with archway remains today ie 17-23 Grosvenor St West 40mtr frontage. The new mill remained in operation until 1927. Subsequently the mill itself, the NW range and a large part of the SW range were demolished. The remaining building has been vacant for over 15 years. Much of the interior has been changed over time, but the original staircase will be retained.

This building on Grosvenor Street West is frequently referred to today as The Old Union Mill.

Staff member
And two photos from the planning documents. The second image shows a poorly repaired archway, which in the plans, was to be repaired more sympathetically. Viv.