Here is a photo of Tolkien family grave. (Photo no longer available but photo of grave can be seen here https://www.findagrave.com/cgi-bin/fg.cgi?page=gr&GRid=41880606). Tolkien himself is not here though he is buried in Dorset. I have typed out the inscription as its not very clear on the photo.

I have posted this before on another thread on "Why Isn't Brum Loved"..
https://www.youtube.com/watch?gl=GB&hl=en-GB&v=YvhIFINfq_4

Live not far from Sarehole Mill (By Swanshurst School) and go to the Tolkien event every year, even if this years was a Glastonbury clone. The fact that Tolkien lived within the vacinity of Perrott's Folly and the Waterworks Chimney suggests that the link to LOTR is more than just legend. Sarehole Mill is mentioned (though not by name) in the preface to FOTR. Just wondering about whether they will put a blue plaque in Waterworks Rd, or what has happened about Moseley's Ent?
O

'The idea for the Eye of Sauron came from Birmingham University Clock Tower." 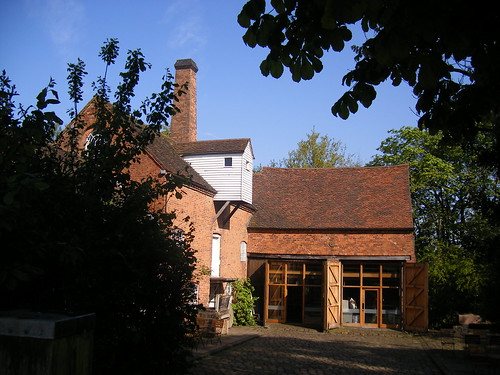 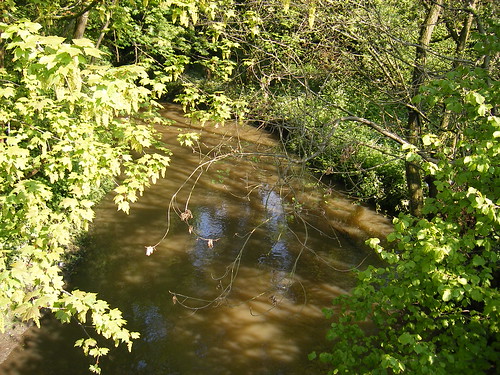 The River Cole (near Sarehole Mill entrance) by ell brown, on Flickr
L

We live not far from Hall Green. My kids and I were at Sarehole just a few weeks ago on a lovely day when we also walked along the mill race to the river and watched the vehicles going through the ford at Green Lane. There was a display about JRRT in the mill itself. If anyone would like to me to e-mail copies of the photographs we took around and inside the mill, please e-mail me. J

I know Tolkien lived on the Wake Green Road. Not sure if it is worth taking a photo of the house (it's a private residence).

There is also Moseley Bog, yet to take my camera into there. Went there a long time ago though.

Managed to get a shot of the Hungry Hobbit - Sandwich Bar 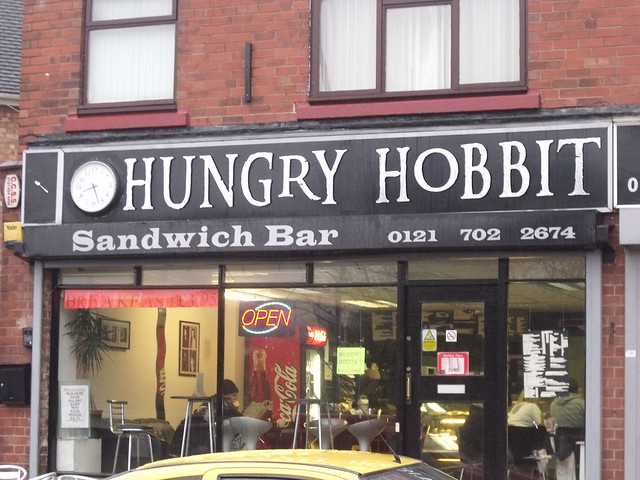 was my favourit author when a Child and still is, read all his works and continue to do so, together with Wind in the willows, and some of enid blyton.
paul
C

According to Midland news today Moseley Bog has had £250K spent on it and will re-open 26 June, it looked lovely on the TV - lets hope it stays like it. 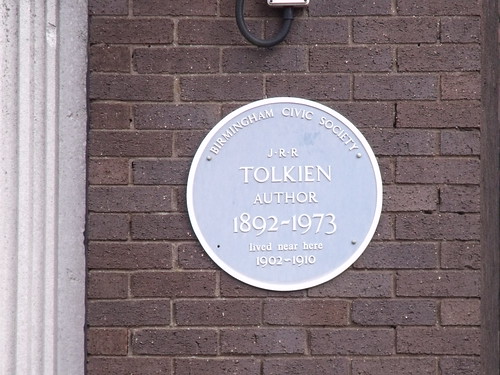 I then made it to Waterworks Road for Perrott's Folly and the Edgbaston Waterworks Tower. 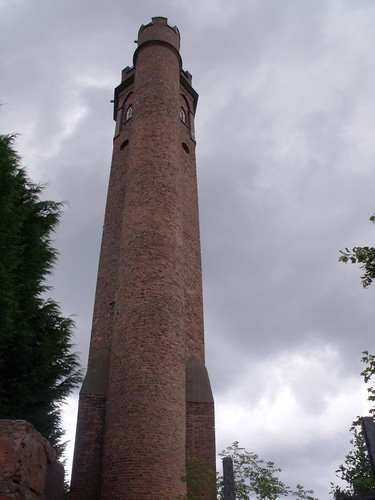 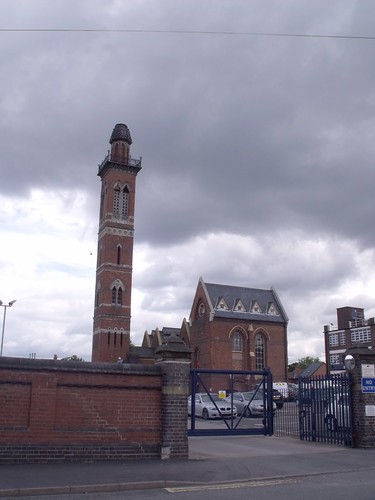 I wonder if I should go around Moseley Bog with my camera? Is the entrance on Yardley Wood Road?

Is there any access near Swanshurst Lane or Wake Green Road?
B

Some more photos. The Waterworks and Folly.

Bad news regard the Hungry Hobbit on Wake Green Road. The Tolkien estate want them to change their name as they unauthorised the use of the name Hobbit

OH, CRUMBS! A Birmingham cafe trading under the name of the Hungry Hobbit has been threatened with legal action if it doesn’t rebrand.
Lawyers representing the Estate of JRR Tolkien and The Saul Zaentz Company (SZC, trading as Middle-earth Enterprises) have offered to let the owner of the Wake Green Road cafe in Moseley “phase out any use of the name Hungry Hobbit with a reasonable time”.
But they said failure to do so would leave international law firm Edwards Wildman with “no alternative but to pursue all the remedies afforded by law”.
A letter entitled ‘Unauthorised Use of Hobbit’ was written by London practice partner John Olsen on October 25, 2011.
It said SZC had “used and licensed others to use the Hobbit mark, and other marks derived from the Hobbit books, in the UK and many other countries for decades”.
The letter continued: “Only those who qualify for a trademark licence may use Hobbit and other marks registered by SZC.”
Shop owner Wendy Busst said: “The name has been in used for about six years through two previous owners.
“I’ve only been here for six months and it’s my first business having worked in industrial and school catering.
“Instead of just being a sandwich shop, we’ve just been granted an A3 licence by the city council to enable more people to sit in eating home-cooked food.
“The letter came out of the blue and said we were a new cafe when we are not.
“I have emailed a letter back to them pointing this out, but I haven’t heard back.
“We are just a small cafe with a real community feel – everyone comes in here from care home staff to city council workers and police.
Click to expand...

Has any one else taken photos of the exterior, or was it only me?
​
W

What a shame as the café has been trading with the name for 6 years and only recently changed hands. I hope they see sense and leave the café alone. Everyone is struggling at the moment and the cost of changing the name will effect the lady I am sure. Perhaps a gift to her to use the name would be a nice local gesture. I often sweep and clean the Tolkien family grave when I go to Key Hill without authorization...LOL

Staff member
I wonder if they have claimed the Tolkein name as well. If not, perkaps they could change it to the Hungry Tolkein
W

The Tolkien estate is massive and controlled by a company so there is no way anything to do with Tolkien will be allowed to be used without permission. I had dealings with them a few years ago over the grave at Key Hill. Even the family can't do anything without going through the "company"
You must log in or register to reply here.
Share:
Facebook Reddit Pinterest Tumblr WhatsApp Email Link
Top