I'm trying to find some further information on a building that is now part of the 'Custard Factory Spaces'. I've found a few entries on here of people who have noticed the building but as yet cannot find any further information, there is also a mention from Peter Walker who noticed it in his time in Digbeth but again no further info.

I can only point you to his thread for further information as to its location/description:

I'm getting married in August in the iconic St. Edburgha's in Yardley and we're having our reception in this magnificent library but even the current owners know very little, so I've taken it upon myself to do some digging prior to my big day. Maybe I can even help them out a little bit.

Our intention is to have some big prints of the building in its former glory on the wall for our reception so hopefully we can do it some justice.

I hope someone somewhere can shed some light and hopefully help me out.

Alex, what wonderful places to get married and have a reception in!
Can't help with more ino, but hope someone else will,best wishes for the day!
Sue

Do you mean this building - the former Lloyds Bank and Deritend Free Library (when I last saw it, it was used by Turner Violins) 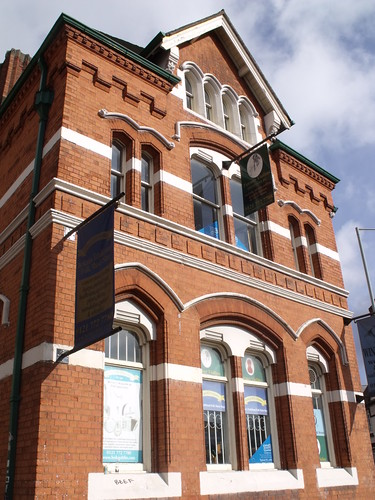 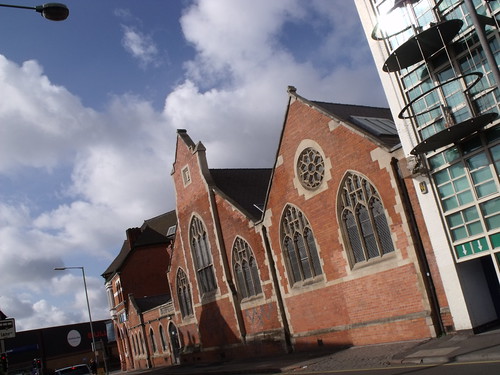 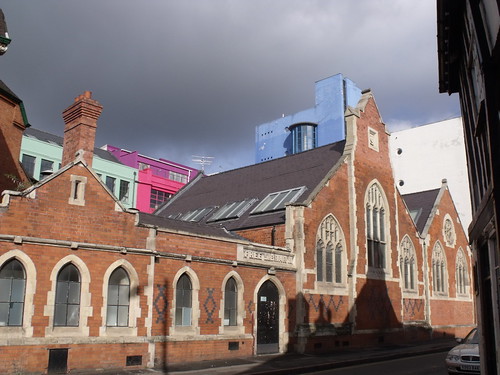 
This is in Pevsner Architectural Guides: Birmingham

Former Public Library of 1866 by Bateman & Corser. A very ecclesiastical Gothic design. Red brick with a little blue diapering, stone dressings and three-light Perp windows. Two gables to the street, the taller with two steps interrupted by a brick rectangle, rebuilt during repairs of 2003 by Bryant Priest Newman. Inside, four-centred-arched arcades, also Perp, and a complex roof.
Click to expand...

Thanks Sue. I think the trick with this place is to find out what it was originally called, if different from it's modern day name. Another thing to point out is that it was a lending library, apparently one of the earliest according to the owner (not sure how true this is).

Than you for kind comments, having a day that will be remembered by all as well appreciating some great buildings/history meant a lot to us. As mentioned above I can only hope we do them both justice.
A

Those pictures are amazing. What do you know about it?

Edit- I don't suppose anyone has any pictures of it in it's former glory as a library do they?

So far only what I just found in my Pevsner book (see above quote).

As marked by this Forward shield 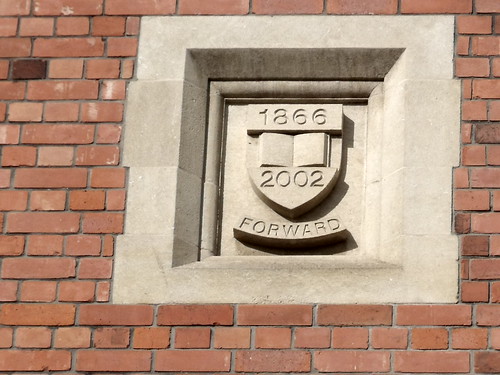 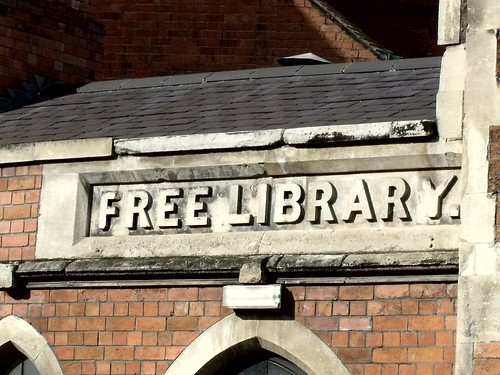 ell excellent pics as always
A

I will get some pictures on my next visit to give everyone an idea of it's current condition from the inside. A magnificent building inside and out.

In Victorian Buildings of Birmingham by Roy Thornton it says

On the same day in October 1866 as the Central Reference Library was opened, the Southern District Library was also opened in Heath Mill Lane, Deritend. This building designed by Bateman & Corser, as was the Gosta Green (Eastern) Library. The foundation stone of the Eastern Library was laid on the same busy October day and the building, on the corner of Legge Street and Aston Street remaining, opened to the public in 1868. The only one of these libraries remaining is the one in Heath Mill Lane, a two gabled Gothic building of brick with stone dressings, which has recently been refurbished, after years of neglect, by the owner of the Custard Factory.
Click to expand...

This might be of interest Digbeth, Deritend Conservation Area Draft SPD

Staff member
Elibrown
The photo headings seem to imply (please correct me if I am wrong) that the bank was part of the old library building. This is not correct, though they are likely to have been built around the same time. the 1889 map shows the bank being there , separate from the library, though the styles are similar.

As requested some photos and a little information on the Deritend Free Library,

The Deritend Free Library opened on the 26th of October 1896 in the same day as the Central Reference Library and was the third library to open in Birmingham. The library closed in 1940 and 2003 it reopened as part of The Custard Factory. It is the only one of the first five free libraries still standing today.

A little bit of information and also a couple of small pictures on the BCC Website:

I,d forgotten about this building I only remember it as a Bank but it,s nice to see it again and Phils photo in post *12 takes me back to the factory over the road Hadden and Stokes spent time in there losing sweat and blood to earn a crust or two. Dek

mikejee said:
Elibrown
The photo headings seem to imply (please correct me if I am wrong) that the bank was part of the old library building. This is not correct, though they are likely to have been built around the same time. the 1889 map shows the bank being there , separate from the library, though the styles are similar.
Click to expand...


When I named them (on first upload to Flickr) I copied the title for all the photos, and didn't change it. Pevsner says the bank dates to 1874.

On the corner of High Street, Deritend, Gibb Street , and Heath Mill Lane a former Lloyds Bank of 1874-5 by J.A. Chatwin. Domestic Gothic with power: a chunky stepped-up-and-down cornice and a four-lancet window pushed into the gable. Parapet with beasties at the ends.
Click to expand...

Went past Digbeth on the bus this evening. Think the former bank is now Hobgoblin Music.
S

Just like to say the building was used for local bands/artists around 98/99.

I played in a band and we had a room upstairs, the people who leased the place also put on a live night, Ocean Colour Scene front man Simon Fowler headlined an acoustic set in the building.

I was there and sober!

A photo of the old library ... unfortunately no date.