The Battle of Britain

This is the epic story as told as it happened, but with a slight twist by modern day historians who looked at it.
They found out the effect that The Spitfire had on some German pilots who had been shot down and captured in Britain, by taping their conversations secretly at a mansion where they were being held captive. They also got to know what the Germans really thought about how the war was going.
It also features a couple of interviews from the R.A.F. fighter pilots and Luftwaffe pilots who fought against each other in this battle.
They compared the engines of The Spitfires against The Engines of The Messerschmitt Bf 109s.

What happened during the battle.
https://www.youtube.com/watch?v=awoM9X-wMtY

A random list of fighter pilots who participated in the battle, including a Birmingham pilot from Handsworth called William Howard Machin.

The list of non British pilots who fought for Great Britain during The Battle of Britain.
One of The Polish pilots died at the hands of an angry crowd in east London. He had baled out of his fighter and landed, injured in Wapping. His incoherent rambling was mistaken for a German and he was set-upon by the people who had gathered round him. They were incensed by recent Nazi raids on civilian targets, but he was a member of the RAF.

A number of Birmingham pilots were actively involved in this action, if there is any one out there who had members of their family involved, it would be greatly appreciated if you could respond to this thread.
The Captain
T

The Full story of The Battle of Britain and casualties.

When planning for The battle of Britain, Gòring (Head of the Luftwaffe) said to Hitler " Give me 4 clear days and The R.A.F. will be destroyed by The Luftwaffe". When the battle turned against the Lufwaffe, Gòring had a meeting with his fighter station commanders and changed the tactics, which was a gross error of Judgement. he said " I want you fly our fighters close to the bombers". The commanders were surprised and angered at his decision. He turned to Adolf "Gallo" Galland and asked " What can I give you to help you win this battle". Galland replied " A squadron of Spitfires". Gòrings reply has not been recorded for posterity, so I believe.

Below I have used parts of the film "Battle of Britain". You hear Alvar Lidell (Radio newsreader of that period) make the announcement " The Battle of France has ended and now The Battle of Britain will start". Then an inspection of a Luftwaffe Base prior to the start of the battle.

Alvar Lidell announcing the Battle Of Britain and a Luftwaffe Bomber base being inspected.


Gòring meeting with his Operational Commanders, leaves the meeting on a low note.

See below, it shoes the people involved building The Spitfire, and the pilots who went in to action with them.

Action before The Luftwaffe launch a raid and afterwards

Dog fighting over Britain. The 3rd site down shows the 109 Mess. and also speaks about Adolf Galland.

This is a documentary about The Spitfire, it features a number of our Fighter Aces (Sadly, I believe they have all since died) from The Battle of Britain. There is a lovely cameo about Birmingham, and they have interviewed The Brummies about their experiences with this aeroplane and the long hours they worked to turn the assembles in to those fighting machines. In the documentary there are number of people who you might recognise, family, friends etc... There is also a part that talks about The Hurricane, there were more Hurricanes than Spitfires, that fought during this air battle.
This documentary was produced in 1976.

Memories from "The Few"

Some information from the German side. A white Knight who fought for The Dark Empire.

Adolf Galland, The most respected, and Germanys highest scoring Luftwaffe pilot during The Battle of Britain. After the end of WW2, Galland becames friends of people like Johnny Johnson, Robert Stanford Tuck and Douglas Bader.

He was famous for saying to the head of The Luftwaffe " We should attack London when it is covered in fog". Gòring replied " Stop it stop it, I dont want to hear this, in my opinion I am against it".

See below Galland being interviewed
https://www.youtube.com/watch?v=6QU7qKUsy3k

I dont know how many pilots who fought in The Battle of Britain are still alive, but sadly another one of our heroes has died. His name was Len Davies and he was aged 93. See below the obituary written by his grandson.

"The Few" who are getting fewer.

Shot down German Bomber during The Battle of Britain found.
https://www.theguardian.com/world/2013/jun/03/salvage-battle-britain-plane-delayed-weather
T 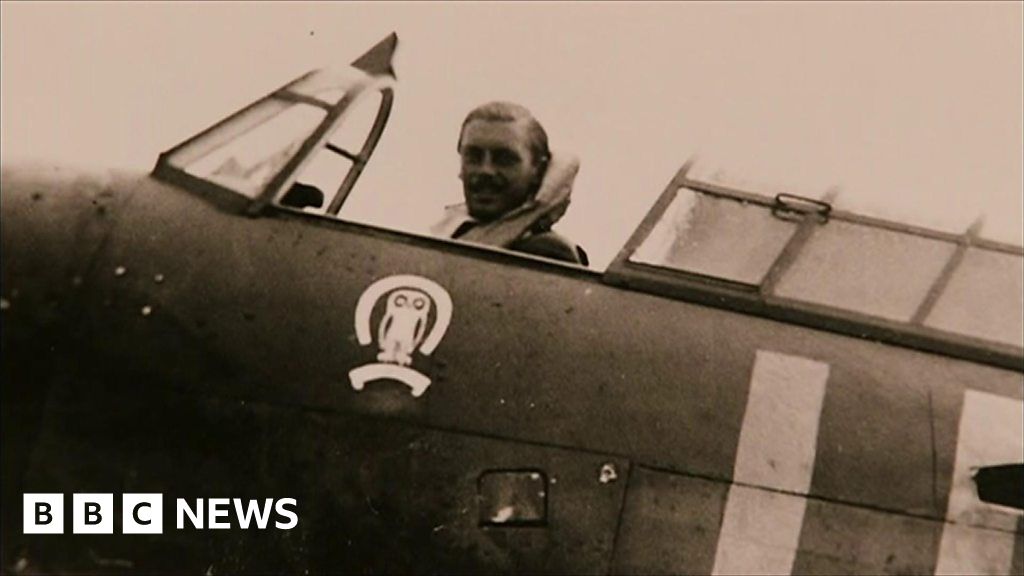 Battle of Britain pilot recalls being shot down

Maurice Mounsdon, who was one of the last surviving members of "The Few", has died aged 101.

Battle of Britain pilot recalls being shot down

Maurice Mounsdon, who was one of the last surviving members of "The Few", has died aged 101.