Thanks for the pics, Ell, it was 1950 when I last stood on that bridge. All around there was part of my playground as a kid, though it does look a bit overgrown. Blackberry Way presumably refers to the part that goes from the bridge towards Formans Road? That was not open in my day and that bit was too deep to paddle, but you could pick up the Cole again via the allotments in Knowle Road.

What I have never been able to find is a picture that bridges forerunners. There's quite a bit more about the bridge on the River Cole thread.

Hi Ell. I'm assuming that the third photo (second one of the bridge) was taken on the opposite side compared to the first photo and is looking towards Shaftmoor Lane. It seems to show that we are entering Hall Green. I had never heard of Greet Mill meadow but must have gone past there, walking or by bus, very frequently. Dave

The first three photos were taken from what is now called the Greet Mill Meadow. Part of the Shire Country Park.

Near the Stratford Road is this large grassy area. 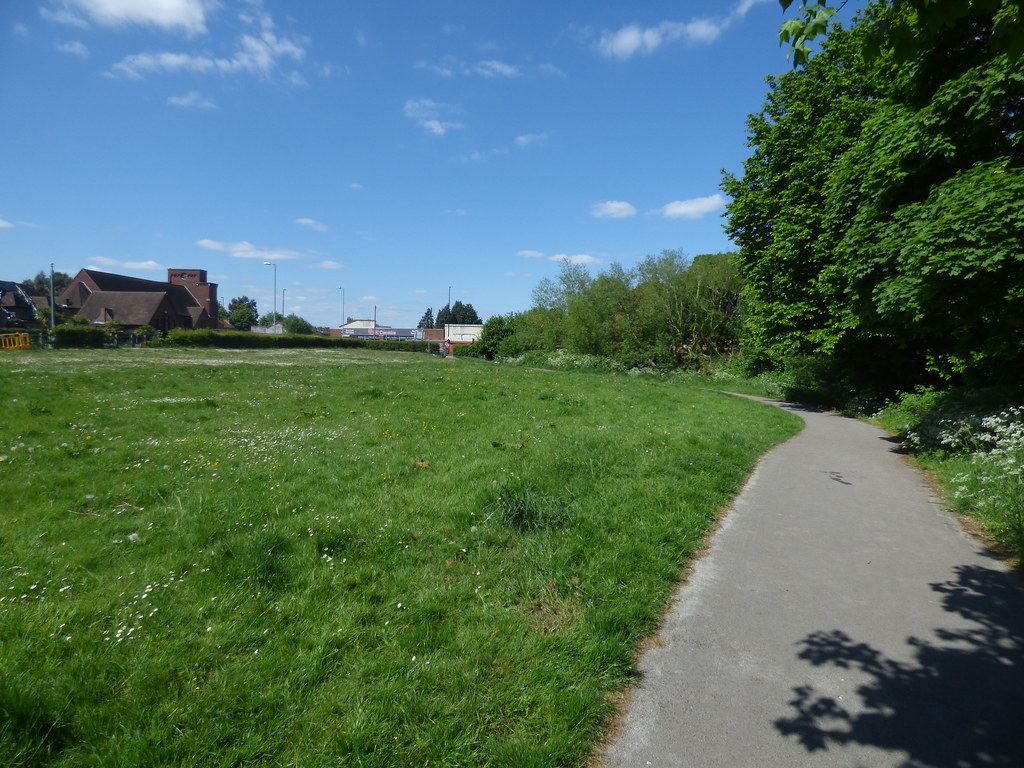 The Blackberry Way is on the other side of the Stratford Road. 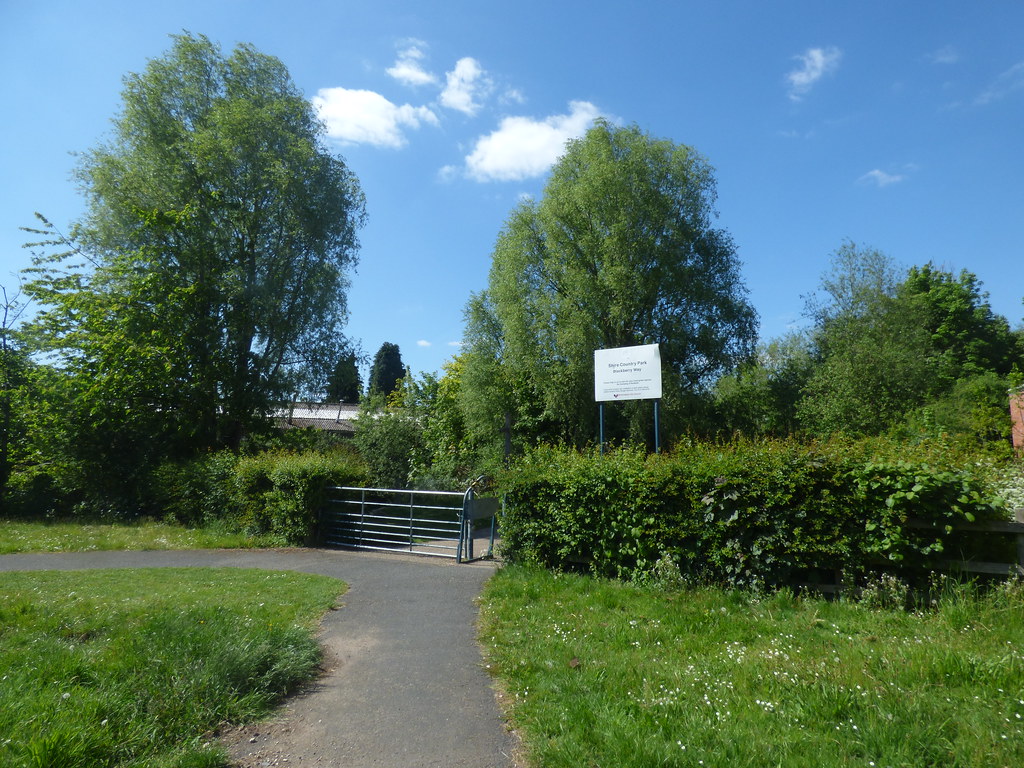 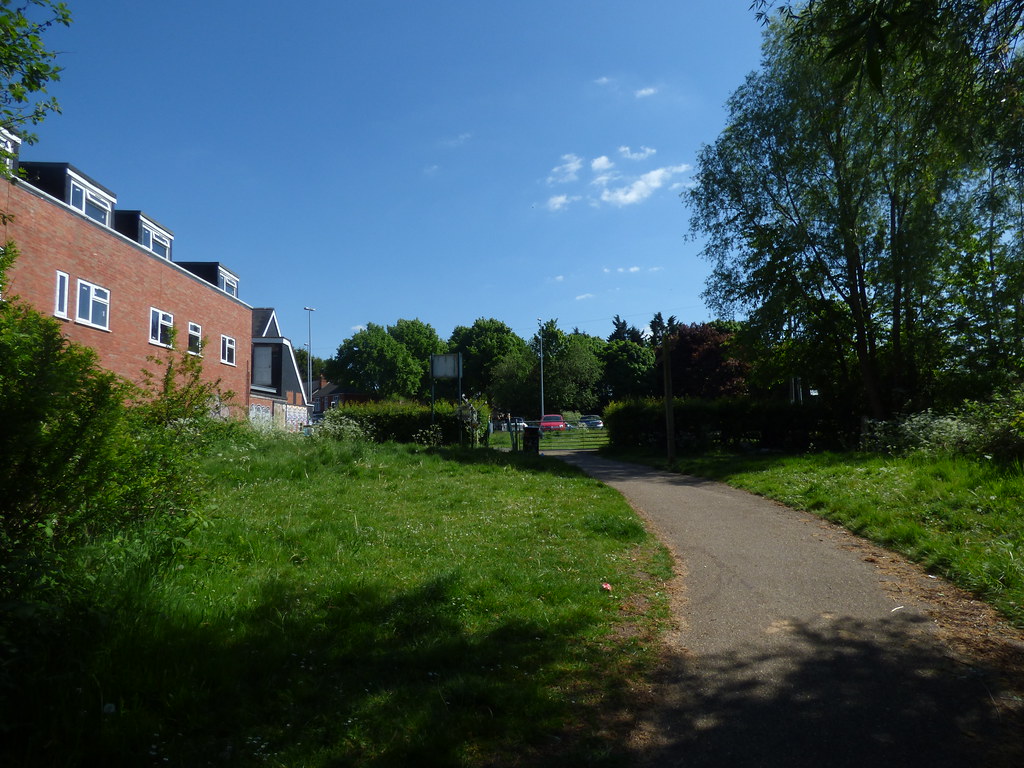 There are paths that goes all the way from Yardley Wood towards Small Heath.

I saw a business park at the end of the Burbury Brickworks Nature Reserve (which leads to the Warwick Road). I didn't go behind here before turning back. 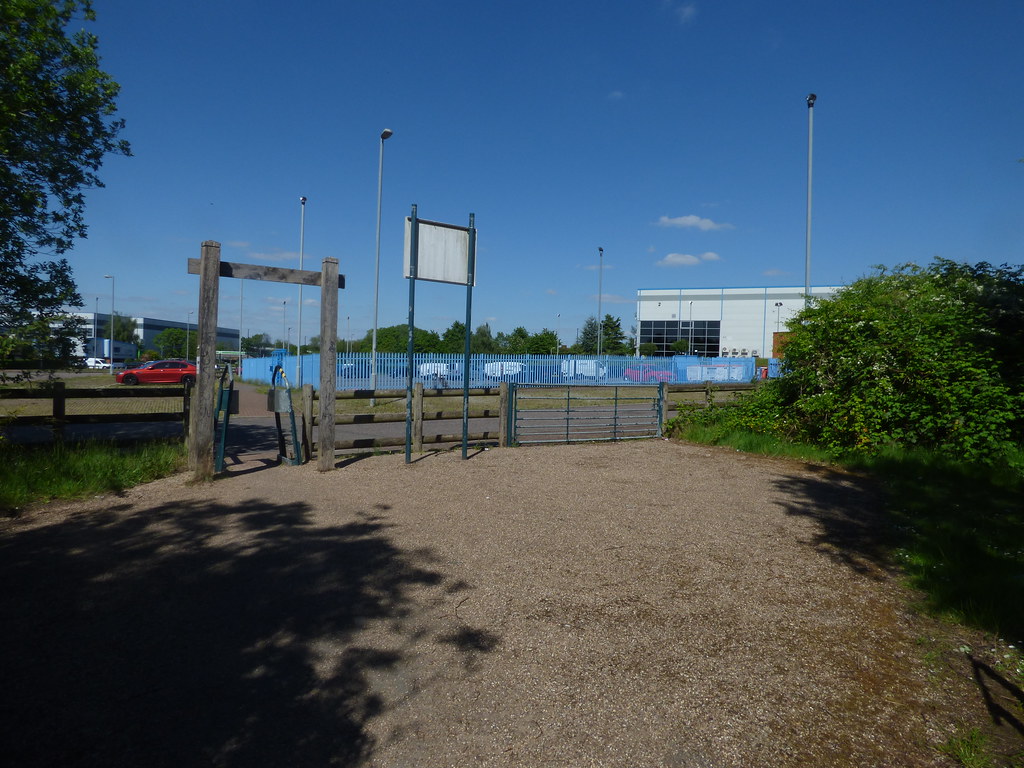 Thanks for those, Ell, I'm going to have another look at the maps & Streetview to try and get my bearings here. I'm trying hard to remember what was on Stratford Road between the bridge and Bromyard Road - it's such a long time ago!

EDIT: Ah, they must have either knocked some properties down here or else removed some fencing or hoardings as you could never walk up either side of the Cole in this direction.

Vivienne14 said:
Found a reference in this book (bottom of page 275) saying it burnt down in 1988. https://books.google.co.uk/books?id=P3ZkU7V6N0MC&pg=PA276&lpg=PA276&dq=stratford+road+baptist++church+spire+removal&source=bl&ots=NX9VFfMzVr&sig=yQ-WkyUDUQ-kehnseosaxvsB_6Y&hl=en&sa=X&ved=0ahUKEwjj9qvO2-zTAhWhDsAKHc2MB1EQ6AEIJjAD#v=onepage&q=stratford road baptist church spire removal&f=false

This is how it originally looked. Seems to have lost quite a lot of the original structure joining the tower on the Palmeston Road side. Viv.

I know this is an old post, but I do remember this burning down. I was on a bus between Solihull & Birmingham when it was happening . I thought it was a little earlier than 88 though, as My recollection is of still living at home in Solihull, but I had moved out by 88. Could be my memory playing tricks on me though. I would have still travelled that way anyway once I'd moved out as I had grandparents in both Sparkhill & Shirley whom I visited regularly.

sospiri said:
Ell, I'm going to have another look at the maps & Streetview to try and get my bearings here. I'm trying hard to remember what was on Stratford Road between the bridge and Bromyard Road - it's such a long time ago!
Click to expand...

Hi Maurice. There were definitely 3 or 4 shops before you reached Bromyard Road. I could see them when I joined the Stratford Road from Sarehole Road. Can't remember what kind of shops they were. They can be seen in the distance in photo 3 of #340 where we are looking towards Bromyard Road and Shaftmoor Lane. Can Ell confirm that Greet Mill meadow is on the left of the bridge going to town and that Blackberry Way is on the right. They didn't have these names in my day. Dave.

If you are on the bus going down the hill on the Stratford Road between Hall Green and Sparkhill (Springfield), the Greet Mill Meadow would be on the left. Then the Blackberry Way is on the right. They were probably renamed by the Council in the last 20 or so years when they developed the Country Park.

The Shire Country Park (grid reference SP099818) is a country park in the south of Birmingham, England, taking its name from Tolkien's The Shire.

History
River Cole´s race to Sarehole Mill formerly went under Brook Lane in a culvert, but this has been blocked and the line of the race is lost to northward. The spillway from race to river is seen to be still there, and the slots for the removable plank weir can be seen. The riverside walk continues as the John Morris Jones Walkway past the site of Robin Hood Lane ford, across Cotterills Meadow which has been Colebank Playing Field for the last ninety years until it reaches the Grade II Listed water mill, Sarehole Mill at Hall Green. The Coldbath Brook, a tributary of the Cole, drives the mill which is now a museum and one of the inspirations for J. R. R. Tolkien's The Lord of the Rings. The Shire Country Park ranger office is located at Sarehole Mill.

Tolkien and his brother spent their childhood in Birmingham with their widowed mother. They first lived in the hamlet of Sarehole, which Tolkien said were the happiest years of his youth. Sarehole is said to have been the model for The Shire, home to the hobbits. Every year the Tolkien Weekend is held at Sarehole Recreation Ground and Moseley Bog Local Nature Reserve part of the Shire Country Park. 2005 commemorated the 50th anniversary of the release of The Lord of the Rings. Ronald and his brother spent many hours playing around Sarehole Mill and being chased away by the miller's son. The Mill features in The Hobbit when Bilbo Baggins runs "as fast as his furry feet could carry him down the lane, past the great Mill, across The Water and then on for a mile or more." In the 1960s Tolkien contributed to a public appeal to restore the mill which had become dilapidated. It is now a museum and is the only surviving water mill in the City's ownership.

Continuing to Green Lane ford which, like those at Slade and Scribbers Lane, has been concreted and the wooden footbridge is the latest of many, earlier ones have been swept away by sudden torrents. When the meadow below Green Road was opened as part of the riverside walk in the 1960s, the Cole was re-coursed and two weirs topped by step-stones were installed. Next, the river crosses the A3400, Stratford Road, the site of the former 13th-century Greet Mill, whose pool was the ponded river. In 1914 two brick bridges, over the river channel and a flood-race, were replaced by a two-arched brick bridge with a stone balustrade which allowed tramcars to cross the river and go on to Hall Green. The mill went out of use about 1843, was demolished and forgotten.

Between Stratford Road and Formans Road, known in the 14th century as Foulemoreslone and which used the Fole- or Fullford (foul ford) the stretch is known as Blackberry Way, being named after consultation with local residents and highly suitable, as this is one of the best blackberry picking sections of The Shire Country Park.

The river is bridged by the A41, Warwick Road at Greet, there is no documentary evidence for a ford here, and then continues north, passing under the Grand Union Canal and the Chiltern Main Line railway at Hay Mills close to the Ackers trust outdoor pursuits centre.
Click to expand...

In the 1940s Blackberry Way or any way was not open from Stratford Road toward Formans Road. There were either buildings in the way or big hoardings. If you tried to paddle under the bridge from the direction of the weir, the water suddenly got very deep and was impassable. In those days your only option was to go down Knowle Road and through the allotments on the other side of the river. That's not now an option because the access to the allotments is by key only issued to allotment holders. Thank vandalism for that.

This sign is in the Sarehole Mill Car Park. Seen in April 2009. Last I saw of it yesterday, the trees were overgrown over it. 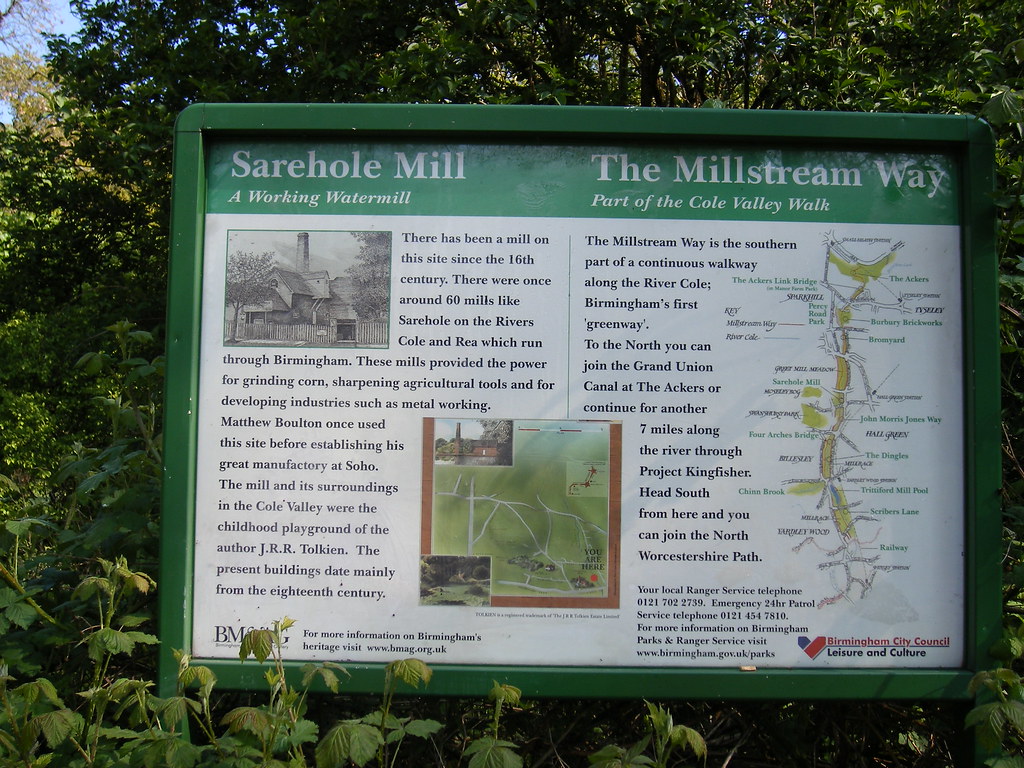 My confusion was that Greet Mill meadows were on the left of the Stratford Road bridge, going to town. I assumed they were on the right and therefore nearer to Greet. Do we know anything about Greet Mill?

All I know from maps is that the meadows are on the site of Greet Mill. The mill pond was formed from the river.