Lovely drawings Vivienne. I have not seen these before I have saved them for my family tree as I have many baptisims, marriages and burials at St Martin's. Thank you for posting them.

I was just wondering if anyone has noticed any work happening on the new window yet?
C

Inside St Martin's when I visited for the Big Hoot's Little Hoot in September 2015. 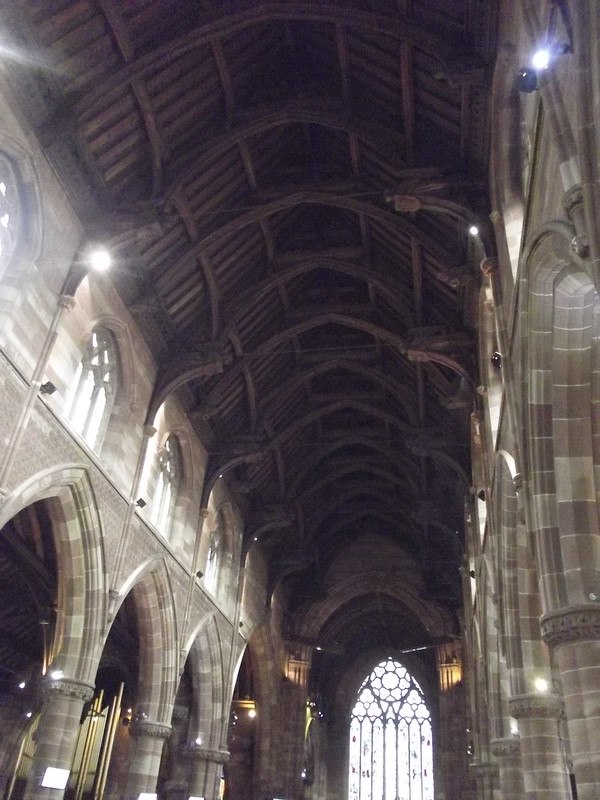 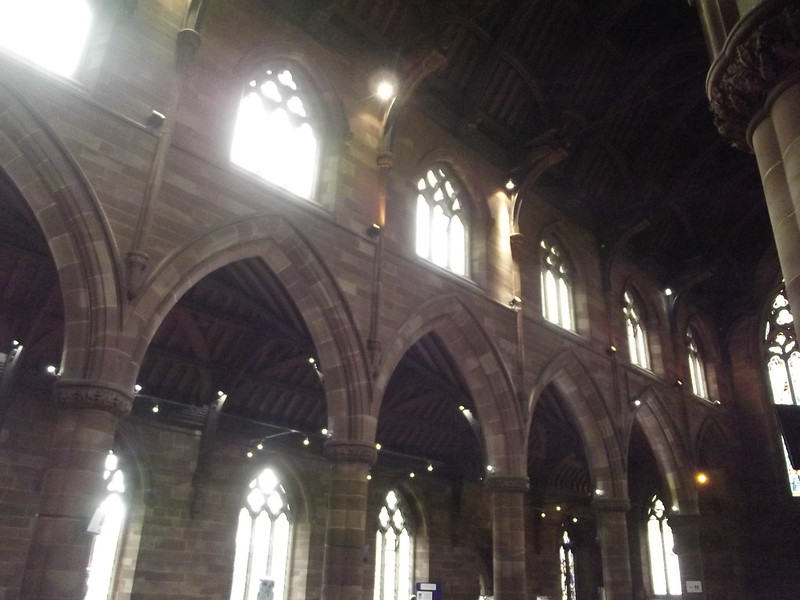 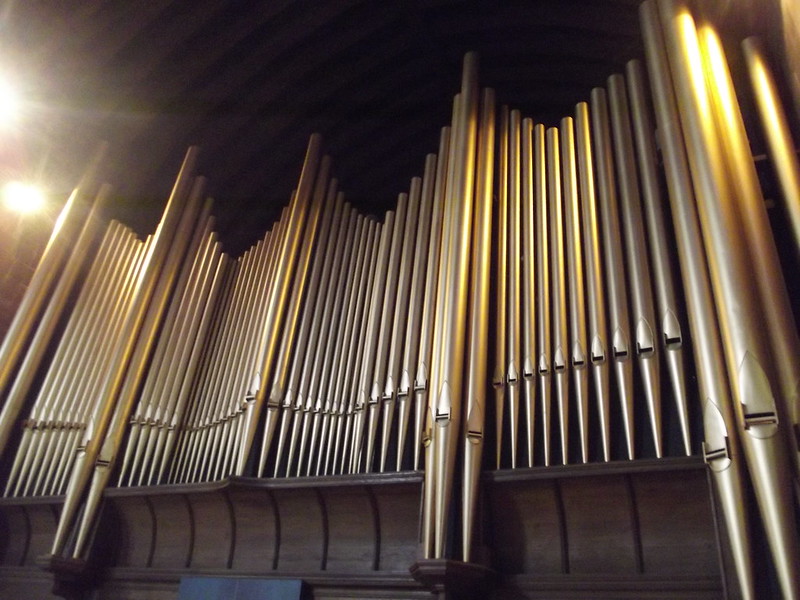 I have no information with this photo.

Staff member
Looks like they're reducing the size of the churchyard Stitcher. What a mess !

Ell, missed your April photos, but great photos of the interior. A splendid roof in there. Viv.
S

Vivienne14 said:
Ell, missed your April photos, but great photos of the interior. A splendid roof in there. Viv.
Click to expand...

I was last in there back in July 2017 for the Big Sleuth presents The Little Bears Detective Club (it ended in September). 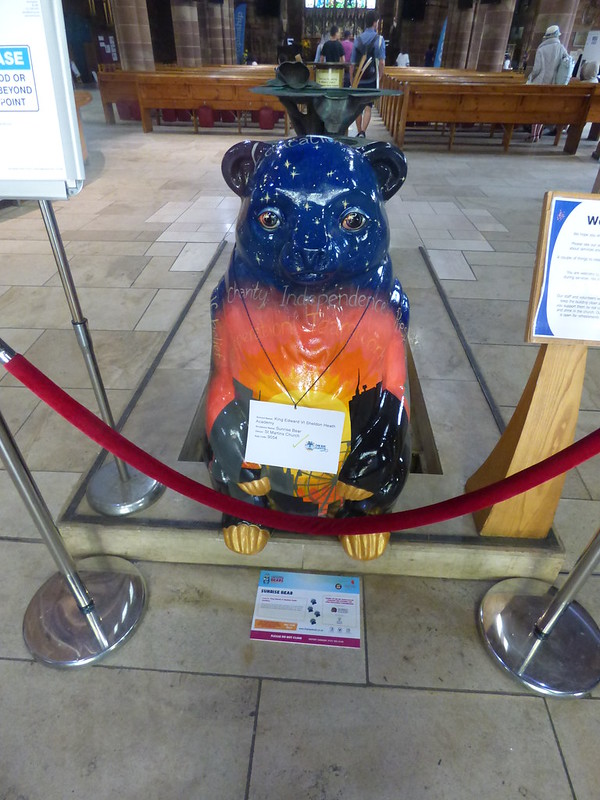 There was several little bears inside at the time.

And one big one from the big bear trail outside. 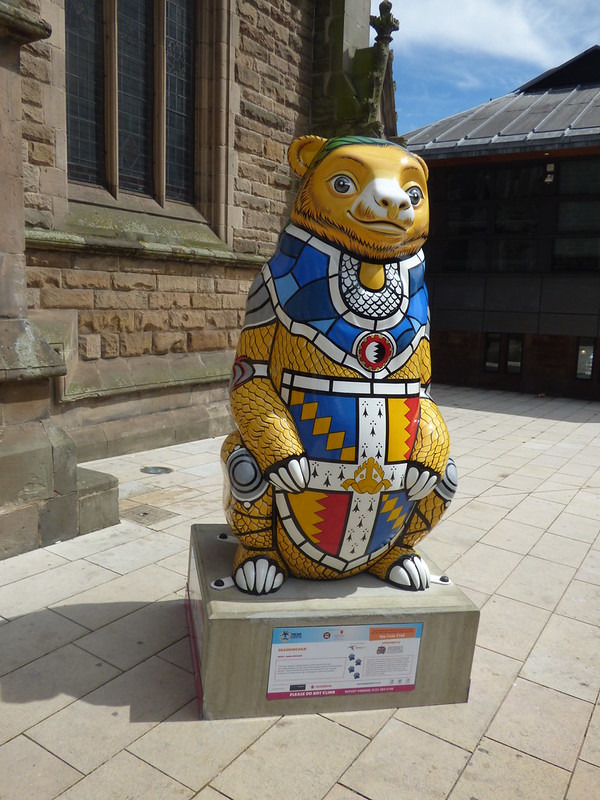 More recently, there is a carousel outside of the church (I think it is still there). 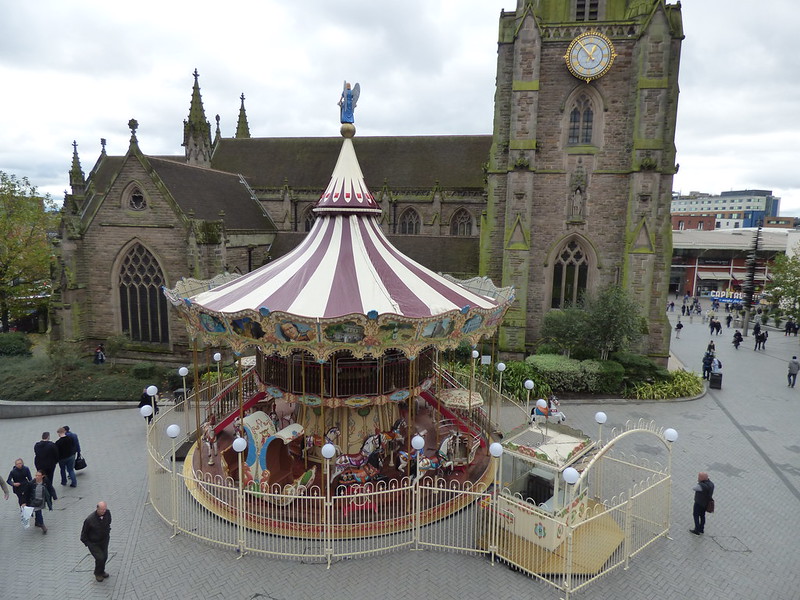 Staff member
Temporary repairs made to the Church in 1941. Viv.

Noticeable that when Birmingham had heavy industry couple with smoke from bombed buildings the appearance of St. Martins was black. Now, with cleaner air it is green with lichen. 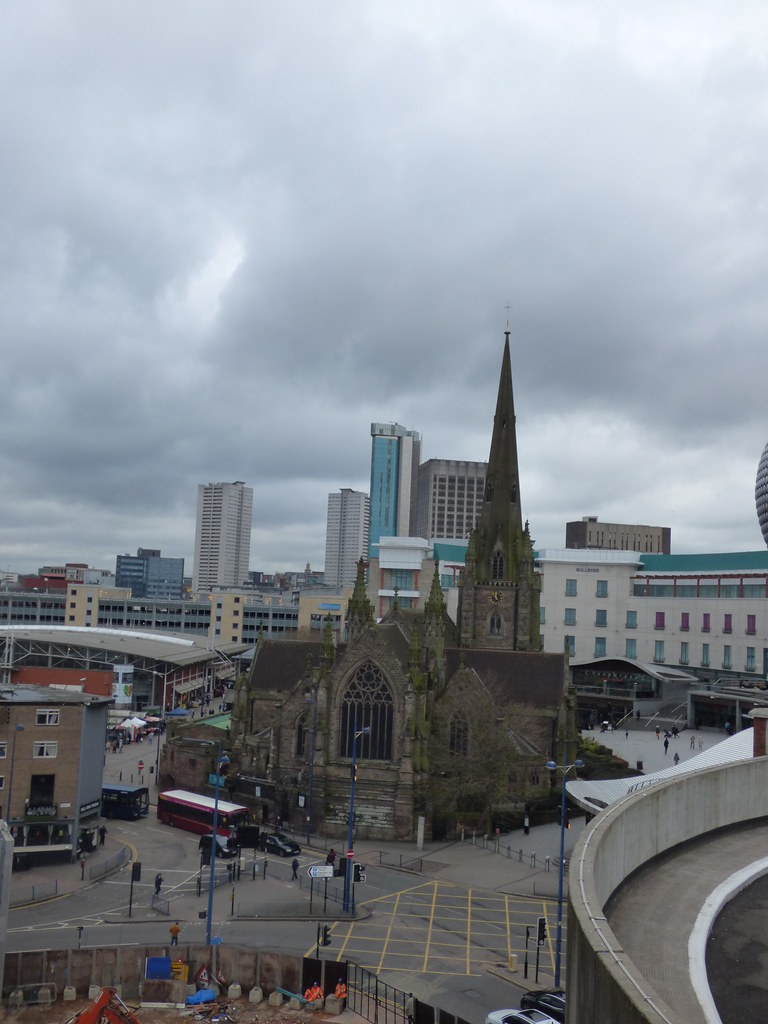 A few photos gathered over the years of the iconic Brum landmark St Martin's Church....to go with those above....and a bit of history....

The present Victorian church was built on the site of a 13th-century predecessor, which was documented in 1263. The church was enlarged in medieval times and the resulting structure consisted of a lofty nave and chancel, north and south aisles and a northwest tower with spire.

In 1547, although no record is kept to indicate when the first clock appears in Birmingham, during this year the King's Commissioners report that the Guild of the Holy Cross are responsible "ffor keeping the Clocke and the Chyme" at a cost of four shillings and four pence a year at St Martin's Church. The next recorded mention of a clock is in 1613. The earliest known clock makers in the town arrived in 1667 from London.

In 1690, the churchwardens "dressed the church in brick". All was cased in brick with the exception of the spire.
John Cheshire rebuilt 40 feet of the spire in 1781, which was strengthened by an iron spindle running up its centre for a length of 105 feet. It was secured to the sidewalls at every ten feet by braces. In 1801, several metres from the top of the spire were replaced after they were found to have decayed. The tops of the four pinnacles surrounding the main spire were also rebuilt. By 1808, the spire had been struck by lightning three times.
In 1853, the brick casing was removed from the tower by Philip Charles Hardwick, who added the open-air pulpit. The church also contained an organ, the reedwork of which had been done by John Snetzler. However, the pipes were found to be ineffective due to their proximity to the church roof and walls.
In 1875, John Thackray Bunce published a book, History of Old St. Martin's, Birmingham, illustrated with paintings by Allen Edward Everitt.

Current church
In 1873, the church was demolished and rebuilt by architect J. A. Chatwin, preserving the earlier tower and spire. During the demolition, medieval wall paintings and decorations were discovered in the chancel, including one showing the charity of St Martin dividing his cloak with a beggar. Two painted beams were also found behind the plaster ceiling.

The exterior is built of rockfaced Grimshill stone. The interior is of sandstone with an open timber roof, which shows the influence of the great hammerbeam roof of Westminster Hall. The beams are decorated with fine tracery and end in large carvings of angels. The roof weights 93 tons, spans 22 ft over the 100 ft long nave and is 60 ft high. The Victorian floor tiles are by Minton and display the quartered arms of the de Bermingham family.

Staff member
This BMAG image shows a painting by Elijah Walton. But what is the road/courtyard in the foreground ? Viv.

Staff member
I don't think the c1889 OS map shows anywhere which it could be, so it must be before that, which is not surprising as the artist died in 1880 ! The Piggott Smith map from the 1820s would seem to indicate to me that it was a view from about the position of the red arrow on the map

Vivienne14 said:
This BMAG image shows a painting by Elijah Walton. But what is the road/courtyard in the foreground ? Viv.
Click to expand...

wonderful picture.....Captures a feeling of life in the day!

The painting by Walton seems to show S. Martin's after it was rebuilt in the first part of the 1870's. If he died in 1880 then it was presumably not long after the rebuild when he did his work.
You must log in or register to reply here.
Share:
Facebook Reddit Pinterest Tumblr WhatsApp Email Link
Top