Heard today that they are doing an archaeological dig before work commences on the new line. Apparently there is a notice posted in Park Street and they have fenced off the Park Street burial ground. Don't know any more as yet.

Staff member
yes pen we knew that a dig was going to happen before the HS2 work commenced but did not know when so thanks for the heads up..looks like it is imminent .....will try and take a closer look tomorrow see what the notice says

Lady Penelope said:
Heard today that they are doing an archaeological dig before work commences on the new line. Apparently there is a notice posted in Park Street and they have fenced off the Park Street burial ground. Don't know any more as yet.
Click to expand...

I would imagine they are going to remove any burial remains that might still be there as this is the usual procedure when building over old burial grounds.

Staff member
would think so phil...i also believe that the area around the fox and grapes will also be excavated again...really must keep our eyes and ears open now

Staff member
Yes they will remove remains before anything. When I visited the Archives a few weeks ago they showed us a map which had originally been made on tracing paper showing the graves, but which had broken into lots of fragments over the years . The HS2 people had paid the library to put all the fragments together so that they could see where the (known) graves were in an aid to the recovery of the remains

took a look today at the park st burial ground..as pen said surrounded by boards so i walked the length of them and the only gap i could find was about 3 inches wide...very hard to angle the camera but from what i could see all the remaining headstones bar one which is showing in the photo have gone...it kind of looks as if any remains that may have still been there have been taken away and the ground looks like it has been covered in some sort of bark...please do not take my word for this folks as it is only what i am presuming based on what i could see..they certainly did not want the public having a good view of this site

Staff member
Thanks for doing that Lyn. Viv.

I've got photos from 2010 of Park Street Gardens with the grave stones. You may have seen them before. 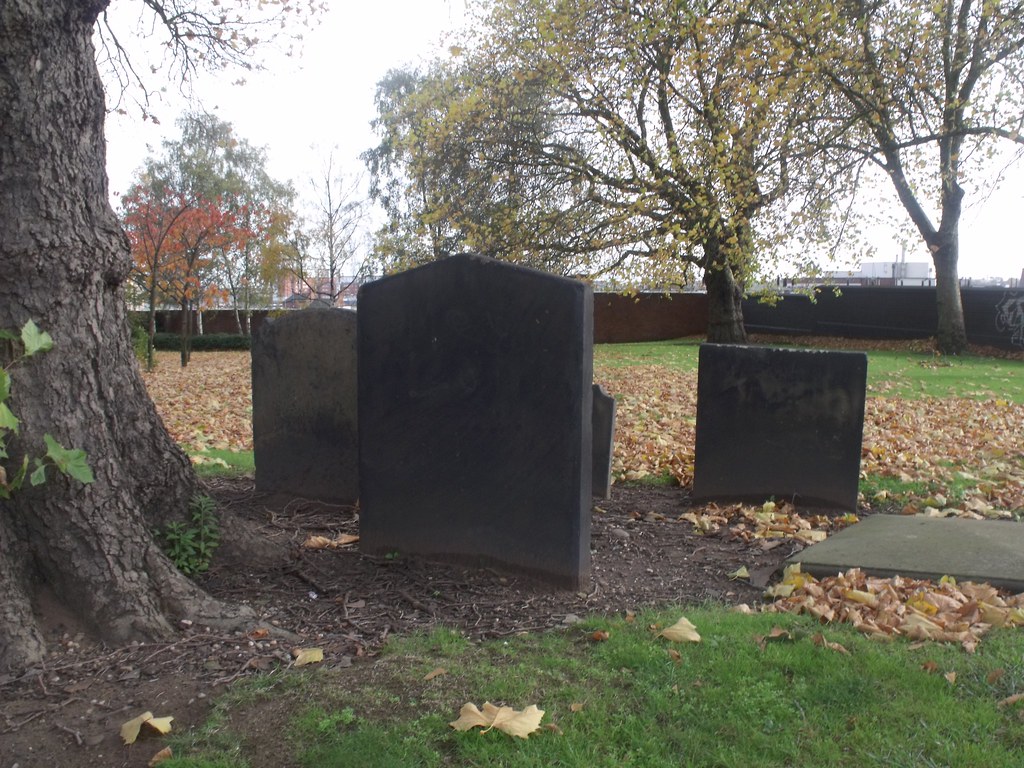 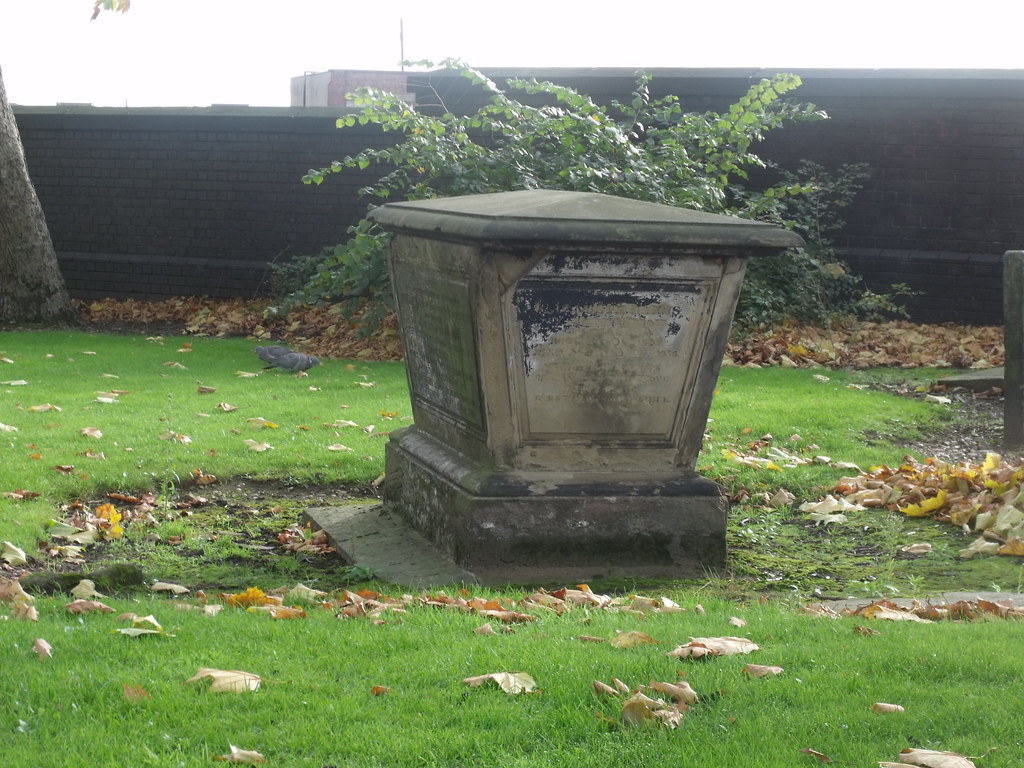 Staff member
many thanks ell...i doubt we will see those again

Staff member
Are these to go then?

Staff member
as i said earlier mort from what i could see it looks like all but 1 of the headstones has already gone along with any bodies left on the burial site...should imagine the ground will be totally flattened for HS2 is coming through

Staff member
Thanks for that Lyn, the penny had not dropped. I remember you making a point of some heritage that would be lost a while back.

Staff member
as some of you know this old burial ground has been taken over to make way for HS2..cant be certain but i think that any remaining bodies have now been removed along with all if not most of the headstones...here is an aerial view of the burial ground as it is now..on the right hand corner is the very old fox and grapes pub which will be demolished to also make way for HS2..in my opinion they have a lot to answer for

Another oasis gone from the heart of the city. I still haven't got my head round HS2 - someone, somewhere is making a lot of money and hundreds if not thousands of people both dead and alive are being displaced.
V

Staff member
Thought I'd work through the earlier history of the burial ground from press reports. Here's a summary of what I found. It seems to have gone through a fairly controversial history, particularly concerning who controlled the funding for the ground and the purpose of the fund's use. And it all started out because a railway company wanted some of St Martin's land !

June 1848
£2000 received from London & NW Railway Co as compensation for the loss of part of St Martin's ground for a railway 'deviation' line. The money was to be placed in trust or similar for Birmingham inhabitants for the later purchase of a burial ground

November 1870
Park Street was showing neglect. Debate about who and how the Park Street fund was to be used. Restoration costs were estimated at £800

May 1871
Park Street had become neglected, especially the section near Freeman Street. Reports in the press of decaying gates and fences, brick walls with gaps in places. The section near St Bartholomew's had less tombstones.


It seems from recent developments, however, that not all remains were removed in the 1950s.
Viv.

Staff member
thanks viv ...a very interesting summary about the burial ground

Staff member
thanks ell...looks like some pretty old remains have been removed...would have gone up for a look but we would not get near...what i am waiting for is when they start digging up the car park between where the fox and grapes was and moor st station hopefully we will be able to watch and get some piccies...as already mentioned there maybe a viewing platform...fingers crossed

Astoness said:
thanks mike..what a fantastic project this is going to be...absolutely fascinating...most know how against HS2 i am but every cloud as they say.....we will now be able to learn more about how people lived and died hundreds of years back and i just hope that the remains of these great brummies are given a proper re burial service (where ever that may be) that they surely deserve