Agreed, CBA, but I've come across these plaque problems in other towns. I know there is only so many they can put up due to financial restrictions, but there doesn't seem to be any consistency as how the choices are made.

I think that's the problem, John, Bill Bloye produced lots of statutes & similar artwork that can be seen today by anyone in Brum. Shows and music are rather more ethereal - most of it before video & audio recordings were made. Copies of his music are hidden deep in various archives, a few in the British Library, and occasionally you might find an odd copy at a postcard fair, but it is rare stuff.

Guess as an apprentice for William Bloye in the 1950s having even worked on some of the statues and carvings COULD I QUALIFY??? Just kidding, But, I did work on this one, Over the door way off a building on Bennett's Hill, froze my arse off in the winter, up on a scaffold with two others, caving away. Had to make the tea for the chaps also!!! Now that deserves a medal!!!

Beautiful - I am always in awe of people who can produce work like that. At least artists can paint over slips - masons can't.

pjmburns said:
Beautiful - I am always in awe of people who can produce work like that. At least artists can paint over slips - masons can't.
Click to expand...

so am i jan but then in despair when these wonderful works of art which in many cases has taken years to create are demolished within a blink of an eye...i get so very very angry

Sad to report that Professor Lord Bhattacharyya (see posts 36 and 37) died on 1st March 2019 aged 78. He lived in Moseley and had many Birmingham connections, particularly with the University of Birmingham and Lucas Industries. He was founder of the Warwick Manufacturing Group which encouraged partnership between universities and industry. There was a comprehensive obituary in The Times today. Dave.

Richard Spooner was a Magistrate, an MP, Governor of the Grammar School, President of the Chamber of Commerce, and a banker in partnership with Thomas Atwood. He is mentioned in the Thread concerning Rookery Hall (Birches Green) which was one of the Spooner family residences. The family was also associated with Elmdon Hall.

There is a short Wikipedia article here...

I put Richard Spooner in the notable category, due to his amazing change of political views from radical Liberal to ultra-Tory.

In 1812, with his partner Thomas Attwood, they fought against and managed to cause the overturn of the Government policy which had caused such damage to Birmingham and the manufacturing towns. Attwood and Spooner made a triumphal entry into Birmingham being met by a large number of people. In 1815 Richard Spooner became High Bailiff.

Richard Spooner has a lengthy Obituary in the Birmingham Journal which goes into much detail...

“...Mr Spooner was, or appeared to be, a decided Liberal...In his younger days he gave fervid and uncompromising speeches in favour of the principles of civil and religious liberty... His opinions were, perhaps, a little more strongly pronounced than his convictions really warranted...

...(1830) Beaten time after time, Mr Spooner had now come to be looked at as a permanently rejected candidate... might he succeed as a Tory.... He changed sides. He changed from having been a bold and uncomprimising Liberal, to ultimately one of the most determined, immovable, and obstructive members of the ultra-Tory party...

...After more defeats he was described by Mr. William Mathews as a "glutton for punishment.".... But in 1844, most likely to his own astonishment, he had a success, becoming the first Tory MP for Birmingham. However he lost again in the 1847 election, but managed to gain a seat for N. Warwickshire at a pending election, where he successfully defended for the next 3 elections...

...every proposal which in his earlier life would have elicited his most strenuous approval, received in his old age his most vehement opposition...He was a proponent of protectionism and a strong Anglican, opposing any measures of relief to Roman Catholics, "Dissenters" or Jews. In his later years he was considered a figure of fun, with his annual (and barely audible) speech denouncing the renewal of the grant to Maynooth Seminary treated with derision.”

The Birmingham Journal does go on to say that although he represented N Warks, Birmingham enjoyed the advantages of a third Member. He warmly defended the local and commercial interests of the town in Parliament.

Astoness said:
so am i jan but then in despair when these wonderful works of art which in many cases has taken years to create are demolished within a blink of an eye...i get so very very angry

Of course now with the power age taking over, a lot different. I remember Mr. Bloye always liked flowing lines, even when carving Roman letters and numbers in stone or wood, .We used quill pens held at a angle to draw with them. Took a real steady hand. As our residence artists on this group will attest.
B

Ellen Pinsent must be a notable Brummie as on the 8th March 2018 Birmingham’s first female councillor was honoured by having the former Committee Room One at the Council House dedicated in her name.

But, like some members of the Cadbury family, Ellen Pinsent’s involvement with the Eugenics movement of the time doesn’t seem to get a mention. Ellen Pinsent was also a member of the Eugenic Education Society and was on the general committee of the First International Eugenic Congress.

When placing herself forward for election to the Council in October 1911 she stated that the neglect of defectives largely increased the number of criminals, paupers and unemployed, who came on the rates for support....Many defectives were preventable cases, others need never have been born if only we had given the unfortunate mothers and fathers proper care and control.

Around the time of her election in the November of that year she shared a platform with the Duke of Portland who prophesied that at the present rate of mental deteriation, three centuries hence there will be more insane persons than those who have their faculties unimpaired. The Government should insist on the segregation of all men and women obviously incapable of earning their own living. Mrs Hume Pinsent of Birmingham stated that 13 feeble-minded women produced over 100 illegitimate children.
F

There are so many academics and business people we are proud to say are Brummies but I've played a little game with my son over the years ( he's 26 now so he knows the reply before I ask the question ) concerning my Brummie musical heroes. A song would come on the radio and proud as I am of Birmingham I would ask my son, 'Where do you think this band came from?' 'Yes I know, Birmingham Dad.' 'Thats right son. Yes Jeff Lynne - ELO come from Shard End. Moody Blues, Black Sabbath, Spencer Davis Group, UB40, Duran Duran (well except lead singer)....OK gang fill in the blanks there so many. May not have been the Mersey Sound but Brummies certainly rocked the world.

My notable brummie of the day is Lyn.. Happy birthday Lyn

George Grenfell (1849-1906) is mentioned in the Thread “Heneage Chapel.” As he came to Birmingham at the age of 3 years, was schooled at King Edwards, Gem St. and joined Scholefield and Goodman, he could be thought of as a notable Brummie. In the 1950s Heneage Chapel was demolished and a new Chapel was named after him.

His Wikipedia entry can be found here... 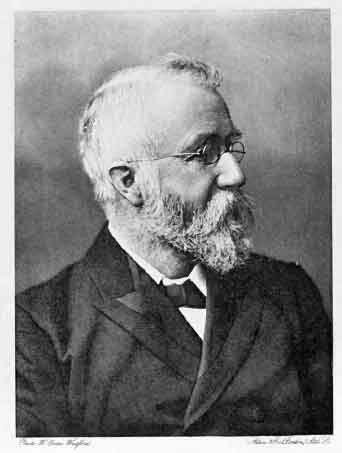 The book advertised here in 1908 can be read via the Internet Archive...

superdad3 said:
A reply to this old thread says "no". Well I disagree. How do you define a famous person of Birmingham? Surely it's a very narrow concept to only consider people actually born in Birmingham? Many of Birmingham's famous people were not born in Brum but were long associated with Brum after they became famous.
What about:
William Hutton
Prof. Fred Lanchester
James Watt
& my favourite author Lee Child to name a few.

Kumar Bhattacharyya is the foremost engineer of his generation and well deserved his title. He is alive and well living in Moseley in the former Lucas home.

You basically have to have been dead for 20 years, for your legacy to have been suitably assessed. Whether you were born here, died here or you lived here for a time qualifies you for the association.