Returning to the thread of Midland Red publicity, after WW1, in 1919, James Savage, who had worked for BET in London, became the architect of Midland Red's publicity. He was private secretary to Orlando Cecil Power, born in Kings Heath 1879. OCP was well known and liked in the city and held his Midland Red post for 44 years. He died in 1943 at a transport meeting in London. The Red was great at publicity, timetables, such as the ones in this thread, posters and newspaper ads were the order of the day. Posters encouraging day trips and longer tours were very much in evidence at any depot or office and timetables were available in quite a few places where shops acted as agents, often for parcels, of Midland Red. Savage was also responsible for bus advertising and in house magazines. Children were not forgotten - they were tomorrows passengers - there were puzzles and other items produced for them. Maps and window displays were another feature. There is far more to the publicity side of Midland Red that I have mentioned. I bet many here have been on a Midland Red tour or holiday, probably inspired by one of the those many posters. Their slogan "All Over The Midlands" meant something to many people, as did the later "Friendly Midland Red".
London Transport have a great Museum and produced and publicised many books, regarding their design and publicity and given fame to people and transport items that worked for and served the capitals transport systems..
A pity Birmingham, apart from the Transport Museum at Wythall, seems to have overlooked the tremendous role played in the city and Midlands by Midland Red. It does seem to me that in the incessant drive for city modernity, much of the history that actually made Birmingham world famous - most of which seems to have gone - is not catered for in its Heritage. What other city is there in the UK, that was so dependant on canals for its expansion and progress in the past and which made the place the "City of 1000 trades" but does not have a canal museum. Canalside homes seem more important.

I have been told by the Midland Red Website that they were issued between
16 May 1925 and before 11 Feb 1928.
Did anyone else notice the interesting pattern around the titles... I bet they stopped using that by 1939 ?

The design, often called a version of the Greek Key, is very ancient. The link following shows that is was a good symbol for millennia - until the 1930's when it became quite something else. 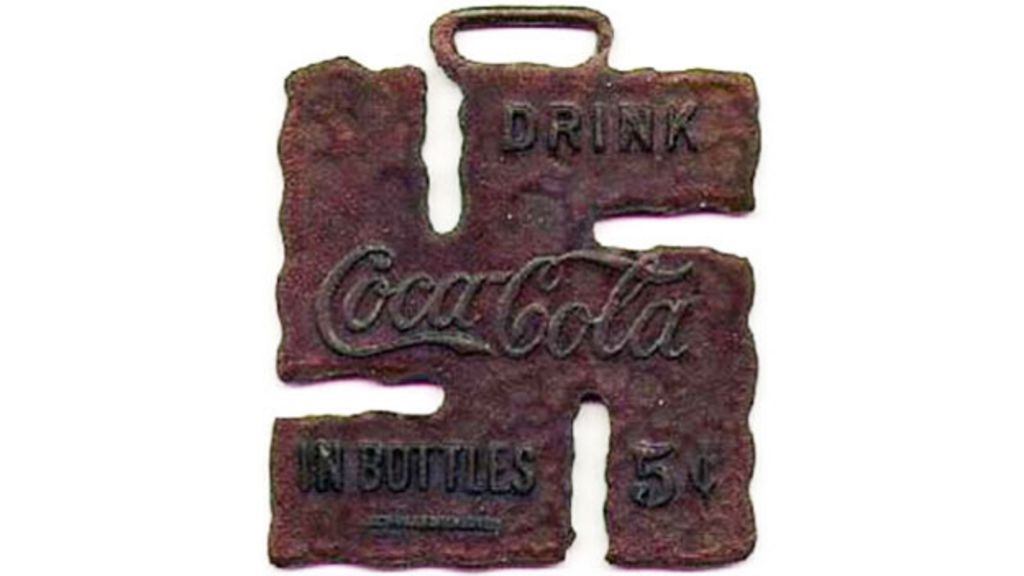 How the world loved the swastika - until Hitler stole it

In the Western world the swastika is synonymous with fascism, but historically it was used as a symbol of good fortune in almost every culture in the world.
www.bbc.co.uk
D

I have a copy of the Midland Red Birmingham Area timetable for June 1970 UFN complete
with its map in pretty good condition which it seems a shame to recycle.