Rod, I'm not sure if this is the correct forum but various genealogy sites are remembering the Fallen of two World Wars and other conflicts. If it's ok can I start off with

And also all the brave men and women alive today who fought and came home, some of whom I have met on this site. It's a privilege.
R

May I add my thoughts, at this time, of:

Still remembered with pride by his great nephew and nieces.

Remembered by a brother he never got to know.

i would like to remember my grandfather, his name was harold kain, he was in the royal artillery, he was with the british expeditionay force and was very badly injured at dunkirk, he died of his injuries in eastbourne.

although i never knew him from the stories my mom told me the world lost a very special person on that day.

We have a number of our family members who were killed , injured, or died as a result of WW1 & WW11. Our English ones in and around Europe and our New Zealand ones in and of the coast off Gallipoli. As of yet we do not have all their service numbers, or ranks.
Our message is in 'REMEMBERANCE' of all family members known and unknown who served with great courage for our sakes, you are never forgotten.

Jack Lunnon RN who died at the Gallipoli landing, when his life was just beginning.
C

Lynn winterton. Check out www.1abb.org.uk and the roll of honour. Your grandad is remembered each year at our remembrance service. Any information you have would be appreciated. Also check the photos on Flickr, link on website.

Were you aware that he died not at sea but fighting on Gallipoli itself?

Taken from the Aston News.

A well known face from the book "Gangs of Birmingham" and Police mug shots held at the West Midlands Police Museum in Sparkbrook. His image has become more well known since the screening of the BBC series Peaky Blinders and the resulting newspaper articles about the series and stories concerning the original Peaky Blinders.

In the 1911 Census Stephen McNickle was living with his wife Louisa and five children at Wharton Street, Nechells and his job was a "Edge Tool Striker."

He enlisted into the South Staffordshire Regiment on 12 October 1914. His attestation form on Ancestry is for One Years Service, Army Reserve (Special Reservist). He put down that he had previously served with the 3rd Battalion South Staffordshire.
His service papers on Ancestry are quite poor quality in parts and some information is very hard to read.

However it does seem that Stephen and Louisa were not married and a document in his papers states that they were married two days before he enlisted. No doubt she would not have received a separation allowance otherwise. The family were now living at Premier Street, Nechells.

He then spent the next three years in the UK and his records show that he was disciplined a few times for various misdemeanors.

I cannot see the actual date on his papers but at some time he was transferred to the York and Lancaster Regiment, service number 62575.
he was posted to the 18th Bn and landed in France on 3 July 1918

On 22 September, 1918, Pte Stephen McNickle received a Gun Shot Wound to his right arm and shoulder and his right arm was amputated. (A GSW was also used if a soldier was hit by shell fragments)

He came back to the UK on 2 October 1918 and taken to a Hospital in Cheltenham.

Stephen McNickle died on 20 June 1920 aged 41 and he is now buried in Nechells Roman Catholic Churchyard (St Joseph's) and has a Commonwealth War Grave headstone as no doubt his death was was caused by his his wounds received on 22 September 1918.

Thanks for posting this Terry. I am in touch with Stephen McNickle's great great grandson Michael. Michael's mother Margaret McNickle was my best friend many years ago.
I am not sure how much of this information Michael has but I will let him know that this post is on here.
Last edited: Jan 12, 2014

GONE BUT NOT FORGOTTEN 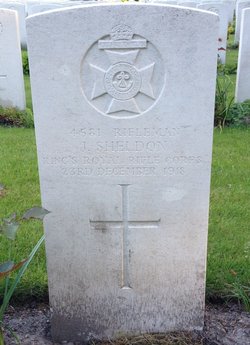 Can I add to the list. Able Seaman Sydney George Bromfield . MPK March 1942.

An example taken from the Birmingham Weekly Post published on Saturday 16 September 1916.
Each week there would be a list of men posted as Missing and parents and loved ones would seek information hoping they might have become prisoners of war.
In this example most of the dates given are 22-23 July. These would be Birmingham Pals killed during the attack near High Wood and their poor remains still lying in No Man's Land.

Chris Baker, thank you for your message, I have only now found it. Yes I think the family knows that a lot of the men landing at Gallipoli were cut down in the water as they were going ashore to fight. What Jack's fate was we may never know.

can i add my families fallen
moms side