I remember Bebbingtons very well.That was where my great aunt used to take me to buy me clay marbles.They weren't as heavy as glass marbles but they were a lot cheaper and there weren't many glass ones about .It was also where I got took to see Father Christmas every year.He was at the back of the store ,sat with a big bran tub,filled with presents wrapped in blue or pink paper.They used brass canisters on a pulley system above their heads that they used to put the money in and it would go shooting off to the cash office and then come back with your change in it.Simple but happy days.
Last edited: Jul 16, 2015

I remember Bebbingtons very well.My great aunt used to take me there to buy me clay marbles.They weren't as heavy as glass ones but a lot cheaper.I also got took there every year to see Father Christmas.He was at the back of the store with a big bran tub full of presents,which would be wrapped in blue or pink paper.When you paid for an item,the assistant would put your money in a brass canister,attach it above their heads to a wire and it would whizz off to the cash office and come back two minutes later with your change in it.Simple but happy days.

As earlier photos have been lost from this thread here are a few to help revive this thread. Viv.
S

Staff member
An earlier image of the High Street. No date on this one, but I’m sure someone will be able to advise. There seems to be a privately run library to the right. And/or maybe it was a bookshop ? Viv.

Staff member
A few more. The first image seems to have been outlined in ink. Viv.

Post 63#. The top photo is early 1950's I guess as the tram tracks have gone. They were moved in 1950 I believe. A good mix of pre-war and post-war cars. The sepia photo is not so easy to date as steam trams commenced to Kings Heath, which looks like it was the terminus, in 1887 but was extended using electric trams in 1907 to Alcester Lanes End. However there are no signs of poles or wires in the picture.
.

Post 64#. Date seems early 50's given the small amount of traffic. I see a tall ladder and a Timpsons shoe shop.
Post 65# Notable is the absence of motor vehicles just horses and carts and the steam tram (no wires or posts). The library could be the town library as Kings Heath was not incorporated in to Birmingham until 1911.

Staff member
The High Street in 1953. There seems to be bunting around some shops and a flag out at Lewis & Hall, so probably for QEII’s Coronation. Viv.

I'm not sure about the details of this building in Kings Heath on the High Street.

It is now the Karma Centre. Google Maps says it was the Kinmos Volunteer Group in the Post Office Building, 149-153 Alcester Road. 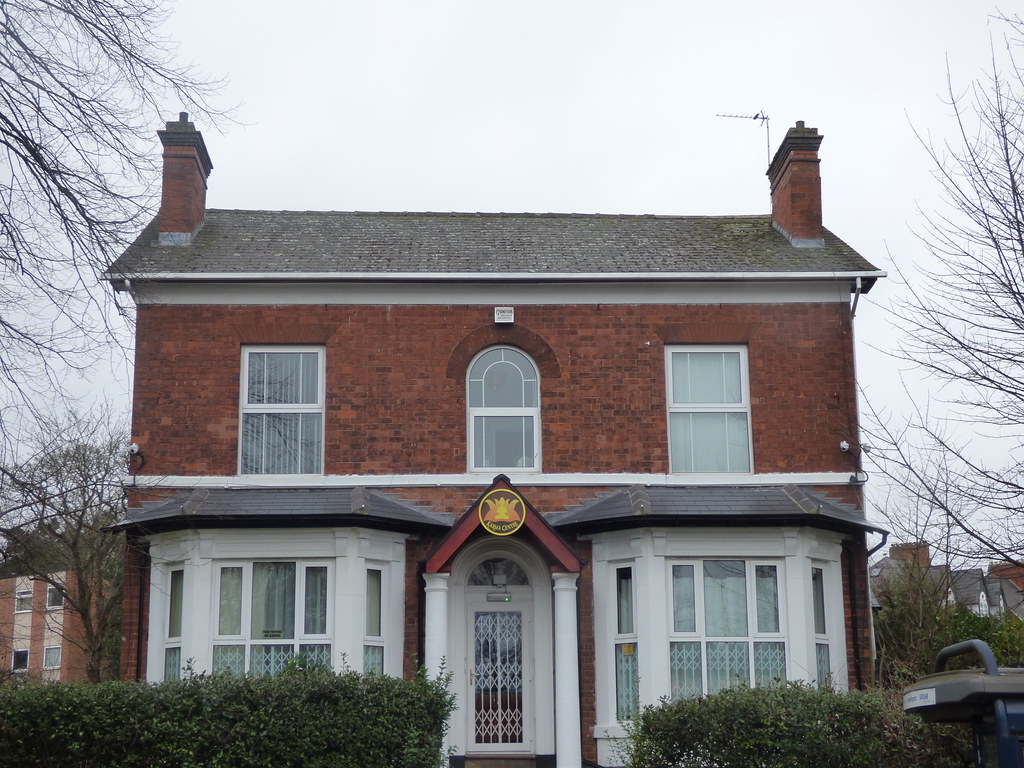 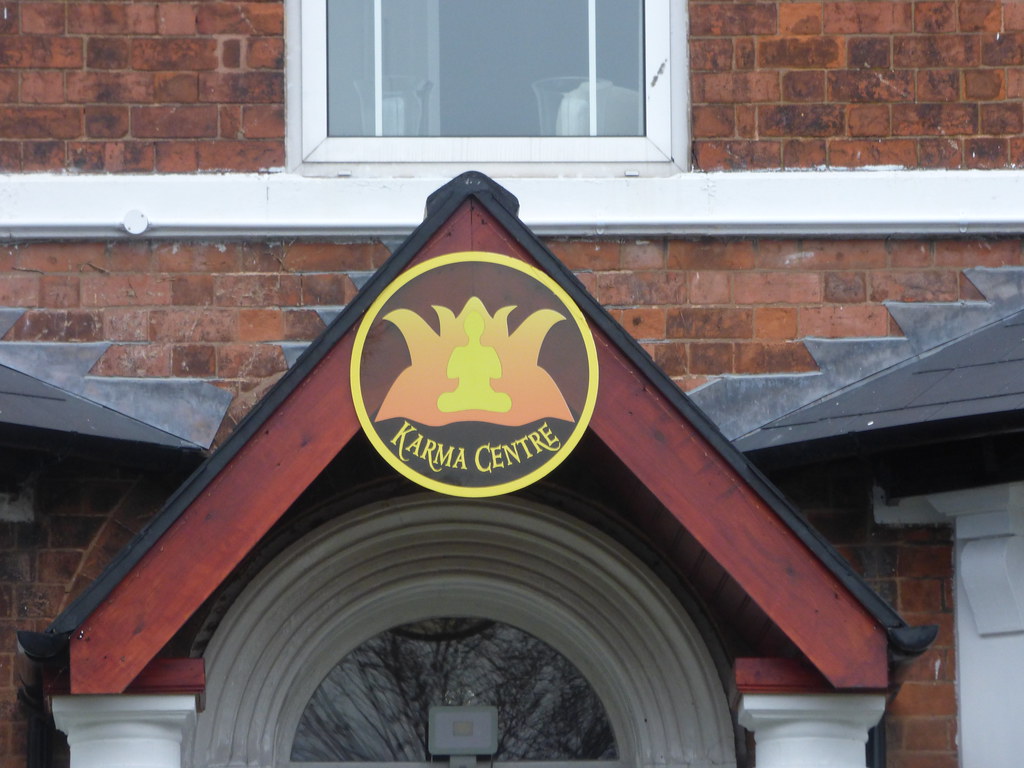 Post box on Valentine Road is not exactly too close to the building. 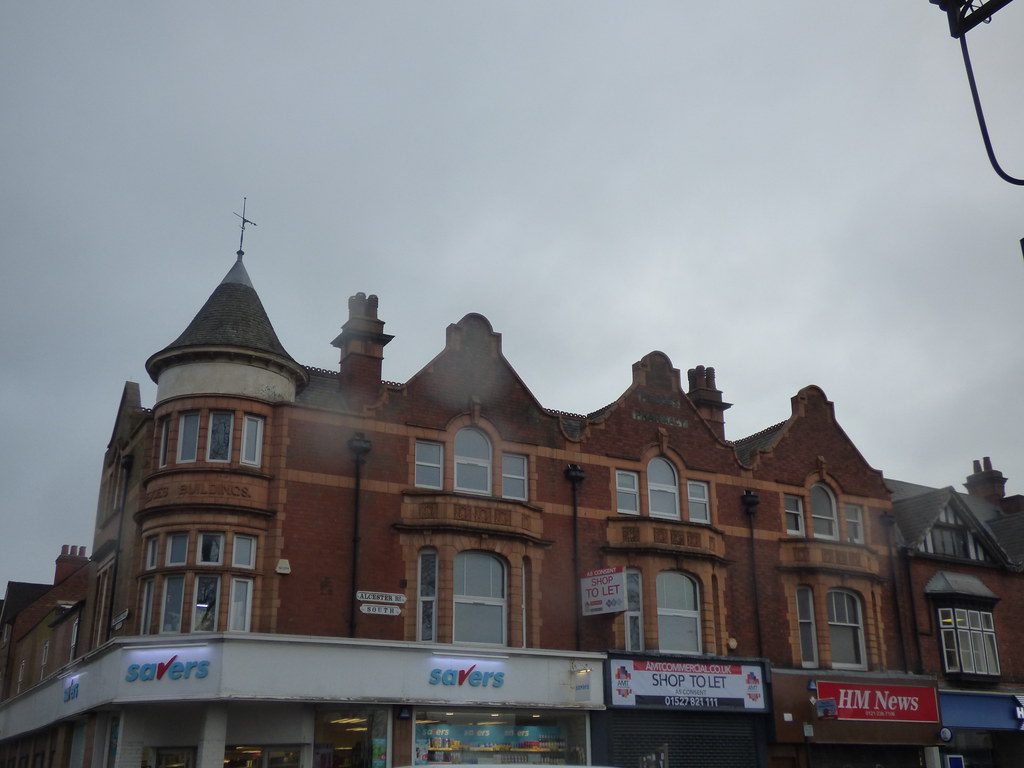 Scots Corner at the corner of the High Street and Institute Road. 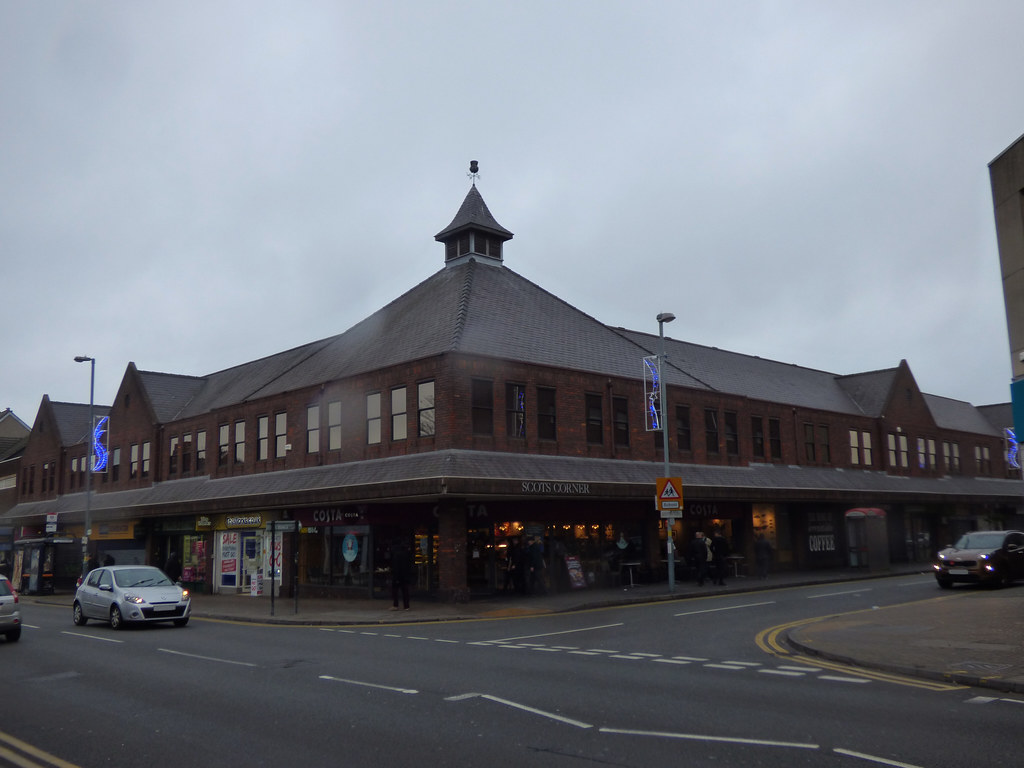 Re: #69 I think those shops are on the corner of Poplar Road and are still there - frontages of some have changed but the upper floors look the same.

ellbrown said:
I'm not sure about the details of this building in Kings Heath on the High Street.

It is now the Karma Centre. Google Maps says it was the Kinmos Volunteer Group in the Post Office Building, 149-153 Alcester Road.

Ell the address given for the Karma Centre is 1 High Street. 149 Alcester Road is the address of Moseley Post Office. I think Kinmos had 2 branches - one where you photgraphed and another in the Post Office building. I High Street was the Doctor's House but I am not sure how far back.
D

Ironfighter said:
I remember Kings Heath High street very well. Mr granparents lived off Brandwood Park road so we regularly travelled on the 50 from Trafalgar Road to The Knob. I remember well the public baths in Institute road, Woolworths on the corner, opposite the toy shop with its train set and the model of the Eiffel Tower in Meccano
Does any one remember the BCT mobile canteen that parked in Vicarage road by the toilets, in the evenings, so the bus crews could get a hot drink? It was the terminus for the 49 and No 2 buses.
And who remembers "Decorwalls" the paint and wallpaper shop. The manageress - Toss (Gladice Tame) Died last year in New Zealand at the grand age of 104!!! She was my aunt, her husband Bill looked after the gardens at The Knob and won prises for them.
Down by the Kingsway was a music and record shop, my dad bought the music to Mary's Boy Child there, when Harry Belefonte made it so popular.
Years later, working for the Premier Driving School in Mosely, I used to take advanced pupils up the High Street to test their clutch control and handbrake use.
Click to expand...

I have only recently found this site.
Your aunt and uncle Mr and Mrs Tame were my next door neighbours in Brandwood Park Road. I remember them emigrating to NZ. If I remember I think there son had already emigrated and they followed him. It was making to read that Mrs Tame ( I never knew her first name) loved to be 104. I have moved away from Birmingham but still visit regularly as my mother is still in Kings Heath.

Your post #69 shows Lewis & Hall Ltd on the main road, but by February 1966, they had extended into Poplar Road (on the left) and about three or four shops in on the right. I believe it was probably the old gramophone record shop. My late mother was their book-keeper for a number of years. They were heavily involved in electrical contracting all over England, where a large part of the cost of work was met by local authority grants, and they employed a few dubious salesmen, who were selling direct to householders. (All has been substantiated by Birmingham newspaper reports at the time).

The salesmen were paid a basic wage and a high commission, and this led to the need to set up a Litigation Dept in 1964 to counteract claims of mis-selling. By 1969 they had over-extended themselves and a creditor applied to the High Court to have the Company put into liquidation, and it was all gone by 1973. The Company was certainly on the approved list of electrical contractors by 1935, the earliest reference I can find for them.

pjmburns said:
Ell the address given for the Karma Centre is 1 High Street. 149 Alcester Road is the address of Moseley Post Office. I think Kinmos had 2 branches - one where you photgraphed and another in the Post Office building. I High Street was the Doctor's House but I am not sure how far back.
Click to expand...

When I right clicked on Google Maps and choose "What's here?" it came up with the Post Office Building for some reason.

Currently the Post Office in Kings Heath is on the High Street within WH Smith. The former post office on Alcester Road South closed down years ago but is still a pair of red post boxes outside. The Blackbirds Bakehouse until recently was in those units but closed down recently. The post office closed down around 2013. It was replaced by Love Lounge in 2016. Didn't last too long as it closed in 2017.

No not that PO - 149 is Moseley Exchange building (at Moseley Post Office) where Kinmos have an office but they used to be in the building you photographed. I suspect that the google map is picking up Kinmos and giving its current location for some reason.

The Karma centre is definitely 1 High Street which used to be the doctor's house.
Last edited: Jan 2, 2019

Staff member
The trouble is that it is possible for anyone to pinpoint a building on Google and mark it , and sometimes they are wrong. Google, presumably, unfortunately accepts these attributions.

Side view of the HSBC UK bank on the High Street, Kings Heath, seen from the no 35 bus. Date on the front I noticed said 1898. Was a Midland Bank. 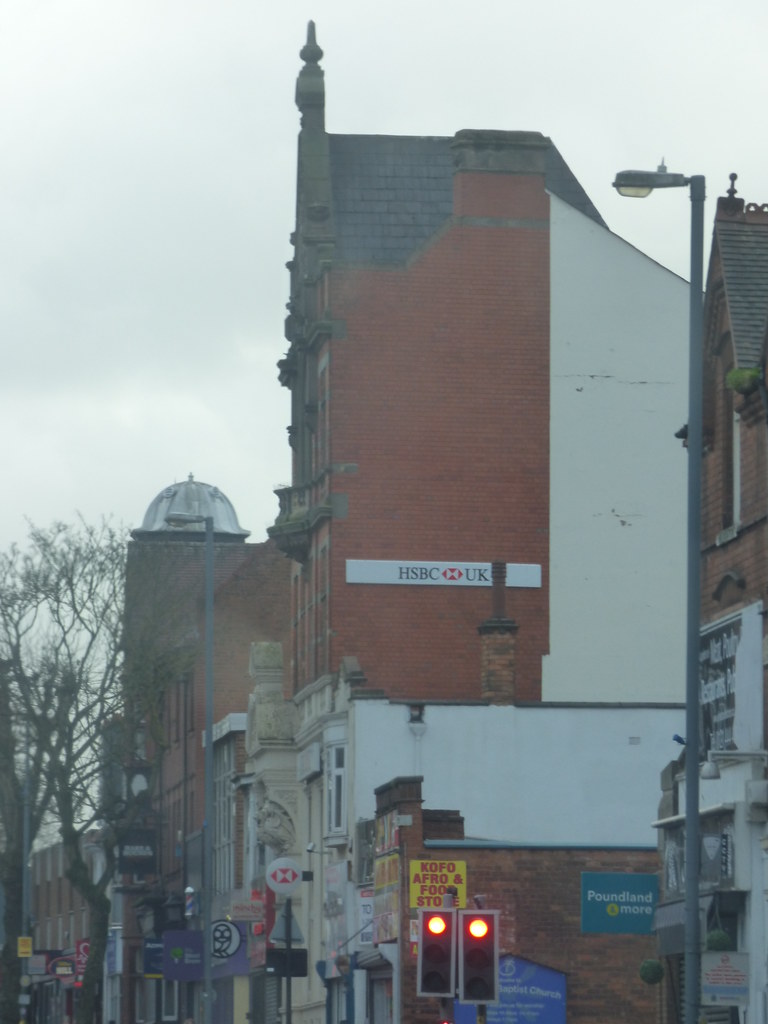