John Baskerville, born Wolverley, near Kidderminster in 1706. Printer and type-face inventor. Came to Birmingham in 1725 and set up various businesses in Moor Street as a writing-master; stone-cutter; and latterly as a japanner. 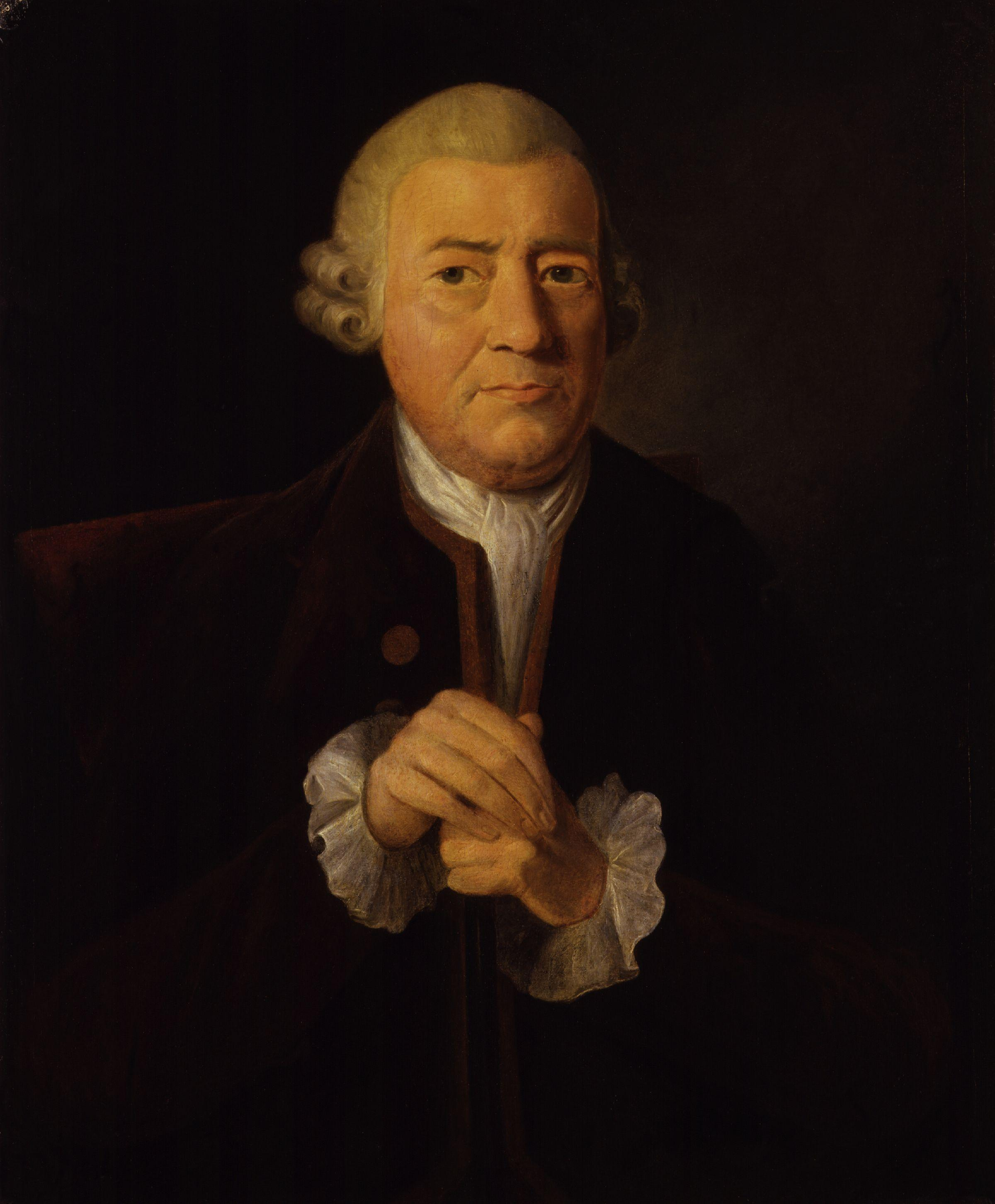 In 1747 moved from Moor Street to new workshops and house at Easy Hill (later Easy Row), where Hall of Memory and Baskerville House now stand. He also did lots of other memorable things in his life in Birmingham, was somewhat of an eccentric; but it is in death that my interest, and this story are focused.

PART 1. In the beginning.
The Date: 1829
The Place: New Street, between Christ Church Passage and The Royal Society of Arts Building.
A respectable gentleman, a master plumber and glazier named Job Marston, briskly walked past the Church, under the impressive Porticos of the RSA, then stopped and knocked on the door of his friend George Barker, a leading Solicitor and churchwarden at Christ Church. A servant appears. “Is Mr Barker at home?” enquired Mr Marston.

Then things took a strange turn. Answering a brief “No, sir”, the servant walked away, leaving the door open. Marston entered the hallway, saw a key on the table, slipped it into his pocket, and promptly returned to his shop in Monmouth Street, as the Snow Hill end of Colmore Row was then called.

Shortly afterwards he was to be seen accompanying one of his workmen pushing a barrow, on which a heavy object lay, covered with a green baize cloth. They stopped at Christ Church, where, with the key he had nicked earlier, Marston opened the door of the Catacombs. There in Vault 521, he helped his workman manhandle the burden, which when the baize was removed revealed – a leaden coffin. The body of John Baskerville had come to the second of its three resting places, and George Barker, churchwarden and solicitor, could square his conscience in that while HE would not open up the catacombs for Marston himself, he had mentioned to him that the key would be on the hall table at a specific time…crafty beggar…

PART 2. Flashback.
8 January 1775.
John Baskerville shuffles off his mortal coils. In Baskerville’s garden at Easy Hill stood the conical base of an old Windmill, which he had already adapted as his own Mausoleum, even going so far as to write the epitaph that adorned it after his death.

“Stranger, Beneath this Cone in Unconsecrated Ground,
a Friend of Liberties of Mankind Directed his Body to be In’Humed.
May his Example Contribute to Emancipate the Mind from the
Idle Fears of Superstition and the Wicked Acts of Priesthood”.

Yes, you’ve guessed it, he was a monster raving Atheist. And this unusual and personal interment should have been the end of it, BUT when his wife died in 1788, the House and grounds at Easy Hill were sold to a John Ryland, and the Estate Agents blurb makes it sound quite commodious…

The Out Offices consist of a large kitchen, with Servant's Rooms over it, a Butler's and a Common pantry, - two Pumps, one hard and the other soft water, a four-stalled Stable, and a Coach House, a good Garden, with Green-House, and Garden House, spacious Warehouses and Workshops, suitable for the Mercantile Business or any extensive Manufactory, together with about seven acres of rich Pasture Land in high condition, part of which is laid out in Shady Walks, adorned with Shrubberies, Fish Ponds, and a Grotto; the whole in a Ring-Fence, the great part of it enclosed by a Brick-Wall, and is, on Account of its elevated situation and near affinity to the Canal, a very desirable spot to Build upon.

Now this sounds very impressive, but unfortunately, John Ryland must have mixed with some rather dodgy radical friends and as a result of this, the Easy Hill House was burned to a crisp during the Priestley Riots in 1791. To make matters worse for the slumbering Baskerville, later, the old Windmill base was eventually demolished when Thomas Gibson, a Cambridge Street iron merchant who had acquired the land, built canal wharves on that particular spot. Not until 1820 however, when these wharves were extended, was Baskerville’s coffin exposed. And not until a further five months elapsed, whilst the coffin was stored in his warehouse, was someone curious enough to lift the lid and take a peek inside.
Aris’s Gazette of 28 May 1821 described the body as being “in a singular state of preservation…wrapped in linen shroud very perfect and white…the skin on the face was dry and perfect…eyes gone…but eyebrows eyelashes, lips and teeth remained” (I left this gory bit in for Sinner). It goes on “because the body gave out an exceedingly offensive and oppressive effluvia strongly resembling decayed cheese” the coffin was quickly sealed, but it lay in Gibson’s warehouse for another eight years until August 1829, when it was removed to Job Marston’ shop in Monmouth Street.

PART 3. The Journey continues.
So, up to September 1829 the saga of Baskerville’s bones, though strange, had been relatively straightforward. Now the real mystery crept in. The Birmingham Journal of 5 September 1829 included this short note:
“Baskerville. The remains of this singular but celebrated man (after an exhumation of seven years) have been buried once more, in a piece of ground adjoining Cradley Chapel, the property of a branch of the Baskerville family.” How this story originated is not known, but two others were also bandied about – that the Baskerville coffin was in a vault beneath St Philips Church, or that it had been secretly interred in Mrs Baskerville’s grave.

The coffin had certainly become an embarrassment to Job Marston, though another fifty years was to elapse before, on 22 November 1879, a letter from W.J. Scofield of Hamstead in the Birmingham Weekly Post gave a true account of what did happen in 1829, as told to him by Marston’s widow.
It was that, when the Rector refused Marston Permission to bury the coffin at St Philips because of Baskerville’s atheism, a bookseller named Knott offered the hospitality of his vault - no 521- in Christ Church catacombs. Thus it was that churchwarden Barker connived with Marston, and the clandestine interment took place.

Corroboration of this came on 12 April 1893, when interest having been aroused once more by a lecture on Baskerville given by the author Talbot Baines Read to the Birmingham Archaelogical Society. Evidently, when churchwarden Albert Taylor, inspected the register of burials in the catacombs, he discovered that one fewer burial was recorded than there was vaults, and that furthermore, vault 521 was without a name of the occupant. So the Vicar, Canon Wilcox, opened the mystery vault on 12 April 1893 before an invited audience, which included the Mayor, pressmen, and other local worthies. And there, revealed again to the human gaze, was the by now battered leaden coffin. It bore the name John Baskerville in separate letters of printed type, soldered to the coffin. In chalk beneath had been written “Removed 1829”, whilst in faint ‘pinpricks’ was the legend “Died 1775”. Pretty convincing stuff.

However, in the quest for final confirmation, once again the coffin lid was prised off. Understandably perhaps, by now Baskerville’s remains had deteriorated considerably since 1829, and presented to the chilled onlookers “no more than the osseus framework, covered only with brownish integument, upon which patches of white mould were growing”.

Now after this gruesome act, the coffin was resealed and put back in the Vault. Now funny enough, in opening the coffin Canon Wilcox had committed an offence by disturbing a grave without Home Office permission. There were even questions in the House of Commons from and to the Home Secretary Lord Asquith, but after due deliberation he let him off with a caution… No money is alleged to have changed hands...

PART 4. And they all lived happily ever after…didn’t they?

Following all this hoohah, as a result of the exhumation, Baskerville was accorded belated recognition. Outside the North wall of Christ Church a tablet was placed by public subscription “In these catacombs rest the remains of John Baskerville, the famous Printer” and signed by the mayor and others present at the exhumation.

So Baskerville was left in peace at last – but only for five years. Already the movement of people from the centre of Birmingham was rendering Christ Church redundant, and an act of 1897 authorised its demolition. The catacombs had first to be emptied however, and as no one claimed Baskerville’s battered coffin, it was re-interred in a vault beneath the chapel with most of the others at Warstone Lane Cemetery. The tablet from Christ Church was placed there in 20 February 1898. Baskerville’s last ride. However, he must have literary turned in his grave when the chapel was demolished in 1953, but the catacombs beneath were undisturbed.

So the Atheist of Easy Hill continues to lie in repose, but now in ground consecrated by the Church of England. Still no comfort.
One wonders, if given half a chance, one day in the future, he may yet make one more journey to less hallowed ground. Villa Park maybe?

Re: Some great men of Birmingham..

I totally agree Charlie. I have so enjoyed reading about Joseph Gillott buried at Key Hill cemetery now you know why I was so interested...ha ha

I have also found the stories about John Baskerville fascinating. I copied this several years ago from a microfiche from Christ Church burials.

In these catacombs rest the remains of John Baskerville the famous printer. He died in 1775 but the place of his burial was unknown until April 12[SUP]th[/SUP] 1893, when the opening of the unregistered catacomb no 521 disclosed a coffin which on further examination was found to contain his body. The remains were left intact and the coffin was replaced in the catacomb and the proper entry made in the burial register by the vicar.

Representatives of the local press and others

Re: Some great men of Birmingham..