A No 6 tram from Perry Barr leaving Stafford Street towards Dale End as a No 8 Alum Rock tram waits in James Watt street to enter Coleshill Street.

Tram 54 on the Coventry Road returning to Station Street c1910. Some nice street furniture in the pic with decorative gas lamps and tram poles. I think the location of the tram is where I have marked a circle on the map and also marked a pub (PH) which could be the one seen on the right in the pic. Does anyone know the name of the pub?

Thanks Mike, after I posted I later found we have a 'Pubs on the Coventry Road, Small Heath', thread.

Car 54, belonging, at that time, to City of Birmingham Tramways, was built in 1905/6. The tracks and infrastructure were owned by the Corporation but leased to the company; operation commenced in 1904. The horse trams ceased in 1906 and the steam tram lease expired in 1907. This tramcar could have run on those routes after 1907. The last day of 1911 saw all routes passing to the Corporation.
This class of cars received top covers in the period 1911 - 1925, were re-motored and some got bow collectors fro the 32 Lodge Road route in 1924. Many had long lives, withdrawals commencing in 1930 until 1937. However those on the Lodge Road route survived until 1947 on closure of that route.

Super pictures you rarely pictures so clear thanks for showing them

A No 8 tram at the terminus by the Pelham Arms. Two electric lights appear to be suspended from a cross wire beneath the tram power lines.

Car 793, a 1928 car which survived until 1952, is seen in the pre 1946 style with shaded numerals. Fitted with a bow collector and carrying a slogan on its fender, authorised by the transport department, stating "cross crossings cautiously". I have seen another photo showing a slogan on a different tram regarding evening class enrolments.

Trams at Salford Bridge. A No 78 inbound to the city has stopped and a young girl steps off. An outbound No 64 has also stopped but people in the shelter appear to be waiting for another tram.

Car 578, built 1913/4 survivors of this class lasted until 1950 - 1953.
Car 654 was newer, being built 1923/4 lasting until 1952/3.
There seems to be at least one other tramcar behind 654 and I guess that would be why the passengers are not boarding 654 which, being on the 64 route, was only going to High Street, Erdington. Maybe a route 2 going further is one of those behind or of course they may be awaiting for a 78 or 79. No need for those large shelters this day as it seems to be a pleasant morning or late afternoon.

A photo of two trams outside the Moseley Road Tram Depot offices at Trafalgar Road and a recent view of the building.

Recent pic of the building.

A tram event in Soho Road by the old Handsworth Council House.

Found a couple of old buildings in Bilston on Mount Pleasant.

One of them is listed as Prospect House. It was formerly the Office of Wolverhampton District Electric Tramways Ltd.

Building to the left is now a Sikh temple. 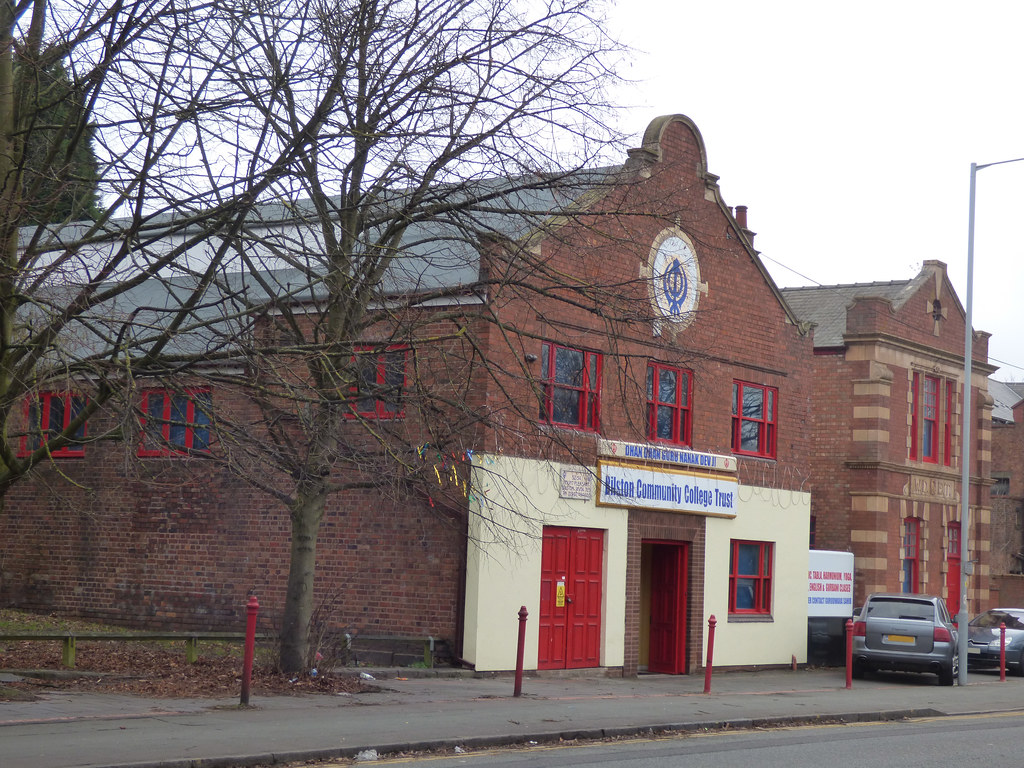 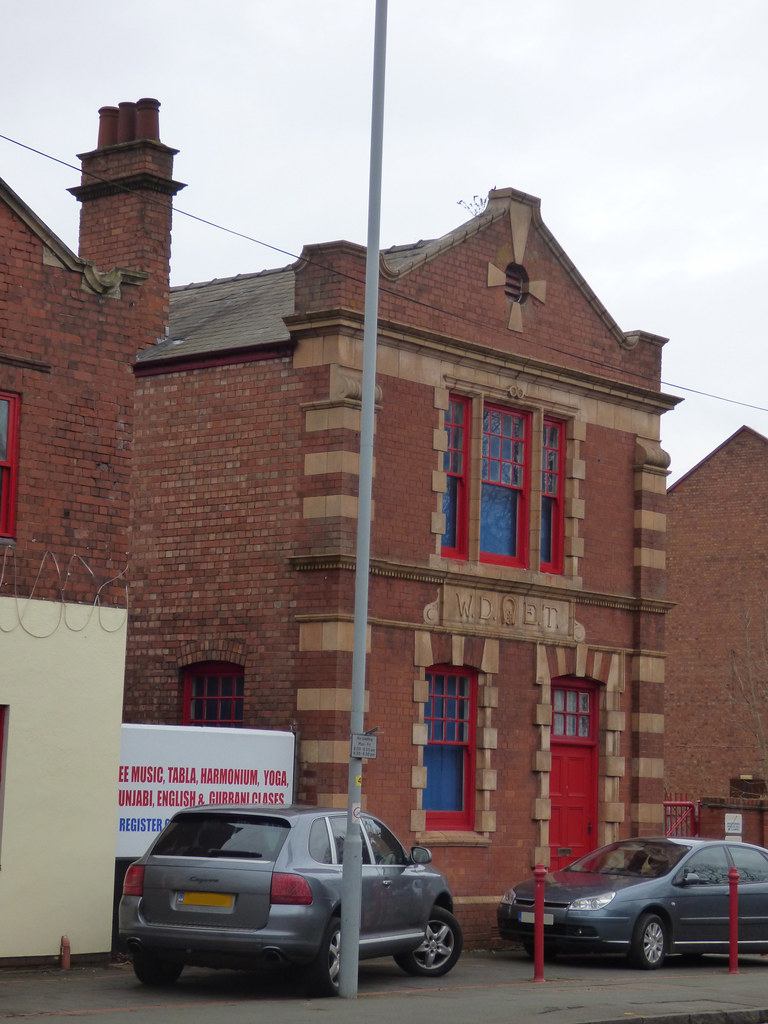 I've heard of an incident regarding this, apparently Handsworth Coucil objected for some reason, ans parked a steam roller across the tracks during the night of the change, so the first cars could only go as far as the town hall (behind the trams in post #193). Some hasty negotiation allowed the services to continue.

Martineau Street was a favourite place to photograph trams and tram 20 No 6 Perry Barr waits at the terminus. There are often interesting things to see around the trams and I see Jeromes Photographic Studio on the left. Many parents in the 1940s would smarten up their kids and take them there to be photographed. I was smartened up and taken there and have the photos on the forum here ...
https://birminghamhistory.co.uk/forum/index.php?threads/my-family-snaps.16090/page-7#post-416542
Also in the tram pic, flower sellers can be seen on the pavement in front of Dolcis.

Car 20 (of the class 1 - 20) was one of six which survived WW2. Built in 1903 it lasted until closure of the 6 Perry Barr route in 1949. These cars soon gained a roof 1 - 10 and then 11 - 20. Cars 11 - 20 were taller than most other trams at 16'3" - 9" in fact more - so the cars, based at Miller Street, were usually to be seen on the 6 route as there no height restriction on that route. 1949 pictures of this tram, at the same place, show it in the simplified 1946 livery, with pre war style numerals (same as the photo here) but the cream rocker panel (the part above the wheels) was blue rather than cream in union with the front and panel where the crest appears. It is suggested that these 11 - 20 cars has straight tops to the upper doors leading out to the balconies whereas 1 - 10 had an arched style. This dates the photo as between 1946 and most likely 1948. I don't believe it would be repainted in the year of its withdrawal. But who knows!
Preedys is just out of camera - left. Dolcis apparently has an x-ray machine at the time so you could view your feet. This was thought dangerous by some people.
It could be one of those dear flower ladies who gave me 2d, to pay for my bus journey to Hall Green as it was around the time of 1946 when I got 'lost' in the city. I recorded this elsewhere, probably in a Corporation Street thread.

The occasion was the opening of the Corporation electric tram operation which replaced the cable trams on this road - the slot for the cable grippers is still visible between the running lines. Its 1 July 1911.
You must log in or register to reply here.
Share:
Facebook Reddit Pinterest Tumblr WhatsApp Email Share Link
Top