People writing about the unhealthy food we ate in the 1950s Fry this, fry that, chips with everything. But at our house, we did eat at least fresh home grown veggies. Also Dad, had Rhode Island Chickens he raised, that we ate FRESH right after he had chopped their heads off!!! No Vitamin pills then, I also remember drinking fresh milk from a farm with the cream on the top. Plus going to Harding,s bakery and eating warm fresh bread, But now 84 years young guess it worked for me?
G

Astoness said:
thanks ell...bit off the subject here but i sincerely hope that the powers that be have a bit of money left over to tidy up the digbeth/high st area...i was up that way the other week and as i stood outside the coach station on the high st side i looked left and then right and i thought to myself if i was a tourist taking in the same views i would turn round and go straight back home again...
lyn
Click to expand...

NOTE: This reply was first posted in another topic (hence the off topic comment below) but was moved here by the admin people.

As you say off topic, but I think the area around the Digbeth coach station and Digbeth in general will see massive changes over the next decade or so (though being 68 I am not sure how much of it I will see).

First of course the huge Wholesale market will be moving out of its present site just south of the Bull Ring in a year or so.

Unless you look at Google Maps (or similar map) it is hard to tell how large the Wholesale Market is but it is MASSIVE, and when it goes this will leave a HUGE area ready for redevelopment.

Also of course the area just North of Digbeth (near Curzon Street and New Canal Street) is going to be the site of the HUGE HS2 train station.

Also there are plans to bring the trams down to Digbeth as well.

So for example when the HS2 station opens many people will want to live nearby so they can get on the train and be in London in 45 minutes. For many people who WORK in London that is a reasonable commuter time (some people take longer than that to get from the edge of London in to central London).

So I can imagine many new flats will be built in Digbeth, some people may even move FROM London to live in Digbeth and go to London by train every day.

In fact some flats are already being built in Digbeth, for example Fabrick Square which consists of 300 flats (all sold already) in the old Harrison Drape factory, see web link below

I can see dozens more like this being built in the next decade or so and Digbeth will change dramatically over that time.

I think Digbeth may well become a very desirable place to live being so near the city centre and the BillRing, also once the HS2 station is built and the Wholesale Market site redeveloped.

Staff member
But even more exciting if people did not just move homes to digbeth, but the jobs came to. London is a frammed sardine can , with far too many people working there, as opposed toother parts of the country.
S

Mill Lane where it leaves Digbeth.

Staff member
Re photo #65. Possibly lunchtime with ladies in green overalls about to cross the road heading back to work ? Wonder where they worked ? Viv.

Staff member
Yes Lyn they are. Think it's a Phyllis Nicklin photo. How very perceptive she was in her photographic recordings of the move from old Brum to the new-1950s/60s Brum. Viv.

Staff member
Re post #64. Must have been about 1964 as the board bottom left is announcing the opening of the Bull Ring Market. The building bottom right is interesting. Marked "June Dairy". Any ideas what this was ? Looks almost next to St Martin's. Was it a temporary/mock structure ?

Thanks for posting Stitcher.

Post 65 shows the parking lot which Midland Red buses used for many years. I remember looking there many times to see if there were any unusual buses there which I might not have seen before. Many buses from the outposts if the Red sometimes turned up there. Remember that as well as "The Friendly Midland Red" there was another earlier slogan stating "All Over The Midlands", and they certainly were. Their service buses (as apart from touring coaches) could be seen as far away as Whitchurch (Salop), Stafford, Melton Mowbray, Northampton, Oxford, Gloucester and Hereford to mention just a few compass points.
The excavations in the photograph I believe are part of the road widening scheme, delayed by WW2, though Deritend and Digbeth.

The S. Rose & Company Ltd building seen from New Canal Street in Digbeth. It was used in 2016 for filming of Ready Player One (opening in cinemas March 2018).

On the corner of Bordesley Street. 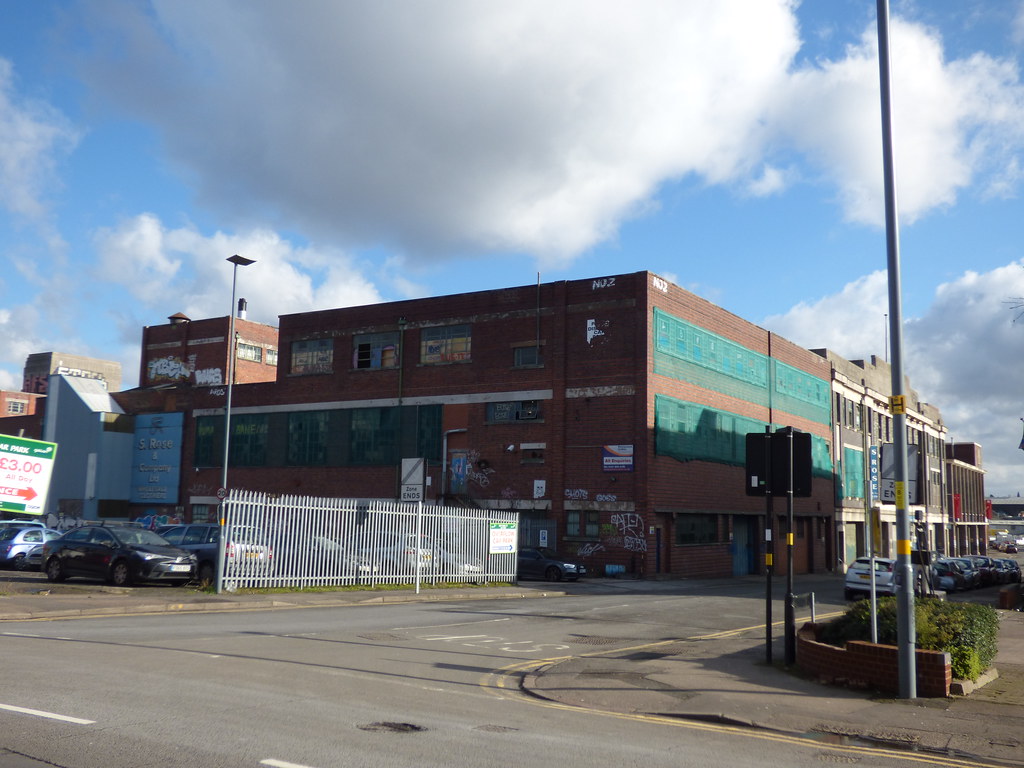 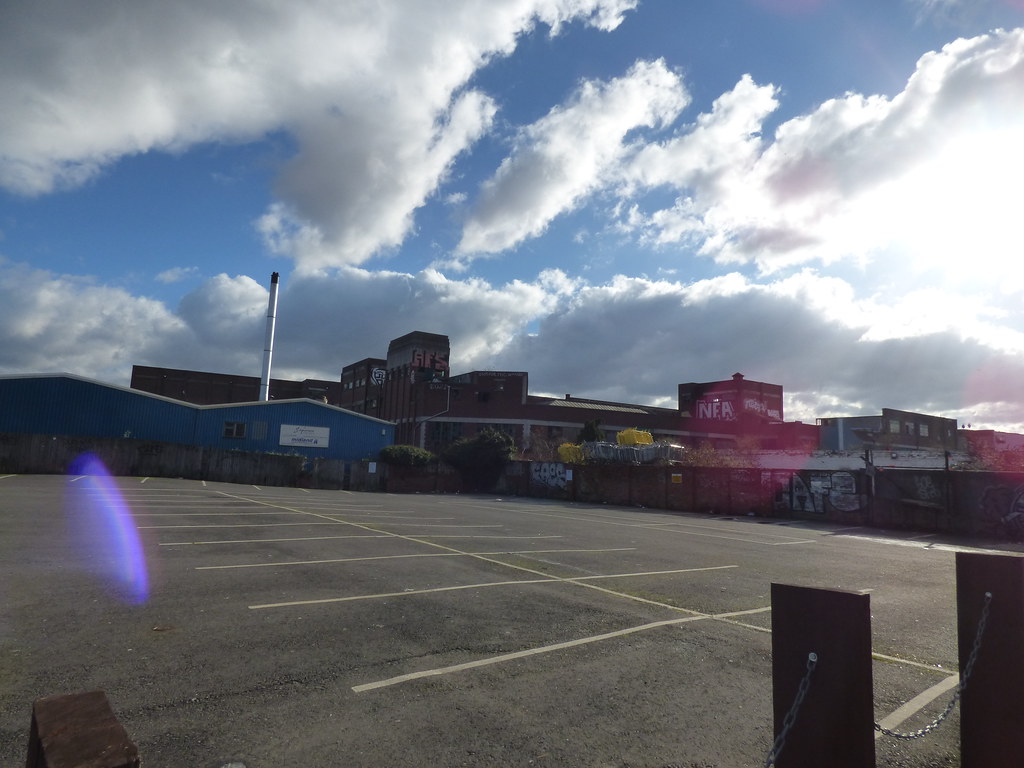 Staff member
Shall always remember that as, I think after it had gone from Cadbury to Premier Brands, there was a TV advert that went "Who put the T in Typhoo", and for some time the big illuminated sign, visible from the train, which should have said Typhoo, hadf a defective "T" so showed as yphoo

I wonder could this scene depict the rear of the Old Crown Inn?

Staff member
If it is really Digbeth then technicslly it could not be, as the Old Crown is actually (just) in Deritend

Whichever place it is in the drawing, while very nice, is a 'chocolate box' style image; it fails to portray the squalor of the mid nineteenth century in such places.

Staff member
It's labelled as Digbeth. The prints are are online via JSGallery. It's called the Thomas Underwood Collection, but no idea whether that's an artist, or someone who collected them .

Yes Pedro, the SWTNecks was from the same collection. Shall post others as, although they're quite sentimental, they give us a glimpse of the places. Viv.

Staff member
From the same collection, the White Lion in Digbeth drawn in 1835. Viv.