Robert L Chance (1782-1865) purchased with his brother William Chance (d 1856) a glass manufactory in Smethwick, in 1830. They were the first in Britain to establish the manufacture of sheet glass. The company supplied all the glass for The Crystal Palace. Two of his sons R.L.Chance (1821-1897) and John Homer Chance (1827-1900) became parteners in the firm in 1846 and 1853 respectively. Chanc glass were the inovators in producing optical glass and they supplied the glass for light houses.

In 1862 the company moved the Chemical side of the company to Oldbury in Worcester. The huge chimneys were typical of alkali works, they were built to release hydraulic acid fumes which were produced in the manufacturing process into the upper atmosphere and defuse there poluting effects, the attempt was not successful and led chemical manufacturers to develope means of condensing acid vapor before releasing fumes into the air

Chance glass was well known in the 60's and 70's for their glass ware like the handkercheif vase.
Some of the Chance family are buried at Key Hill Cemetery.
B

Momma P, I have kust been looking at your 2006 post re Chance Brothers, my Great Grandfatherx2 Edwin Bigland was a Stained Glass Gilder at Chance Brothers and represented them at the Great Exhibition in Hyde Park in 1851- I have found him lodging in Devon on the 1841 census so think he may well have been there with regards to the optical glass for lighthouses

Bigland how wonderful for you to have an ancestor connected to such a famous company. Have a look at the Handsworth site as John has posted. There is a picture of the interior of Crystal Palace on the John Henderson thread. Fox Henderson built the frame and Chance Bros filled it with glass. There is a member on the site named 'Last Chance' who has a large collection of Chance Glass. He is righting a couple of books about Chance Bros. I am sure he would be interested in your connection send him a PM. Good Luck. Wendy
L

Thanks Wendy, I have just finished the first book on the history of the domestic glassware produced by Chance: www.chanceglass.net

Other links of interest:

https://www.revolutionaryplayers.org.uk - brilliant for anything related to Midlands Industry.

Staff member
Strictly speaking just outside the Birmingham area, but perhaps of interest. On Wednesday I attended a meeting in Sandwell council chamber on the future of the old Chance factory in which a short film was shown. A trust has been formed, which gained charitable status last year and has already managed to obtain some monetary support. they are working with the owners of the site, and hope to be able to purchase it in the future. The meeting discussed the future plans, which are still very plastic, but involve various possibilities for retaining and restoring some buildings and building some new buildings, which could be leased out to provide income for the trust. Two ideas stood out as possibilities. the first is the construction of a lighthouse (Chance was the major producer of lighthouse lenses at one time), for which they already possess a lens (though unfortunately it seems unlikely it is a Chance-manufactured one) to be positioned at the far end of the site. It would be a working lighthouse, though not in operation all the time, and could be accessed by the public. The second is the reconstruction of the canal basin which was used to transport materials, but has now been filled in , and is at present used as a car park. It is hoped this would attract visitors both by water and otherwise, with suitable small cafes etc around it.
The meeting was very well attended, indeed, as the councillor introducing it pointed out, very much more so than their council meetings. After there were two workshops,
though the one I attended was more a mobile meeting and discussion with people moving round and talking to others.
The film shown can be seen on the West Midlands history site at https://historywm.com/films/chance-brothers-a-beacon-of-hope-for-the-black-country/ and can also be assessed on the Chance Trust website at https://www.cgwht.org/, where some further information is given.
Another film describing Chance is also on the West midlands history website at
https://historywm.com/films/chance-brothers-pioneering-glassmaking-technology/

Staff member
thanks mike its of interest to me as i have been watching the old chance building for a few years now..my grandad worked there and i managed to get his work records from west brom library..the idea of a lighthouse sounds exciting and i do hope that the building can be retained and part of it atributed to chances glass...

That all sounds very exciting. The restoration of the original buildings, reinstating the canal basin and building the lighthouse. Looking at the plans the proposed new buildings don't impose on the originals which is very positive too. Any development that celebrates the history of Birmingham and the Black Country is always most welcome.

I indirectly took a photo of it in the middle of March while on Spon Lane South in Smethwick. 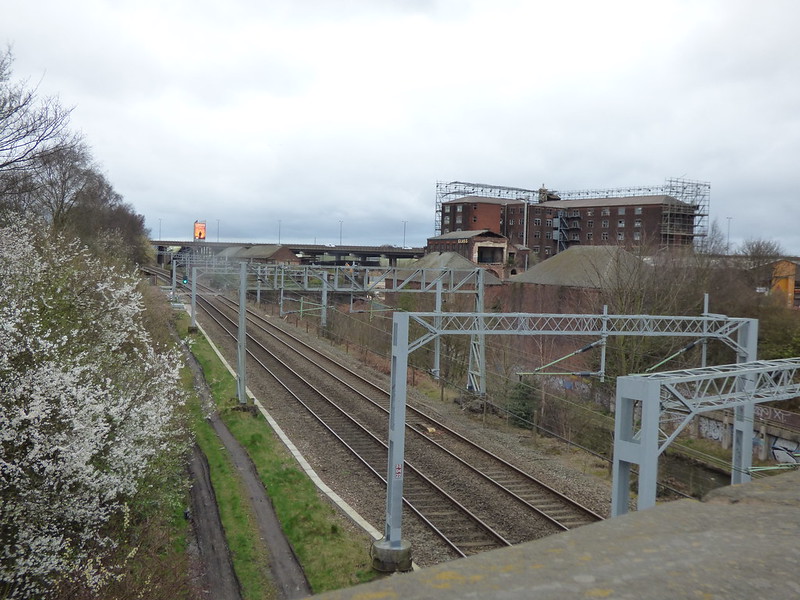 Also saw this building Chance House and a plaque 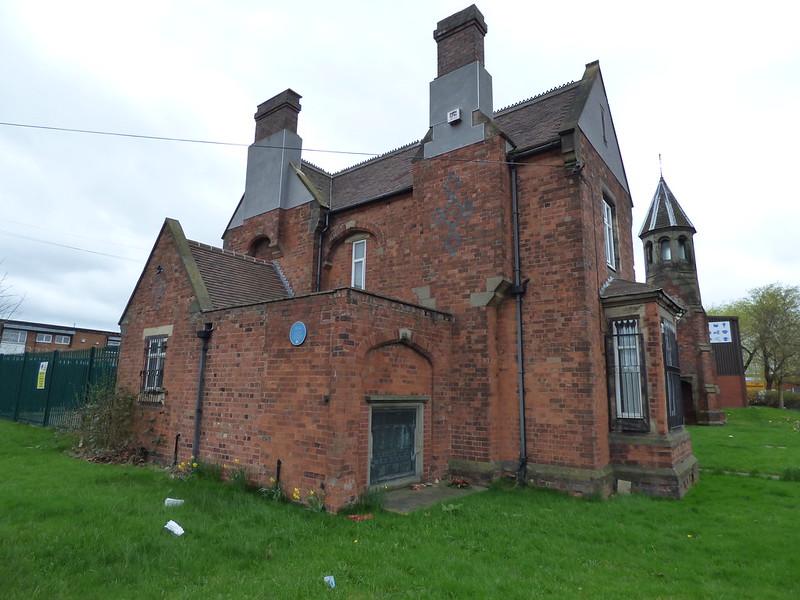 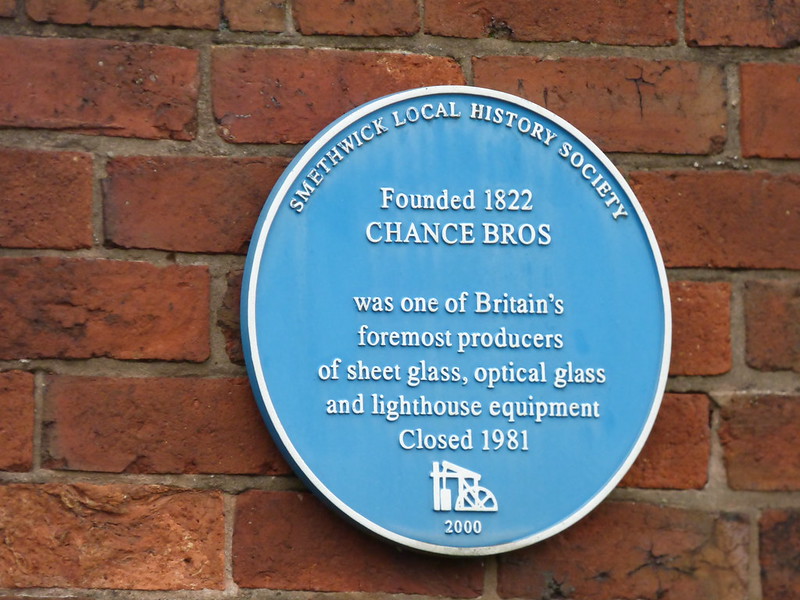 Staff member
Here are some photos i took from th etrain (so slightly blurred, though I have tried to correct for it), showing the big job they have there.

Staff member
mike i got a bit closer a couple of years back...note the guard dog behind the bars photo 1..he was not very happy at all lol

once again i say well done to the people of the black country...they really DO care about their history and historical buildings and to boot a plaque which i did not know about...

Hi Mike
If my memory serves me correctly i beleive the chance glass company moved in to the corner of chester street
Premises which was on the corner of chester street and rocky lane it was the old midland electricity board office
this being Chance Glass Company you are speaking about and this thread was on about eight years or so back
And there was a photograph of it
my oldest brother served is Apprenticeship there at the old MEB Board when they was active
this was around the 1957 period
so i think it would have been around the mid sixtys / seventy Glass chance was there
Best wishes Alan,, Astonian,,,,

Staff member
When exactly was this Alan?. There seems to be no mention of Chance there in Kellys from 1968, after MEB left, up to the last one in 1973

Staff member
i agree mike...chance glass did not close its glass works in spon lane until 1981..as we can see by the photographs of it it was a massive works so an old meb showroom would certainly have not been suitable for production
B

Interesting thread - good to know that at long last something positive will (I hope) happen with the old Chance works. I visited a few times, representing my old firm which dealt in industrial textiles and heat-resistant materials - we supplied Chance with asbestos! That's what they wanted, and that's what they got! It was a fascinating place inside, a strange combination of old and new techniques. After Spon Lane closed they moved part of the operation to Malvern (close to Morgan Cars, another Great British Name) and we still supplied very occasionally at the time I retired. They're still in business, so the name has been kept alive. We also supplied a small split-off company formed by a couple of Chance's old management team, but I don't know if this enterprise is still going - their speciality was the connector at the rear of TV tubes, and tube TV's are now history.

Staff member
how lucky to have visited the chance glass works G...i bet not many can boast that...

yes they wa there for a period i think it was just for storage of glass i think it had to be a good few years back
i lived along the road on lichfieldroad i also worked at boxmag ltd along the road from them chester street
they had three large windows along the corner on chester street with panes of glass in it
and there poster boards displaying there names in huge boards and like i said they was on this forum all those
Years ago and they also had left before it was mentioioned on this forum
i would have thought jim may had got a picture but there again as stated all was chang ide
but i do know they was on the memory,s of people went they was on here
obvisiously these old members have left
but there is an old member knocking around today sending out old pictures of brum
and they are old pictures thats been on this forum years ago
my mrs loggs in every day this guy is doing it i hope this will be bearing fruit to me
she gets them on her moblie phone that what he does
i have got a name of him but i will not publish is name
I am like a dog with an old bone wont forget Astonian,,,,, Alan,,,,
B

my visits must have been in the mid-1970's, and IIRC even then only a part of the premises was still in use.

As a rep I used to visit many companies no longer in existence, especially foundries and metal-bashing firms. Sad.

Staff member
hi G well post 4 shows a pic of chance house taken by ellbrown so hopefully he will be able to tell us the exact location of it...i must have missed it when i was there a couple of years back

Lyn - Chance House is on the corner of Spon Lane South and Crystal Drive.

In this view from Crystal Drive, it is next to The Old School House. Neither are listed. 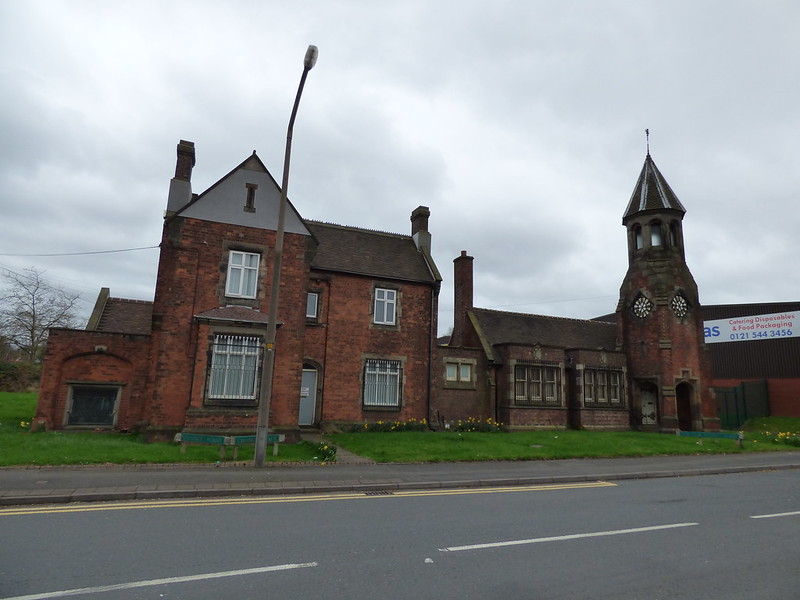