I can understand Rackham's wanting nice new larger premises but why Harrson's had to go so they could put a hole in the ground I will never understand, I've never quite worked out what is was or why it was there as as far as I could see it served no useful purpose.

Viv, in your postcard (post 258) you can see at the far end the rounded building which became known as Harrison's Corner seen close-up in photo 2 of post 259.

Staff member
Bull Street all decked out for King George's coronation in 1937. Viv.

Staff member
This is the old coach yard at the back of Bull Street (from the Shoothill site). Any ideas where exactly this was? Viv.

This very image, with the same question was asked on the forum a short while back, I think it was Mike that answered it then with a map. I'll leave him to point to his post, because I can't quite remember where the post was made.

Staff member
Other versions of this photo name it as the Old Coach Yard of Bull St. On 1839 and 1828 maps the alley at the back of the Stork Hotel is named Coach Yard. this is off bull St, so assume that this is the same

Staff member
Thanks both. Viv.
R

This is a photo on Getty looking down the lower half of Bull Street (between Corporation Street and the News Theatre at the High Street junction).

Is the first street on the left the old Coach yard widened by the the time of this 1962 shot? Corporation Street ran straight past the Stork Hotel and therefore this passage would lead straight to it.

Staff member
Richie.
I think it will approximate to an extension of what was Old Coach Yard ( but by the time of the photo it is Dalton St), though, on the c1839 map there seems to be no entrance at all onto Bull st.

Could it be a built over entrance, similar to that shown on the photo?

Staff member
Yes Phil it could now you mention it. the early maps gave no indication of that sort of thing, so it possibly could

Staff member
Rackhams on Bull Street - the early shop on the corner with Windsor Arcade. Is there a map showing 'Windsor Arcade' or has it usually been referred to as NW Arcade? Love the Edwardian ladies clothes displayed in their windows. Viv.

The North West Arcade goes from Temple Row down to Corporation Street.

A recent Bull Street photo with a pair of Midland Metro trams. 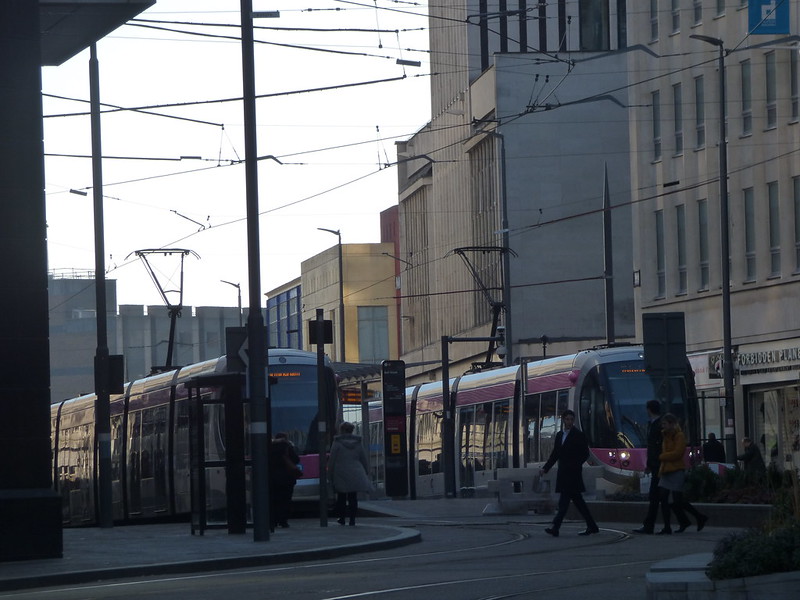 Staff member
thanks ell...just my opinion of course but yet another souless image..the city centre just seems to be losing all its character

The other side, (well half of it anyway) is being done up as "The Lewis Building" (where Lewis's used to be).

All the trees lining the route of the tramway extension were removed and not replaced.

Staff member
shame about the trees ell...they added a bit of colour...i guess thats progress for you

I was up there some months ago trying to find my way around and was curios about the trams
asking a couple of people which stop is it back down to new street
it seemed every one i aked had no idea which stop was going where, i met an old couple whom like me had never been back to the city
In years and we was both recalling the old town as we knew it and spoke of lewis garden on top with the big telescope
for an old penny input
i said i like the colour of the trams but not the thundering and creaking around we jumpped on and two stopps we was off it
and i said i feel it looks like a concrete jungle but i do like the idea of travelling to wolverhampton thou on it
best wishes Astonian,,,,

During the day, the wait between trams is 6 minutes. 15 on Sunday's. 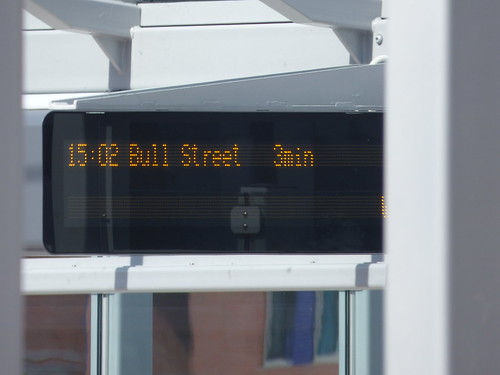