Staff member
how strange viv...wonder what happened and why they were removed..i was there round about 62 singing in the school choir but my memory is very vague about that

Vivienne14 said:
This interior photo shows panels of paintings or murals on the walls above the side balconies and either side of the organ. I certainly don’t remember these when I visited the TH in the 1960s onwards. And they’re not there today. Viv.

This is how i remember the TH when i sang there a couple of times, with the pupils from Loxton Street School. Fabulous building.

Staff member
There was little or no decoration on the panels in the 1800s except for a little floral pattern to the side of the organ in 1850. I think the panels must have been painted in the 1900s. Perhaps it was part of a major refurb in the early 1900s. From what I can make out from the photo in post #439 the panels have a classical look to them. By the 1930s there were no decorated panels,

In the 1840s there were sconces (for candles I assume) attached to the the places where the later painted panels appeared. By the 1850s these have gone as there seems to be gas light installed. Viv.

Not been inside myself, but this photo taken by my mom at wedding in 2013 in the Town Hall. 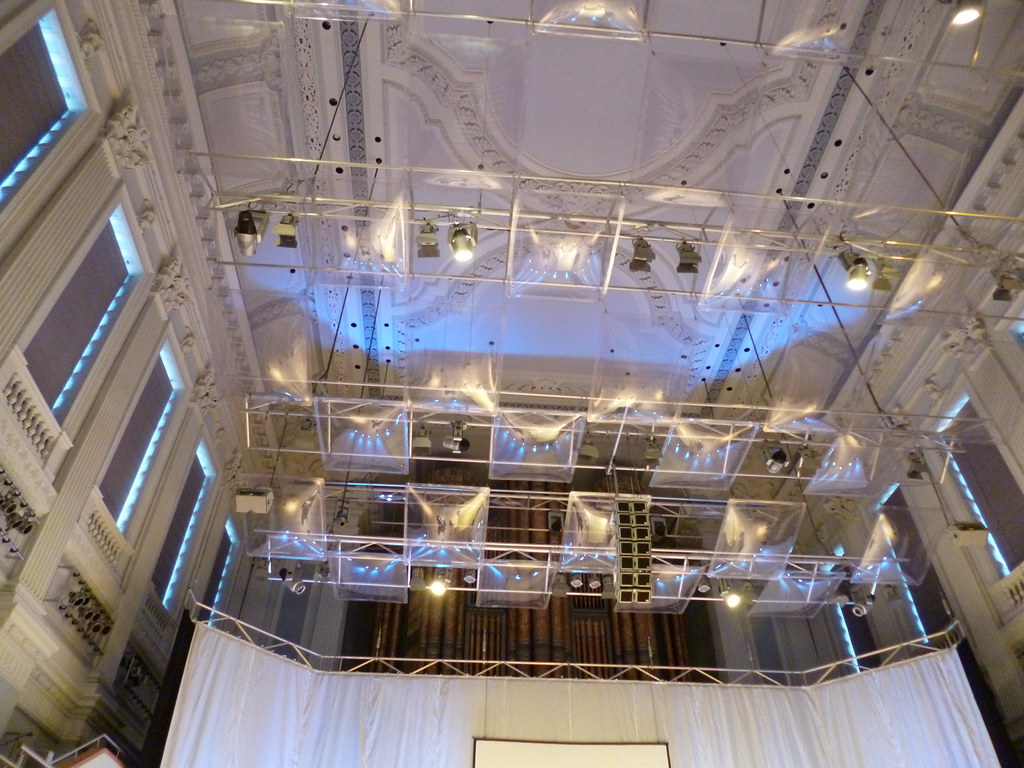 Staff member
Anthony Peers book on the town hall gives the story of these paintings, which were suggested in 1891 dedecoration scheme. the canvases were painted by students of the College of Art, and represented periods of Birmingham history. They were also considerably cheaper than the Madox Brown murals originally suggested at £375 each. They were hung over the next 10 years , the last being "in the first three years of the 20th century".They were removed in advance of a scheme or works 1926-7. Iti sis commented that although supposedly abut Birmingham history, events in the mercentile world were omitted (ie Watt, Boulton), as were the reform movements of 1831-2. The paintings titles are listed by Peers. They were rehung in the historical museum in Cannon Hill Park , and last seen 1939. Present position or fate unknown

Staff member
Thanks Mike. I thought there surely must have been a mention of them somewhere ! There were a lot of them too. I thought they must have been movable, if they’d been painted onto plasterwork they’d have probably been in place for longer. I suppose with a refit/upgrade of the Hall they were considered unsuitable or outdated. The fact that they omitted manufacturing and reform history must have been disappointing too.

Staff member
Looking at Ell’s photo in #444, the ceiling plasterwork is different now. The curved side panels look partly original, but the central piece looks to have been wholly replaced. It’s all much less detailed than the original. Viv.