Some lovely pics on this Lucas web site. Scroll down to see some detail about the previous picture on the Town Hall.

Staff member
1950 Jazz at the Town Hall. Did anyone go to the performance ? Viv.

Staff member
This image of the Town Hall may be around the 1830s, possibly not too long after it was opened. Presumably the 'festival' could have been a musical festival.

I see the building on the corner (Ann Street) also known as Allins Cabinet of Curiosities, was once a Suffields shop. (More discussion of the Suffields is here on Bull Street https://birminghamhistory.co.uk/forum/index.php?threads/bull-street.38748/page-15#post-601411)

It's nice to see some of the old images of the town hall it brings back alot of fond memories, especially where music concerts are concerned.

In the past I've been there on several occasions for both CBSO classical music concerts (school visits) and of coarse rock & blues concerts featuring the likes of BB King, Fleetwood Mac, The Who, ELO (original line ups) to name but a few (good times indeed).

Staff member
Viv
No 1 Congreve St is listed as being occupied by Samuel William Suffield, chemist, tea merchant etc in the 1829 directory. In the 1823 version it was another chemist. In 1829 there is also listed a William Suffield, bookseller,in Anne St, though no number is given. Possibly it was the same building. In the 1833, 1839, 1841 and 1845 directories Samuel is also at 1 Congreve St, though in 1841 he is listed as Samuel Wilson Suffield, and in 1845 address is given as 1 Congreve St ,Ann St, so in 1845 he definitely occupied both sides of the building. In 1849 no 1 Congreve st is coffee rooms and there is no Suffield nearby. There is uncertainty as to how accurate the dates of these early directories were, the survey possibly being several years earlier than publication date in some instances.
S

Staff member
Bricking up the Town Hall during WW2. Viv.

Things were going well for the Allies in September 1944 it appears. The 'blackout' became the 'dim out' as it was anticipated air raids were unlikely. However on the 9th. the first V2 landed on Britain. The Allies were making good progress moving southwards deeper into France and northwards into the Low Countries. Pockets of strongly held resistance, such as the Port of Calais succumbed to the Allies and the Allies entered German soil, in the region of Aachen, on the 10th. The only real set back was Operation Market Garden, which centred upon the Dutch city of Arnhem.

Staff member
Don't ever recall seeing these plaques inside and outside the Hall. Viv.

David Lloyd George visited for a talk at the Town Hall and there was a riot in 1901! 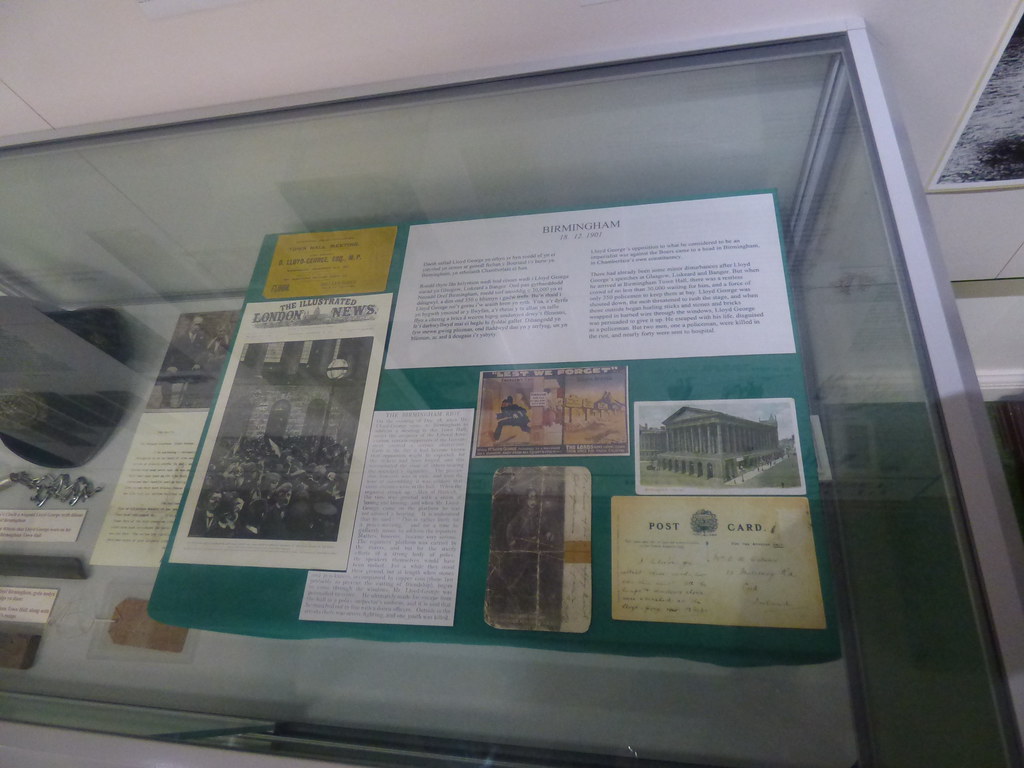 They also have a policeman's helmet and whistle, plus a bit of wood from the Town Hall. 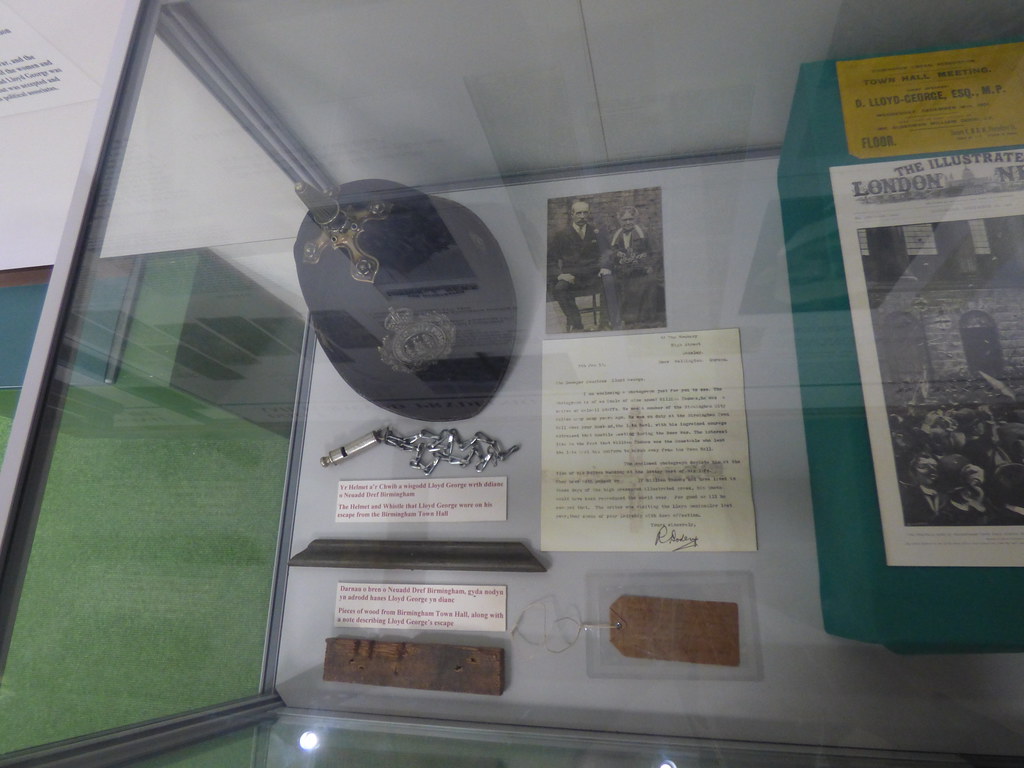 View of the Town Hall from Centenary Square. This was where Fletchers Walk and the old Conservatoire used to be in the way. Metro extension goes past on Paradise Street. 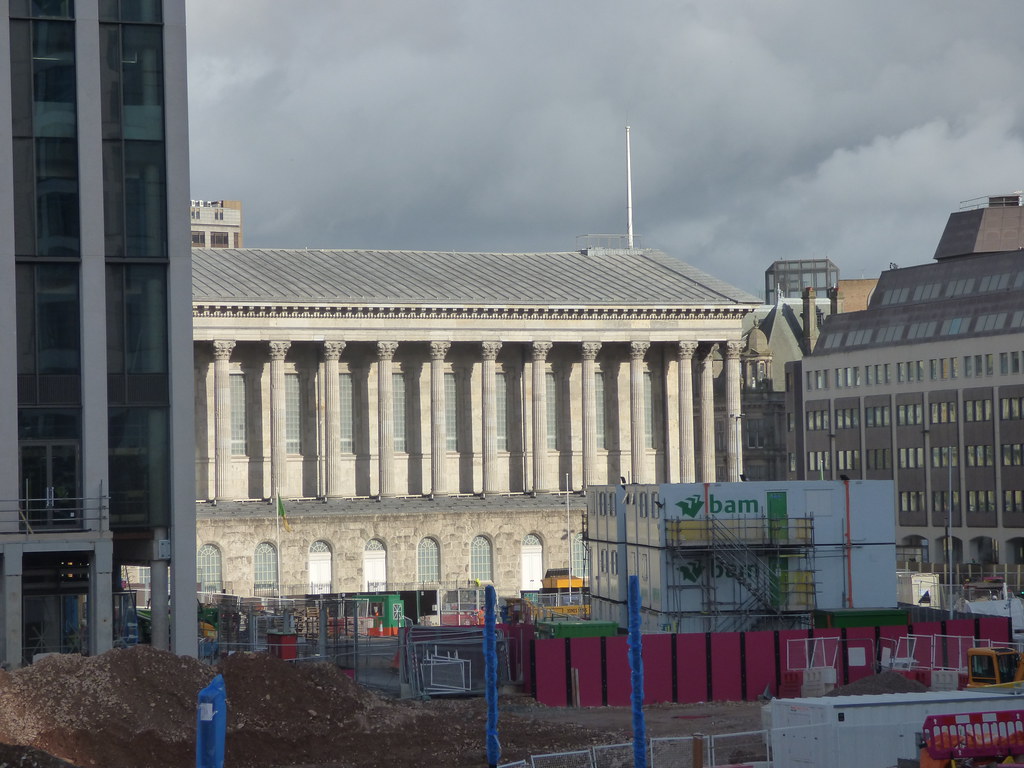 This view of the Town Hall from Paradise Street with a pair of trams at Town Hall Tram Stop on the right. 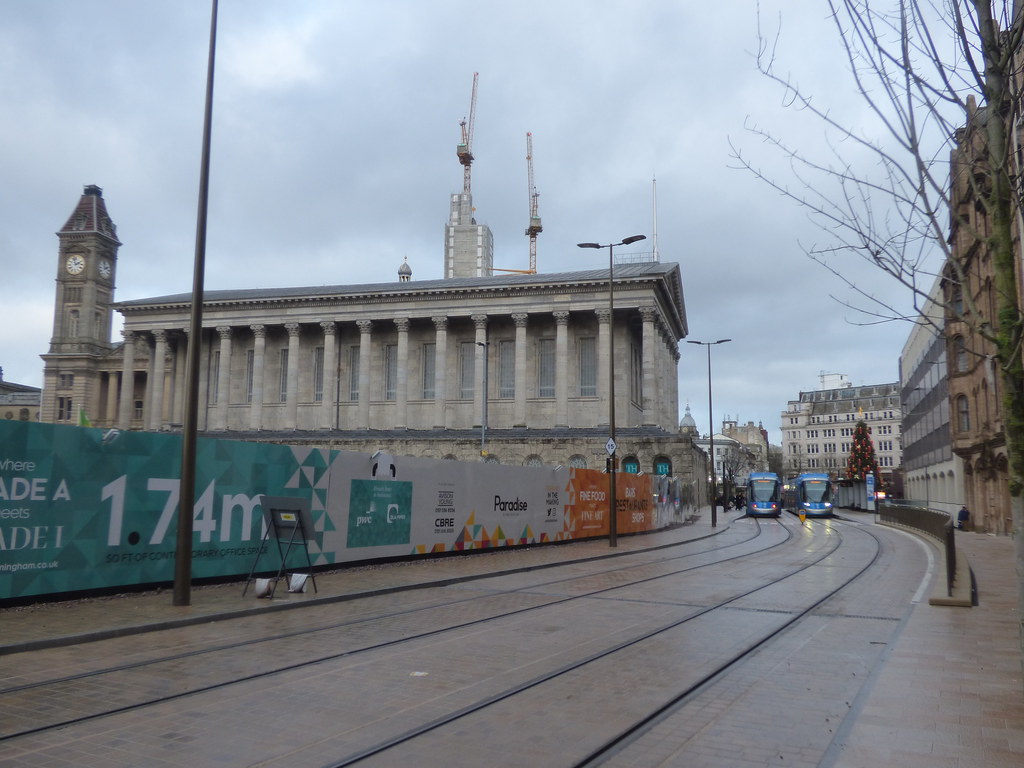 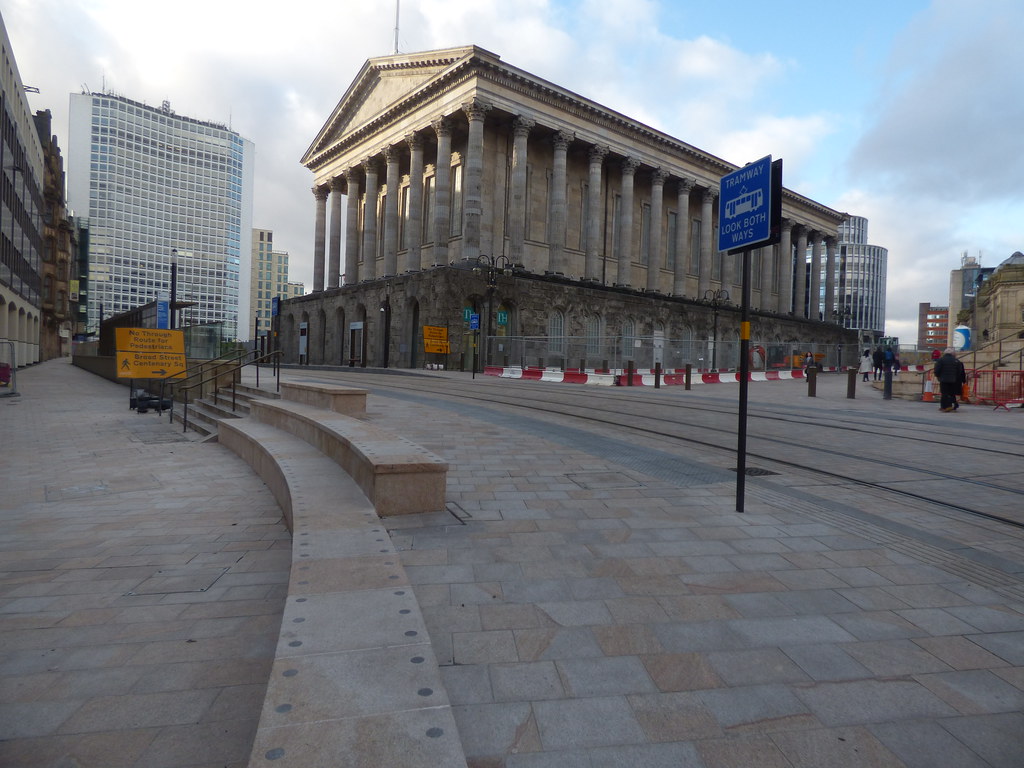 Staff member
This interior photo shows panels of paintings or murals on the walls above the side balconies and either side of the organ. I certainly don’t remember these when I visited the TH in the 1960s onwards. And they’re not there today. Viv.

I can't remember any in the late 50s, Viv, but I haven't been in there since.